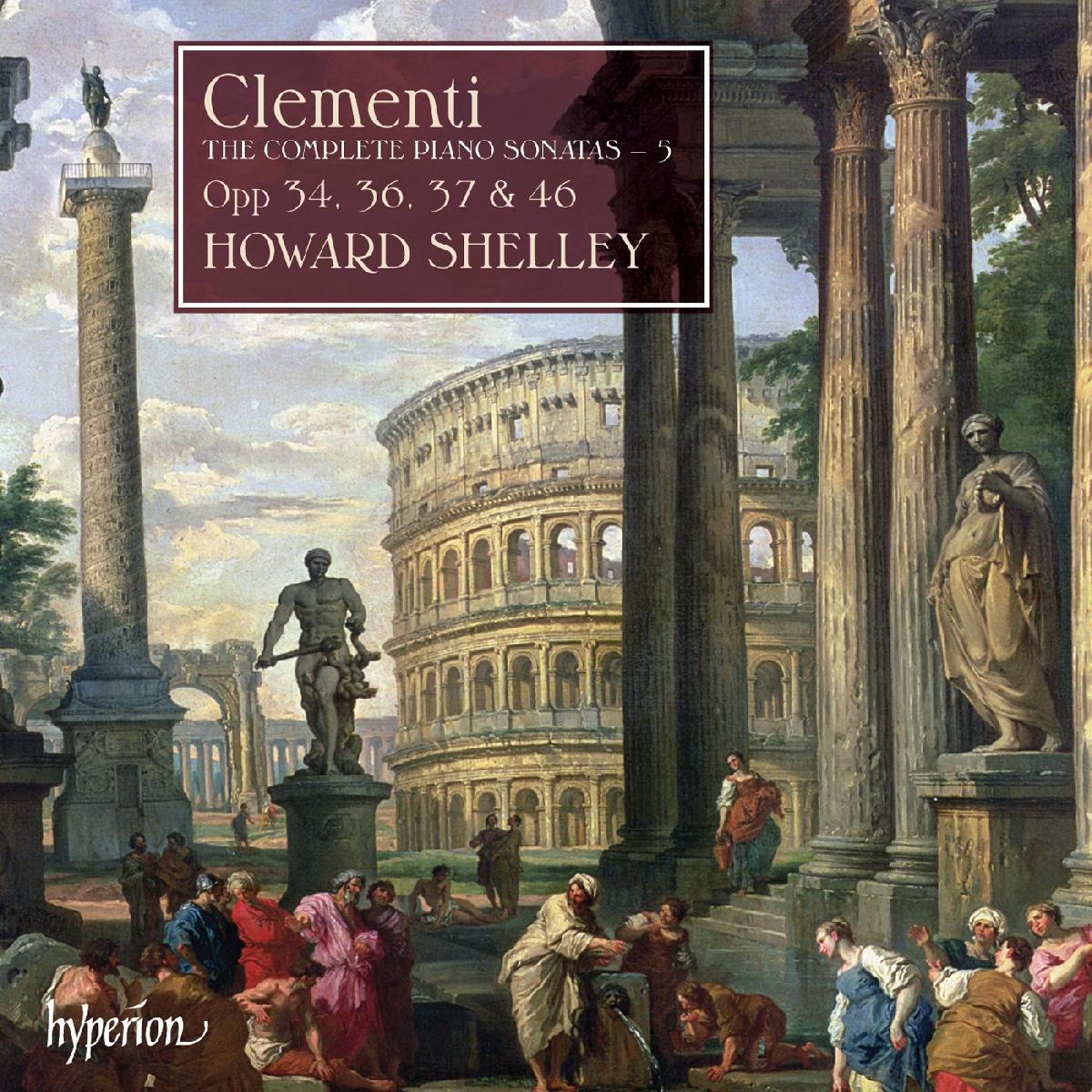 Howard Shelley’s acclaimed series of the complete Piano Sonatas of Clementi reaches its penultimate volume. In the latter half of the 1790s, when all the sonatas and sonatinas heard in this recording (with the exception of the Sonata Op 46) were published, Clementi apparently devoted his energies mainly to teaching. His pupils included members of well-placed families in London who were able to meet his reported fee of one guinea per lesson. He also had among his students aspiring professionals, including J B Cramer, Theresa Jansen, Benoit-August Bertini, and John Field.

The sonatas heard here, owing to their technical difficulty, appear for the most part to be addressed to such students and other accomplished pianists—and perhaps for Clementi’s own performance in private circles. The sonatinas are clearly intended for less advanced pupils; today they are Clementi’s most well-known works as countless young pianists are still given them for instruction. Therefore this set should be of particular interest to many of those pupils and their teachers.

'Volume 5 of Howard Shelley's exemplary survey brings us sonatas from the late 1790s … Several of the works in Vol 4 had a Haydnesque feel but here there seems to be a more personal style on show, busy with up-to-date, complex keyboard figuration yet also displaying natural shapeliness, as well as some moments of memorable individuality … Clearly played, intelligently detailed and perfectly recorded' (Gramophone)

'Shelley's playing is exemplary, with a gloriously fluent technique and a most perceptive interpretational approach … The Six Sonatinas here prove particularly nostalgic, core repertoire from many a pianist's childhood and perfect miniature paradigms of classical sonata form … Shelley is creating a benchmark for Clementi's solo piano music which I doubt will be moved in the foreseeable future and this volume's two-discs-for-the-price-of-one is an irresistible offering' (BBC Music Magazine)

'[Op 36 Sonatinas] You won't often hear them played as skilfully as here … Along with his best-known works, the 12 on this set include some of Clementi's best, the two sonatas of his Op 34, pieces that attracted the attention of pianists of the calibre of Horowitz and Gilels before the clear and disciplined Shelley. Prepare to be surprised by the strength of musical argument' (The Irish Times)