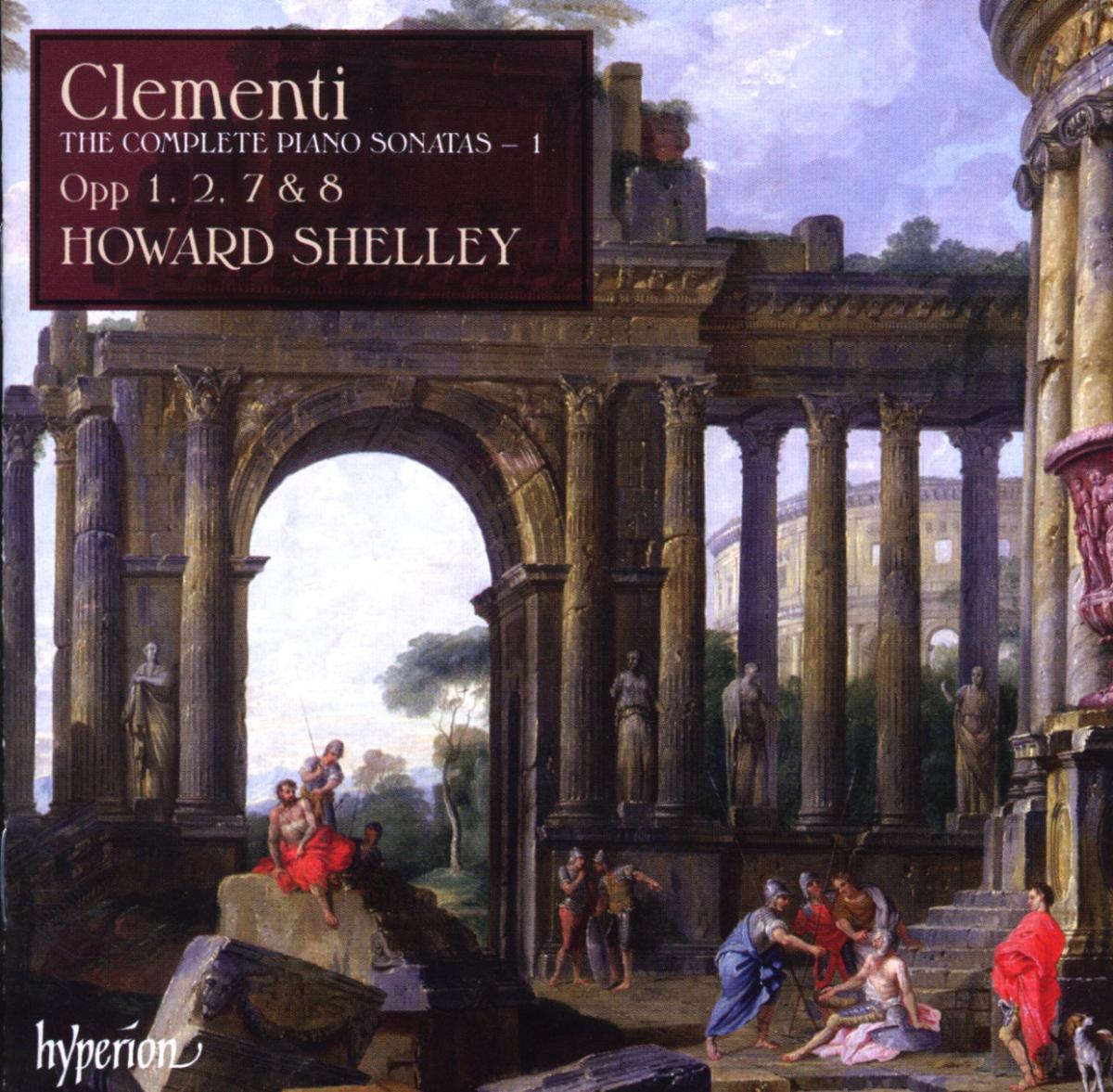 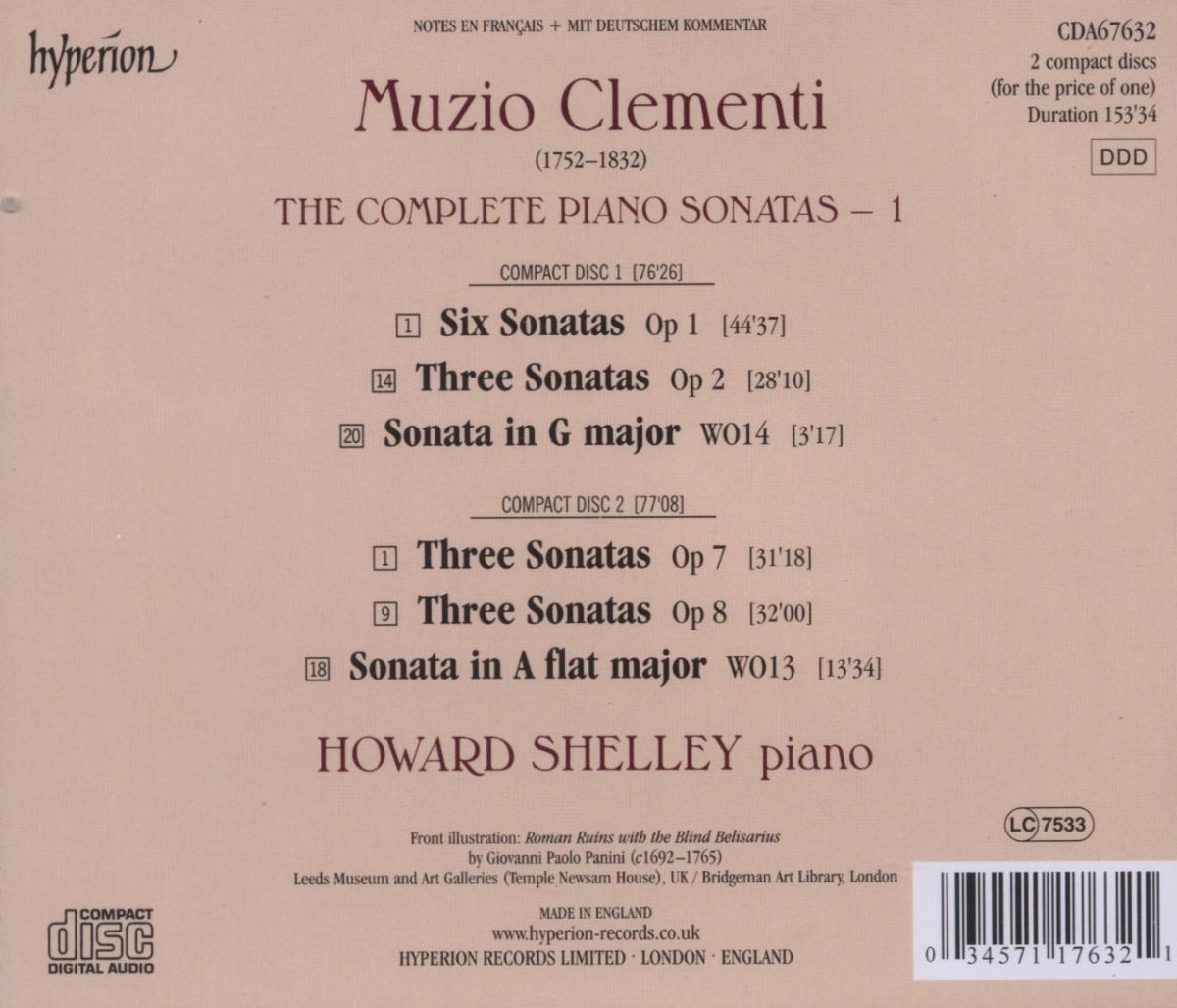 This is the first volume in a complete chronological survey of the Clementi sonatas which we hope to complete in six ’2 for the price of 1’ double CD sets released over the next three years. There is very little competition for this repertoire and indeed this volume appears to include the first ever recording of Clementi’s six sonatas Opus 1. Muzio Clementi was for much of his long career one of the most famous musicians in Europe. Around the turn of the nineteenth century his public esteem was probably second only to that of Haydn, and, a decade or so later, Beethoven. But unlike the reputations of these other two, Clementi’s fame as a musician rested almost solely upon his exploits, as both player and composer, at a single instrument, the piano. And the vast majority of his compositions are sonatas for that instrument. This is a fascinating body of work which spans European musical life from Scarlatti to Chopin. This is Howard Shelley’s hundredth CD release and Hyperion congratulates him on an extraordinary achievement.

'Launching his complete Clementi cycle in impressive style, Howard Shelley tosses off chains of thirds and octaves with elegant virtuosity, and brings an ideal expressive flexibility to the more personal sonatas' (Daily Telegraph)

'Shelley's playing is warm and expressive throughout, and there's enough enjoyment here to make one look forward to the continuation of his series' (BBC Music Magazine)

'Clementi was a master of intricate structure and dynamics, as Shelley's elegant readings vividly demonstrate' (Observer)