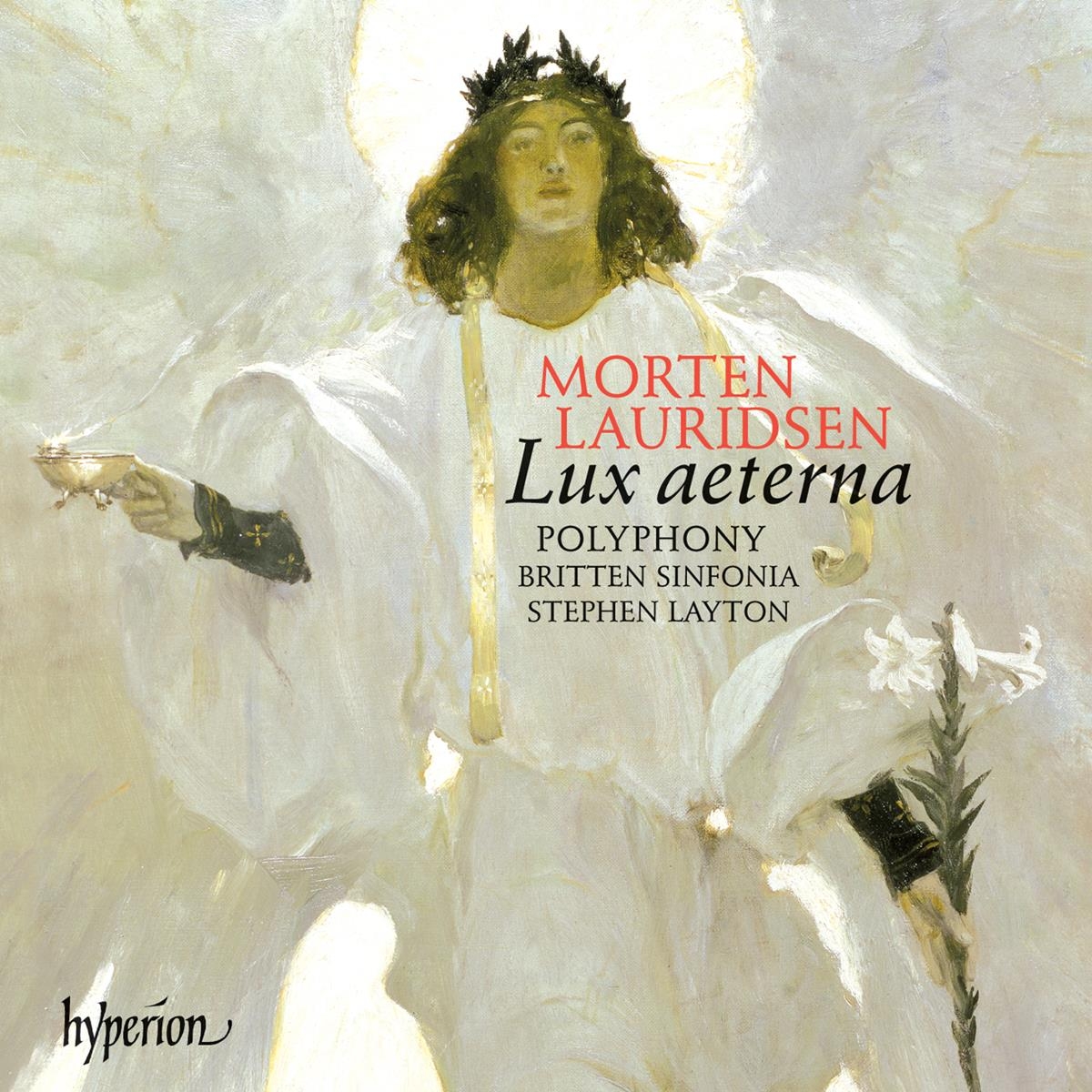 This new disc from the multi-award-winning choir Polyphony is something rather special. At once genuinely original and yet reassuringly accessible, the music of Morten Lauridsen has achieved something of a cult status in his native America (O magnum mysterium currently being the top-selling choral octavo in the country – the number 2 spot is also a Lauridsen work), and Stephen Layton draws from his musicians some of the most ardently lyrical performances of recent years.

Lux aeterna was greeted by The Times after its London premiere thus: ‘a classic of new American choral writing … in this light-filled continuum of sacred texts, old world structures and new world spirit intertwine in a cunningly written score, at once sensuous and spare’. Were a comparison to be sought, it would perhaps with with Fauré’s Requiem, but this new work surely stands as unique.

The Madrigali, subtitled ‘Six Fire Songs on Italian Renaissance Poems’, are phenomenally challenging unaccompanied choral works, very much in the tradition of Monteverdi and Gesualdo. Yet the technical difficulties they present to the performer are disguised from the listener by a seamless sense of purpose which unites the cycle into a whole of stunning effect.

Occupying a similarly opulent sound-world to Lux aeterna, the three Latin motets which conclude this disc are truly modern masterpieces in the traditional motet genre.

'Every one of the works on this mesmerising Hyperion release is deliciously lyrical and harmonically sumptuous, but spiced with delicate dissonances that are Lauridsen's signature … Every performance here is delivered with liquid perfection' (The Scotsman)

'This is compelling and challenging music that deserves wider performance. The world-class ensemble Polyphony has made many first-rate recordings, and this is another - and it will be an immediate acquisition for this composer's growing legions of fans … if you love choral music, Lauridsen's work is required listening' (www. classicstoday. com)

'The sound is very clean, very focused and detailed, and has remarkable sound-stage depth. Even more so as an SACD … The bottom line is, if you aren't familiar with Lux Aeterna, your life is the poorer for it. You do need a recording of it' (Stereophile Magazine, USA)