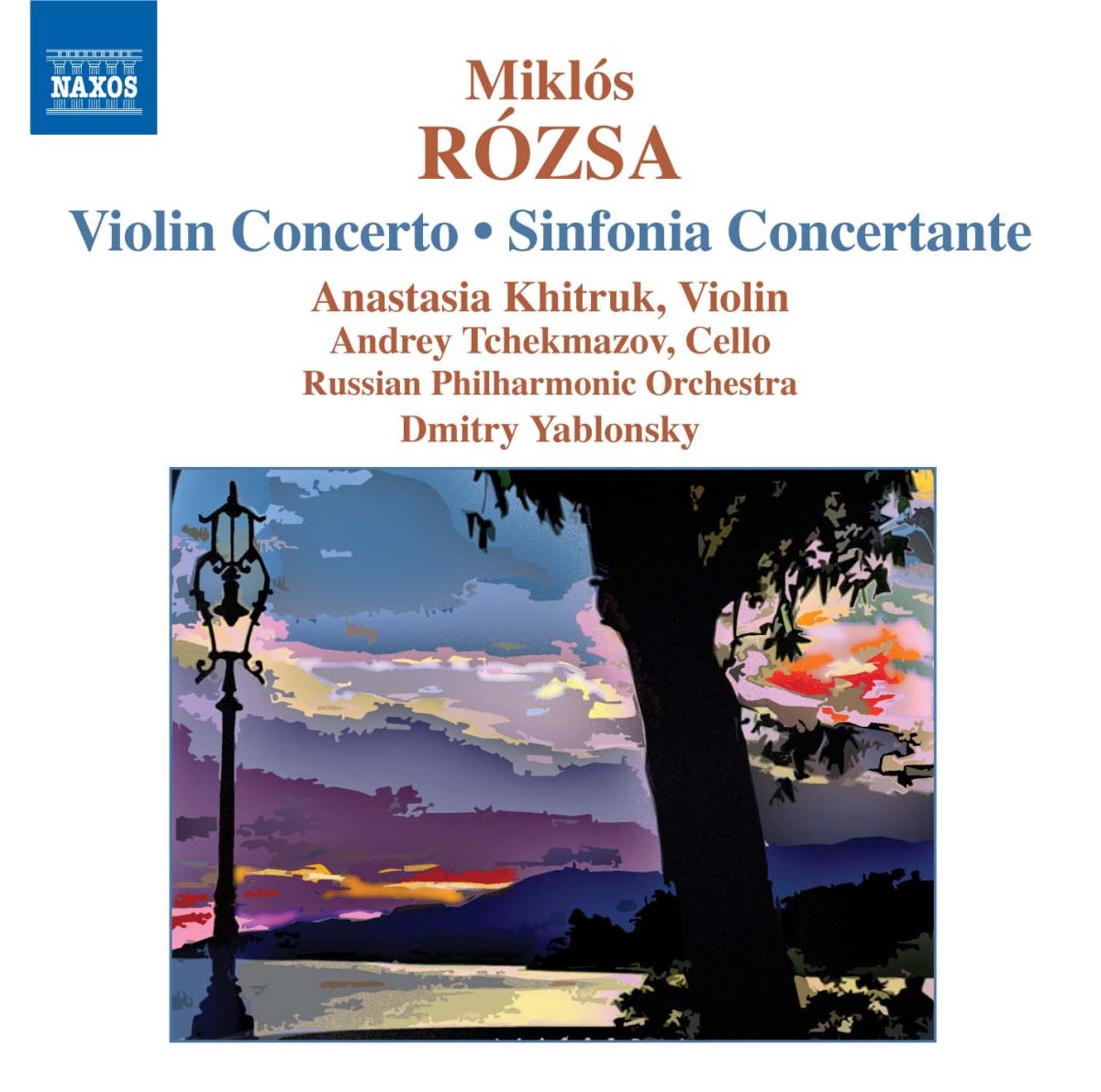 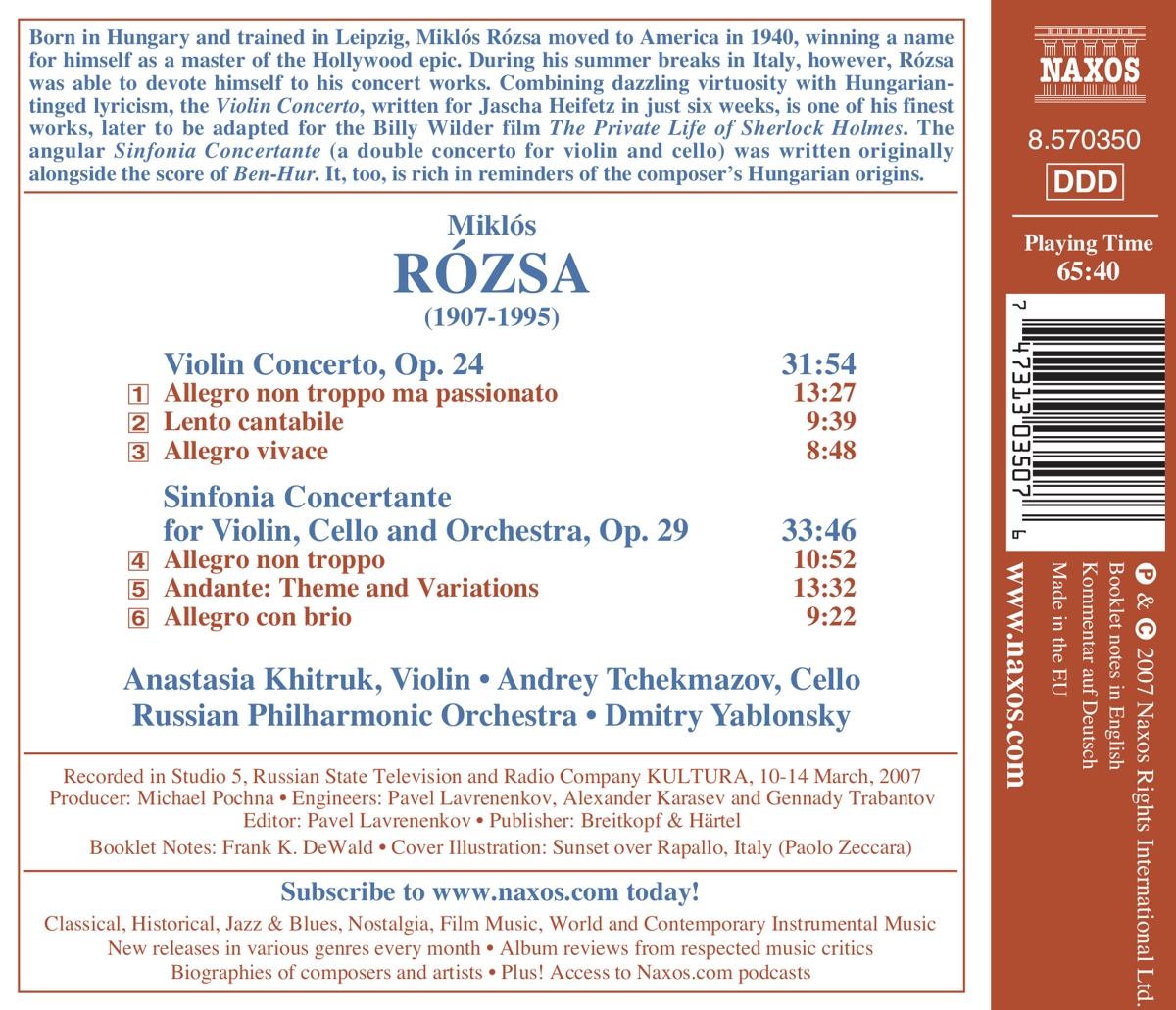 Bewertung:
umgehend lieferbar, Bestand beim Lieferanten vorhanden
EUR 9,99*
Born in Hungary and trained in Leipzig, Miklós Rózsa moved to America in 1940, winning a name for himself as a master of the Hollywood epic. During his summer breaks in Italy, however, Rózsa was able to devote himself to his concert works. Combining dazzling virtuosity with Hungariantinged lyricism, the Violin Concerto, written for Jascha Heifetz in just six weeks, is one of his finest works, later to be adapted for the Billy Wilder film The Private Life of Sherlock Holmes. The angular Sinfonia Concertante (a double concerto for violin and cello) was written originally alongside the score of Ben-Hur. It, too, is rich in reminders of the composer's Hungarian origins.