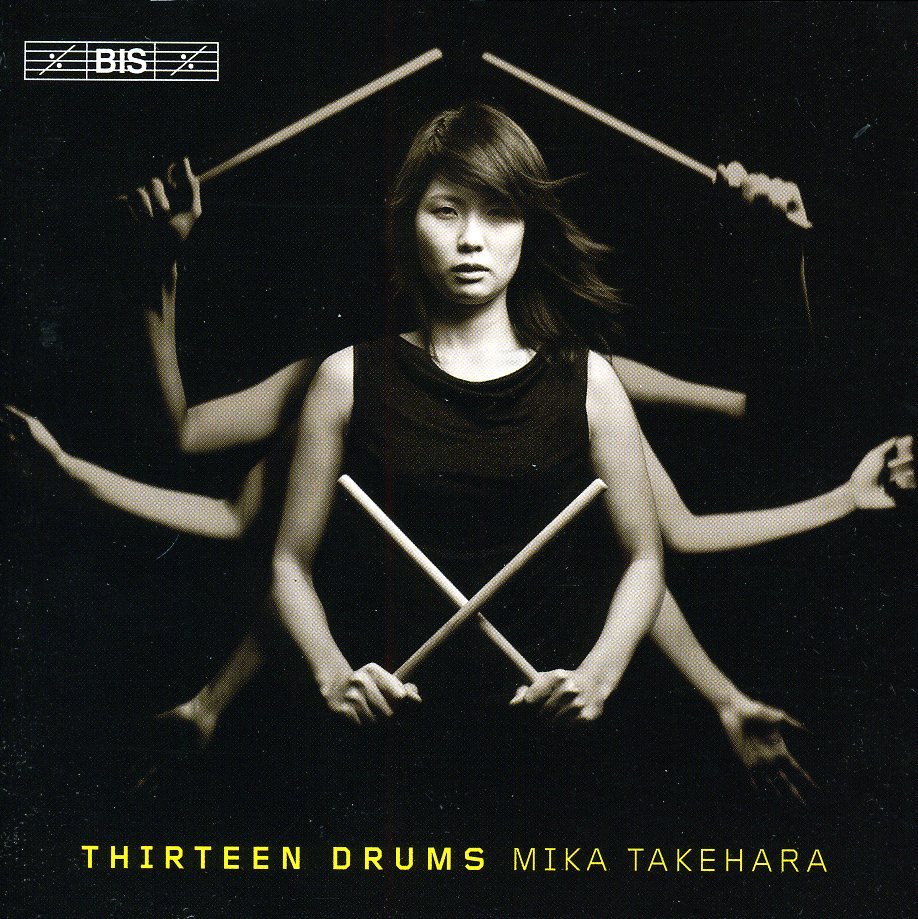 Bewertung:
lieferbar innerhalb einer Woche
(soweit verfügbar beim Lieferanten)
EUR 19,99*
Versandkosten
“Thirteen Drums” is not only the title of this disc, but also of what is probably the most well-known of the works recorded on it. Mika Takehara, the young Japanese percussionist whose recording début this is, has chosen works by six of her countrymen in a programme which focuses on the marimba. (Takehara’s teacher was the famous marimba virtuoso Keiko Abe, for whom several of this works were composed.) The two works for full percussion is the already mentioned Thirteen Drums, by veteran Maki Ishii, and Johali, by his much younger colleague Hideki Kozakura (b. 1970). The rest of the disc is taken up by pieces for solo marimba: a shimmering, kaleidoscopic universe of ripples and mirages, colours and rhythms. The gifted Mika Takehara, now resident in Sweden, is an ideal guide to the land of Japanese percussion music, so don’t miss the opportunity!