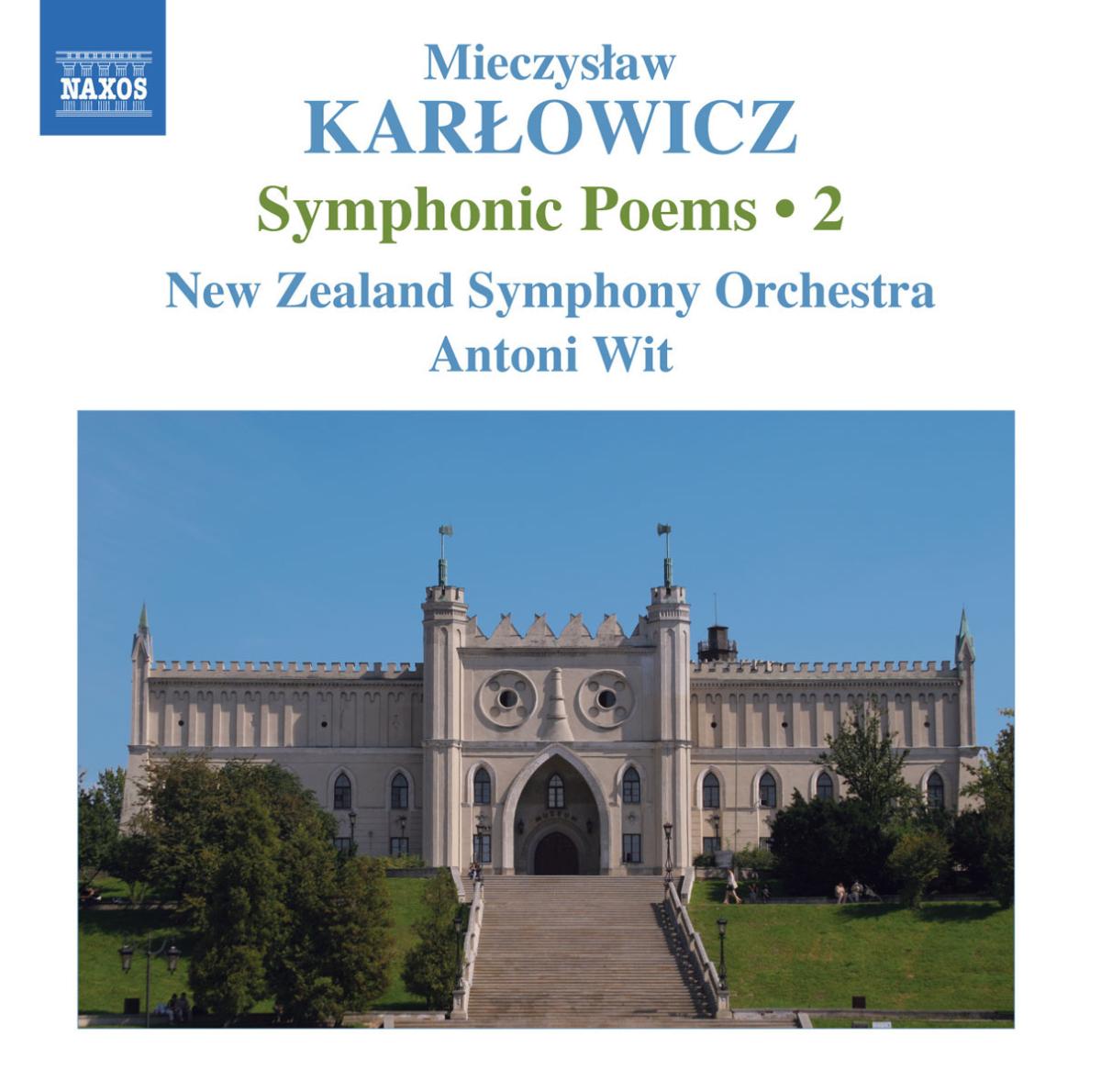 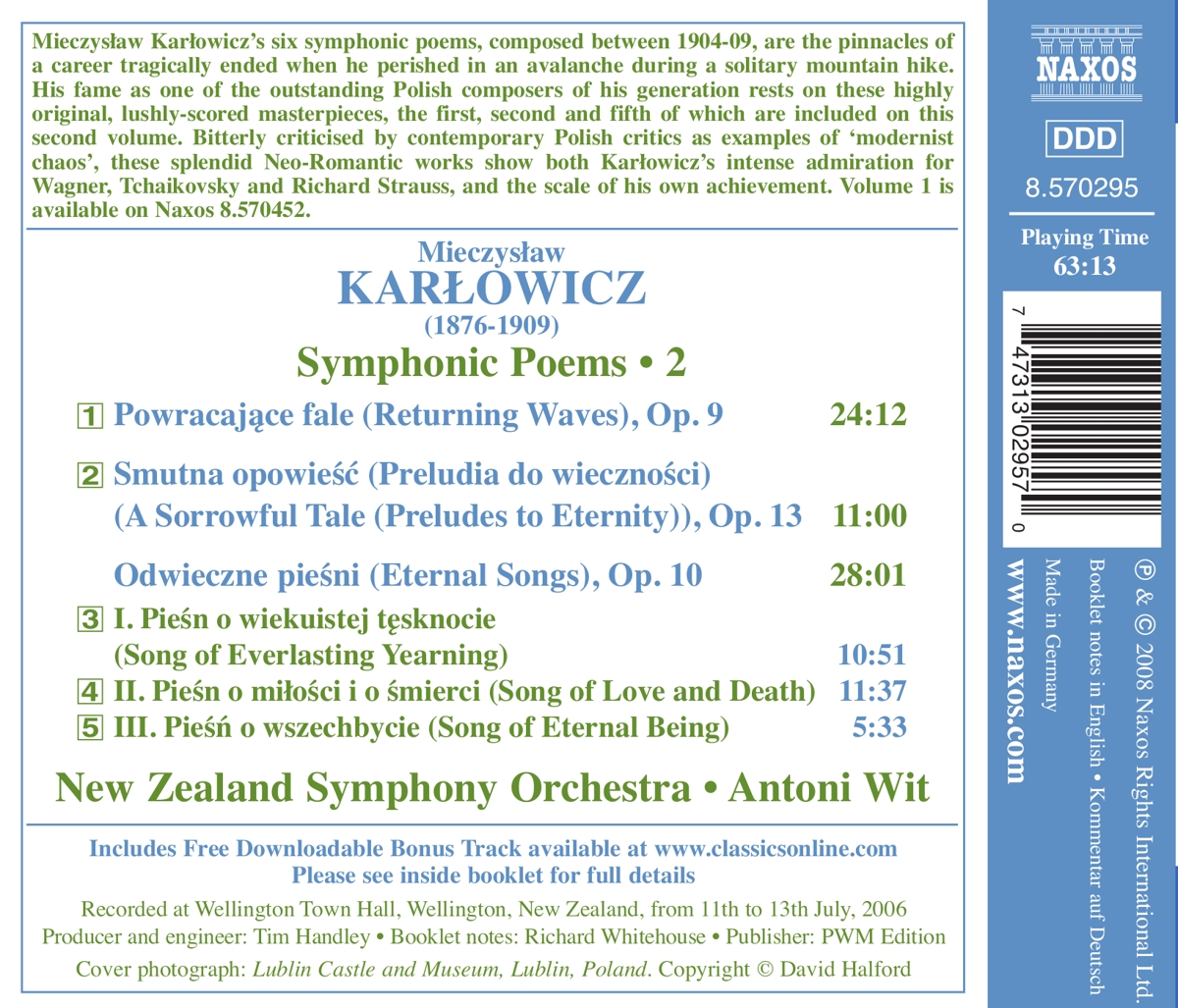 Bewertung:
umgehend lieferbar, Bestand beim Lieferanten vorhanden
EUR 12,99*
Versandkosten
Mieczyslaw Karlowicz's six symphonic poems, composed between 1904-09, are the pinnacles of a career tragically ended when he perished in an avalanche during a solitary mountain hike. His fame as one of the outstanding Polish composers of his generation rests on these highly original, lushly-scored masterpieces, the first, second and fifth of which are included on this second volume. Bitterly criticised by contemporary Polish critics as examples of 'modernist chaos', these splendid Neo-Romantic works show both Karlowicz's intense admiration for Wagner, Tchaikovsky and Richard Strauss, and the scale of his own achievement. Volume 1 is available on Naxos 8.570452.