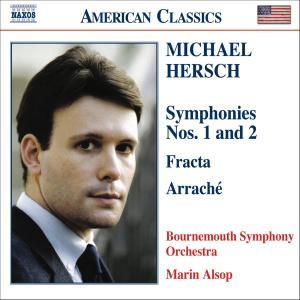 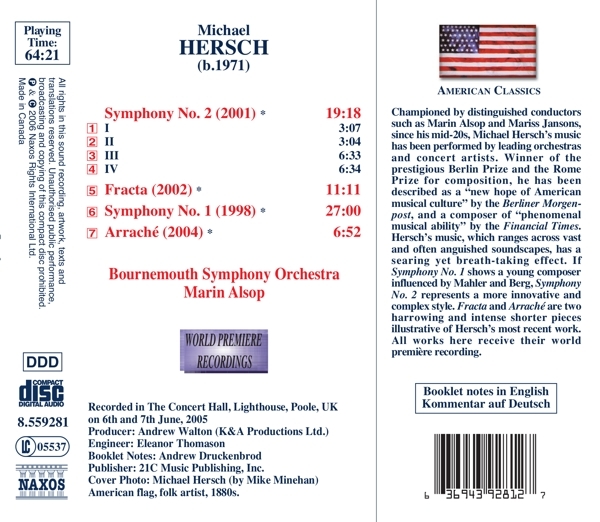 Bewertung:
umgehend lieferbar, Bestand beim Lieferanten vorhanden
EUR 9,99*
Championed by distinguished conductors such as Marin Alsop and Mariss Jansons, since his mid-20s, Michael Hersch's music has been performed by leading orchestras and concert artists. Winner of the prestigious Berlin Prize and the Rome Prize for composition, he has been described as a »new hope of American musical culture« by the Berliner Morgenpost, and a composer of »phenomenal musical ability« by the Financial Times. Hersch's music, which ranges across vast and often anguished soundscapes, has a searing yet breath-taking effect. If Symphony No. 1 shows a young composer influenced by Mahler and Berg, Symphony No. 2 represents a more innovative and complex style. Fracta and Arrache are two harrowing and intense shorter pieces illustrative of Hersch's most recent work. All works here receive their world premiere recording.