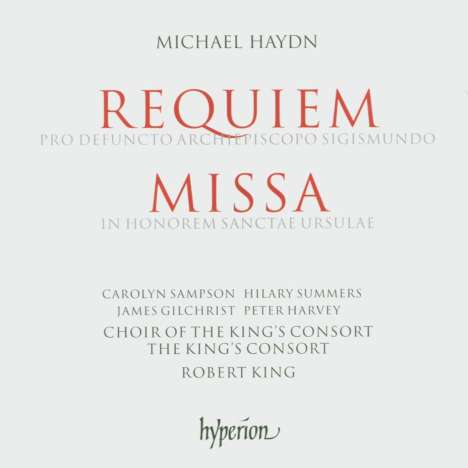 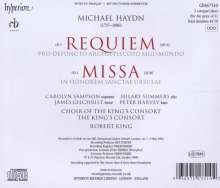 The King’s Consort’s latest foray into the studio brings us a thrilling new recording of Michael Haydn’s Requiem, and reveals the little-known ‘St Ursula’ Mass to be a truly exceptional work. The Requiem was composed in response to tragedy, the death of Haydn’s patron – the Prince-Archbishop of Salzburg – providing the official cloak for an outpouring of grief as much inspired by the death of the composer’s infant daughter. In itself the work is a memorable and confident example of the genre, but its deserved fame has been somewhat eclipsed by the many striking similarities between the Haydn and Mozart Requiems; when Wolfgang Amadeus composed what was to be his last – and most famous – work a full twenty years after Haydn’s memorial to the archbishop had been first performed, he doubtless intended it as the highest of praise to his friend that he borrowed melodies, rhythms, scoring, structure … Such points of musicological interest must no longer be allowed to obscure the worth of the Haydn’s original magnum opus. Some three dozen Mass-settings by Michael Haydn survive. The Missa in honorem Sanctae Ursula (also known as the ‘Chiemsee-Messe’) currently rests in relative obscurity, being performed rarely and hardly touched in the recording studio. And yet Robert King, his choir, soloists and orchestra here demonstrate this to be a work of great beauty and intense power, with a place both in the liturgy and as a showcase for excellent performances.

'King's performances are as attractive as the music, with fine solos from Carolyn Sampson and Hilary Summers' (Sunday Times)

'Robert King teases crisp, clean performances of both works from the Choir of The King's Consort, The King's Consort and an appealing team of soloists in Carolyn Sampson, the fruity voiced Hilary Summers, James Gilchrist and Peter Harvey' (Evening Standard)

'a triumph … Hyperion at its best' (Musicweek)