Masters of the Rolls 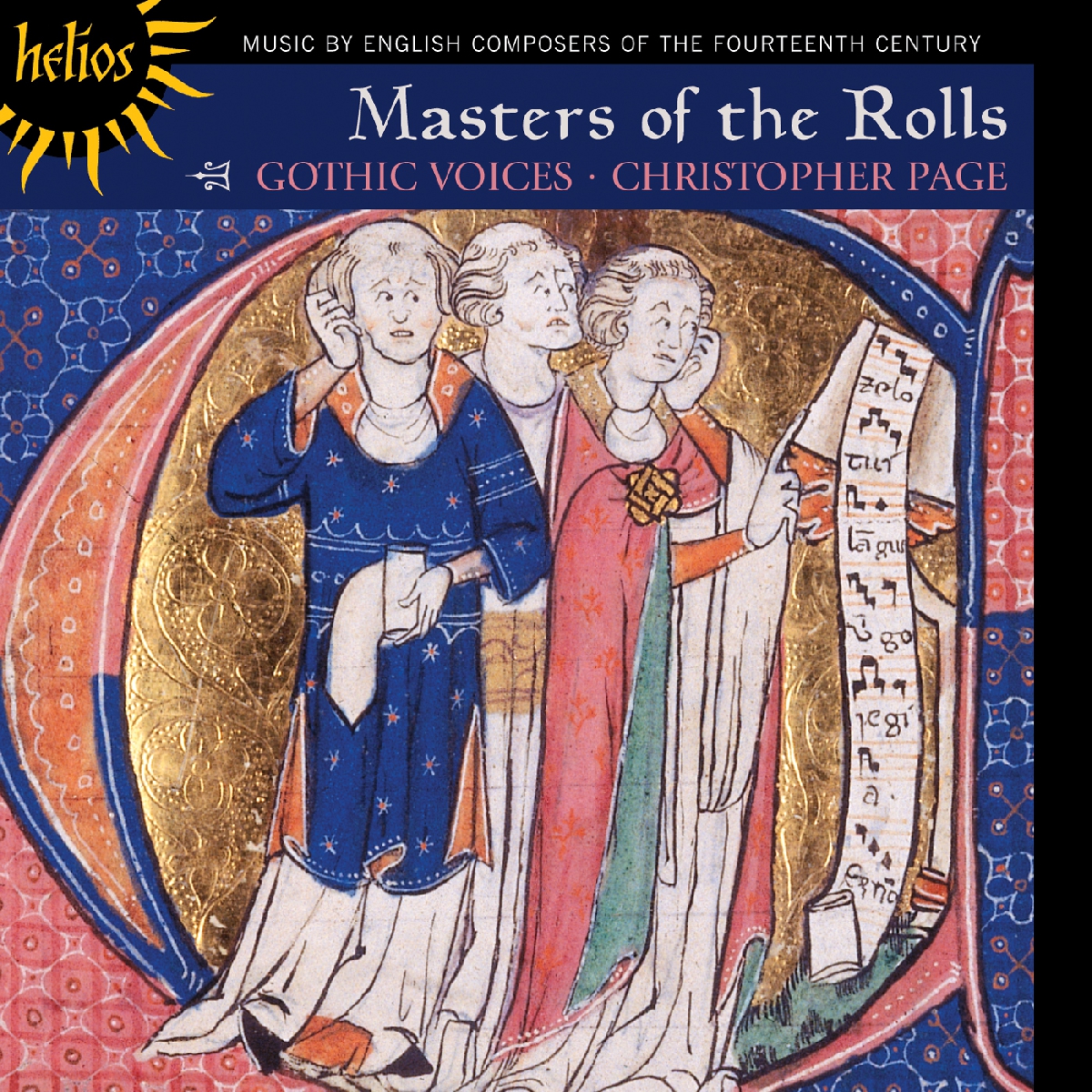 'Masters of the rolls' is the name we have given to the English composers of the fourteenth century, almost all of whom are anonymous. Literate musicians were often called 'magister' in the Middle Ages (compare the modern Italian usage of 'maestro'), and for performance purposes their compositions were often copied out on rolls like those shown on the front illustration of this CD. Some of these anonymous masters are perhaps to be found in the texts of 'musician motets' like Musicorum collegio / In templo dei: John Adam, William Oxwick, John Exeter, Nicholas Hungerford, William Tideswell. Even the most expert research has failed to uncover much information about these singers and nothing to connect them with any particular surviving compositions.

'Another fascinating exploration of music from the ever-questing and imaginative Christopher Page and his Gothic Voices. There is nothing here that fails to compel. A very attractive prospect for even the most reluctant medieval explorer' (Classic CD)

'One's ear is instantly captivated ... This disc comes with unhesitating recommendation, and not only for those to whom medieval music is already a familiar delight. The combination of scholarship and musicianship brought to bear by Page and his singers is wholly admirable; in particular, the ease and grace with which Gothic Voices negotiate the sometimes angular textures of their repertoire is a source of fascination and wonder.' (Gramophone Early Music)

'There is remarkable beauty in these varied pieces, beauty that is brought out in the superb singing of this ensemble. This is an example of a totally perfect release' (American Record Guide)