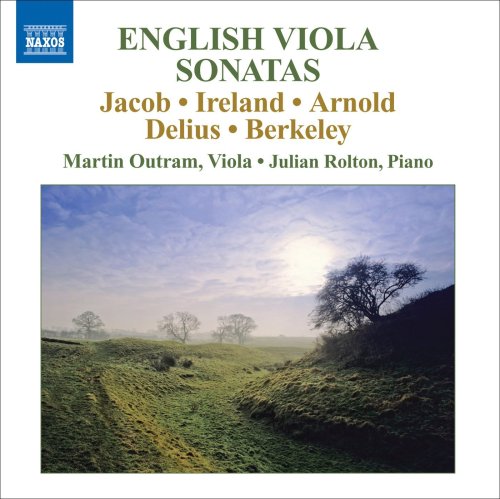 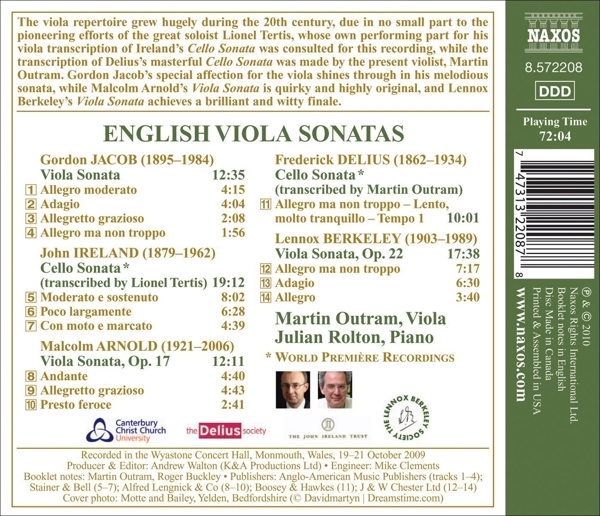 Bewertung:
lieferbar innerhalb 1-2 Wochen
(soweit verfügbar beim Lieferanten)
EUR 7,99*
Versandkosten
The viola repertoire grew hugely during the 20th century, due in no small part to the pioneering efforts of the great soloist Lionel Tertis, whose own performing part for his viola transcription of Ireland's Cello Sonata was consulted for this recording, while the transcription of Delius's masterful Cello Sonata was made by the present violist, Martin Outram. Gordon Jacob's special affection for the viola shines through in his melodious sonata, while Malcolm Arnold's Viola Sonata is quirky and highly original, and Lennox Berkeley's Viola Sonata achieves a brilliant and witty finale.