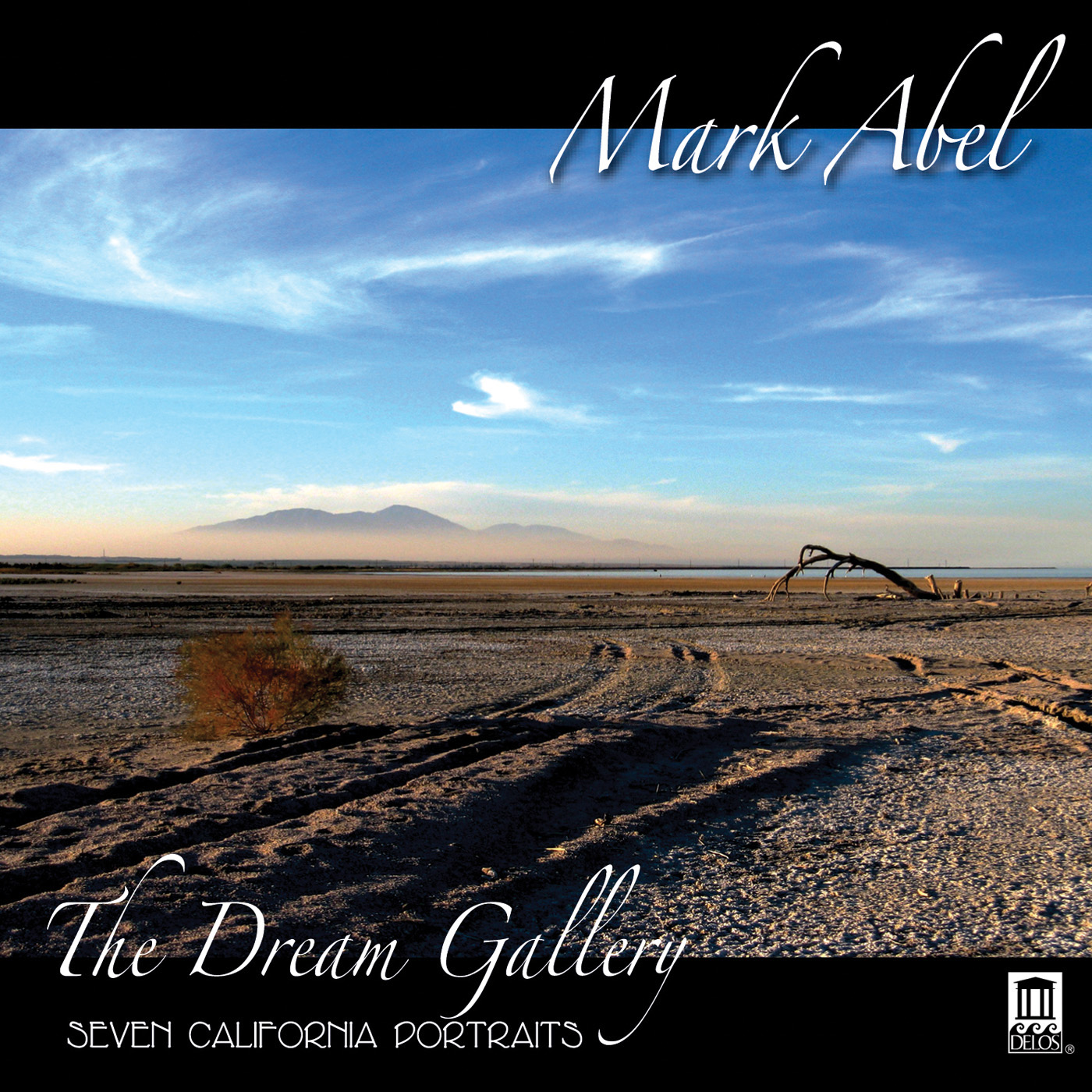 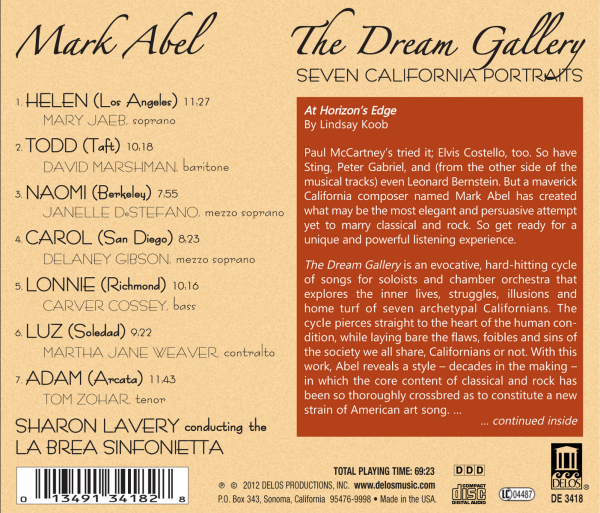 Bewertung:
lieferbar innerhalb einer Woche
(soweit verfügbar beim Lieferanten)
-26%
EUR 18,99**
EUR 13,99*
Versandkosten
Paul McCartney's tried it; Elvis Costello, too. So have Sting, Peter Gabriel, and even Leonard Bernstein. But a maverick California composer named Mark Abel has created what may be the most elegant and persuasive attempt yet to marry classical and rock. So get ready for a unique and powerful listening experience.

The Dream Gallery is an evocative, sophisticated and hard-hitting cycle of songs for soloists and chamber orchestra that explores the inner lives, struggles, illusions and home turf of seven archetypal Californians. The often startling lyrics and striking music combine to pierce straight to the heart of the human condition, while laying bare the flaws, foibles and sins of the society we all share, Californians or not. With winning performances from singers and orchestra alike, these stunning songs reveal a fresh style – decades in the making – in which the core content of classical and rock has been so thoroughly crossbred as to constitute a new strain of American art song.

"The Dream Gallery: Seven California Portraits is a big song cycle for soloists and chamber orchestra that depicts a group of archetypal Californians and the regions in which they live.

The product of an intense year-and-a-half of composing and recording, Gallery exposes both the state's varied landscape and the fault lines of its characters' internal worlds. Dispensing with postcard themes and stressing stark realism, the piece highlights these complexities through music that melds elements of classical, rock and jazz, and is performed by high caliber musicians from across Southern California.

To emphasize the characters' individuality, I chose a different singer for each of the cycle’s seven movements. The soloists – Mary Jaeb, David Marshman, Janelle DeStefano, Delaney Gibson, Carver Cossey, Martha Jane Weaver and Tom Zohar -- form a fascinating cross-section of the musical life of the region. All of them met admirably the challenge of a composition posing unusual demands and a high degree of characterization." — Mark Abel (composer)