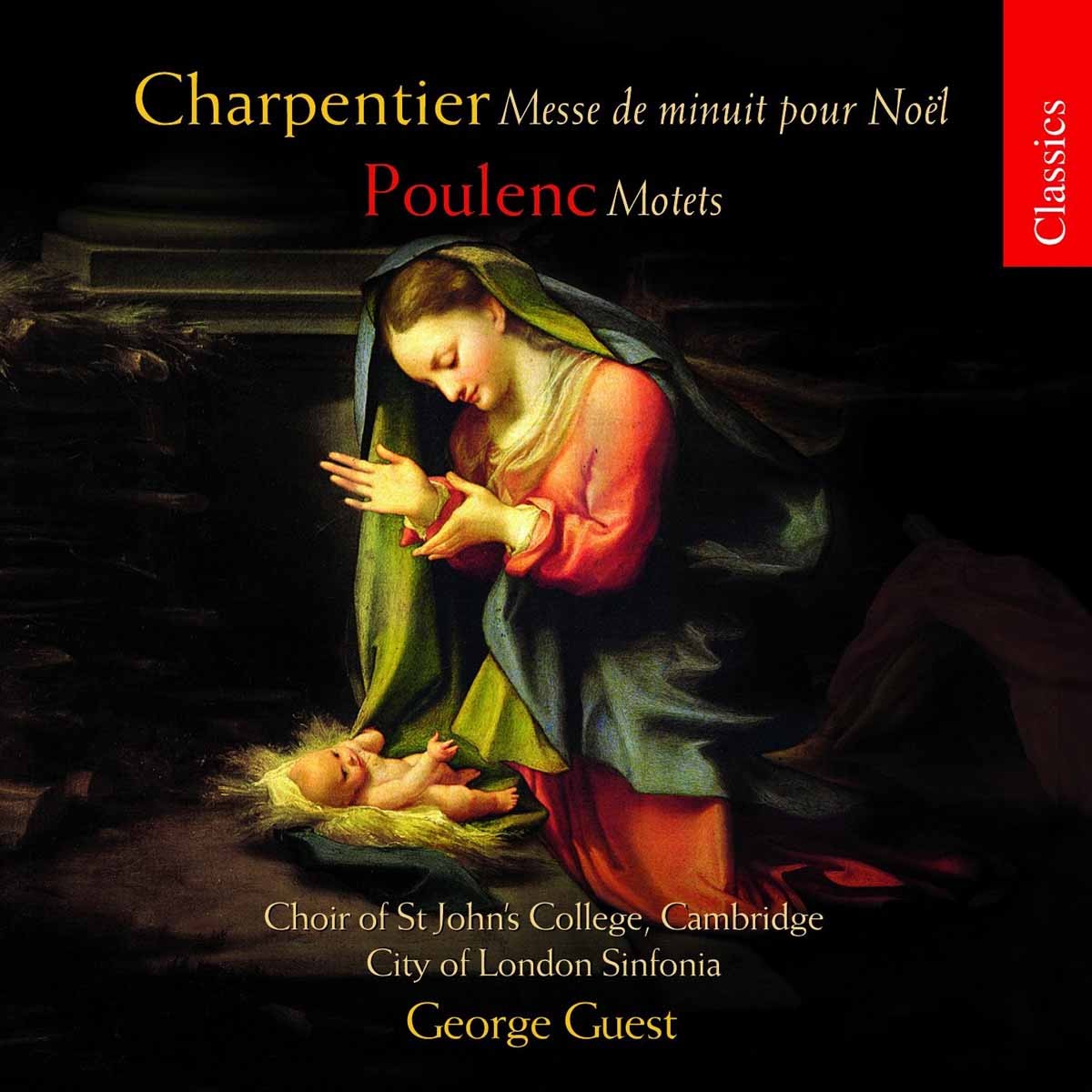 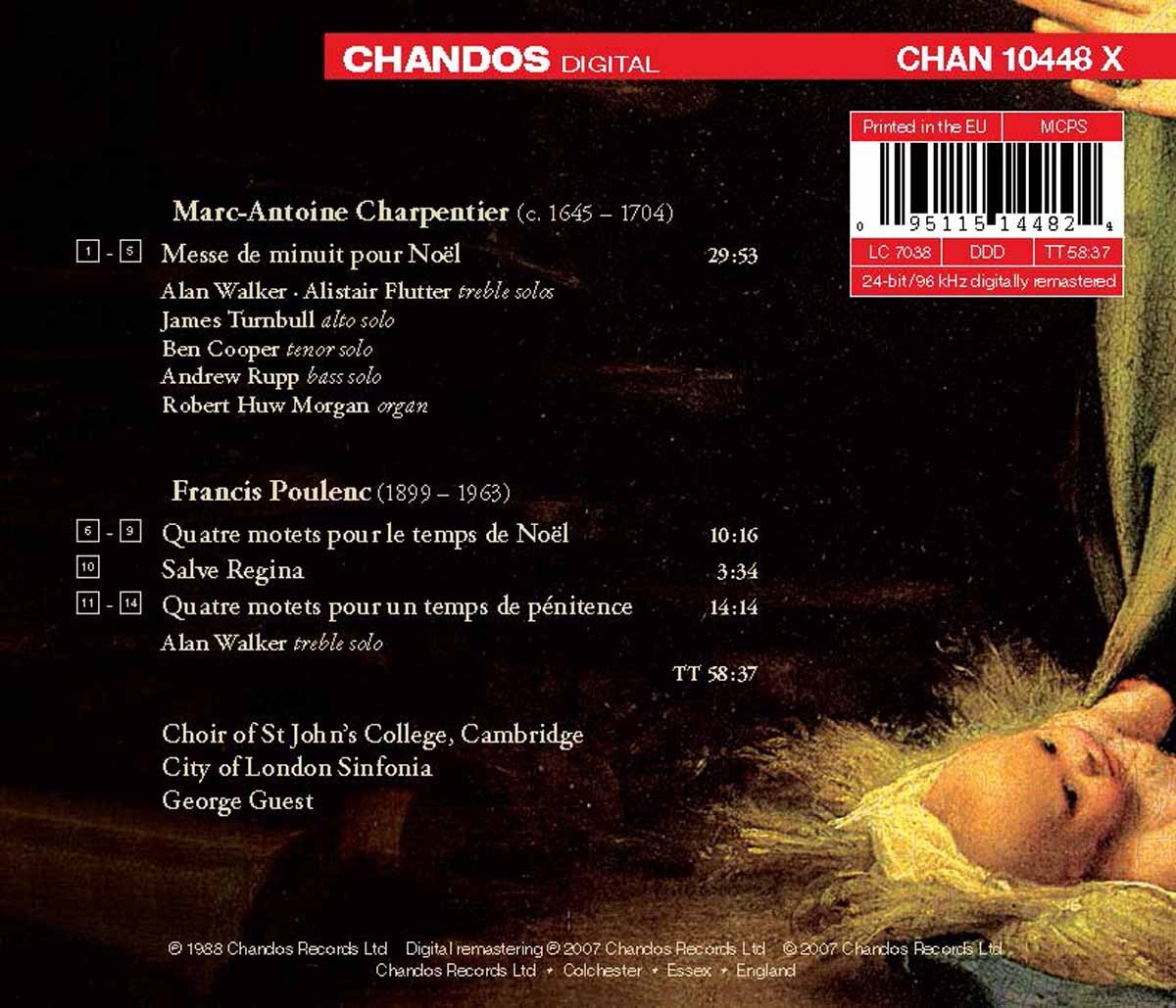 Marc-Antoine Charpentier, one of the greatest of French baroque composers, has some representation on disc but this CD complements a Mass of his with motets by Poulenc. The truly joyous Midnight Mass for Christmas, in which each movement is based on a traditional French carol or noël, has long been a favourite. Joining the Mass are the appealing, unaccompanied Four Christmas Motets and Four Lenten Motets as well as an independent Salve Regina by Poulenc. Poulenc came to religion late but threw himself whole-heartedly into the writing of choral compositions, and these works reaffirm his high ranking as a choral composer.

These performances were well received on their initial release, with reviews such as ‘The choir’s silk-sheen sound brings Poulenc motets to perfection” (South Wales Argus) and ‘This is another quality disc from Chandos which offers beautiful performances of these attractive French choral works’ (Canberra Times). The recording is sure to be welcomed at the new, lower, Classics price.