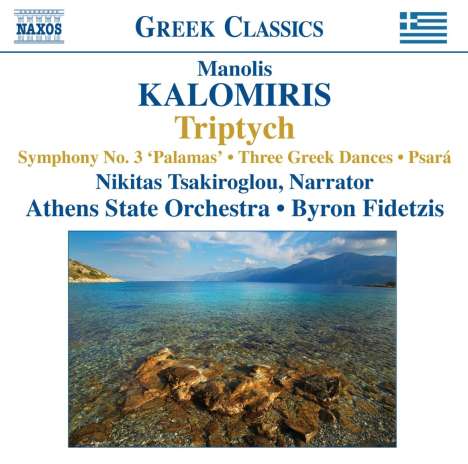 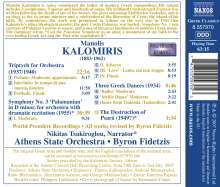 umgehend lieferbar, Bestand beim Lieferanten vorhanden
EUR 12,99*
Versandkosten
Manolis Kalomiris is today considered the father of modern Greek composition. His output includes 3 symphonies, 5 operas and hundreds of songs. His brilliantly orchestrated Triptych was written following the death of one of his heroes, the great statesman Eleftherios Venizelos, and is an elegy to the ex-prime minister and a celebration of the liberation of Crete, the island of his birth. By coincidence, the work was premièred in Athens on the very day in 1943 that Kalomiris's other ideological mentor, the poet Costis Palamas, was buried. Symphony No. 3 sets excerpts of Palamas's poems to music, and is one of the great landmarks of modern Greek music. The composer wrote, "I set the Palamian Symphony as an altar, a monument of my faith to the ever-lasting Greek Art and the Poet who symbolizes it"."