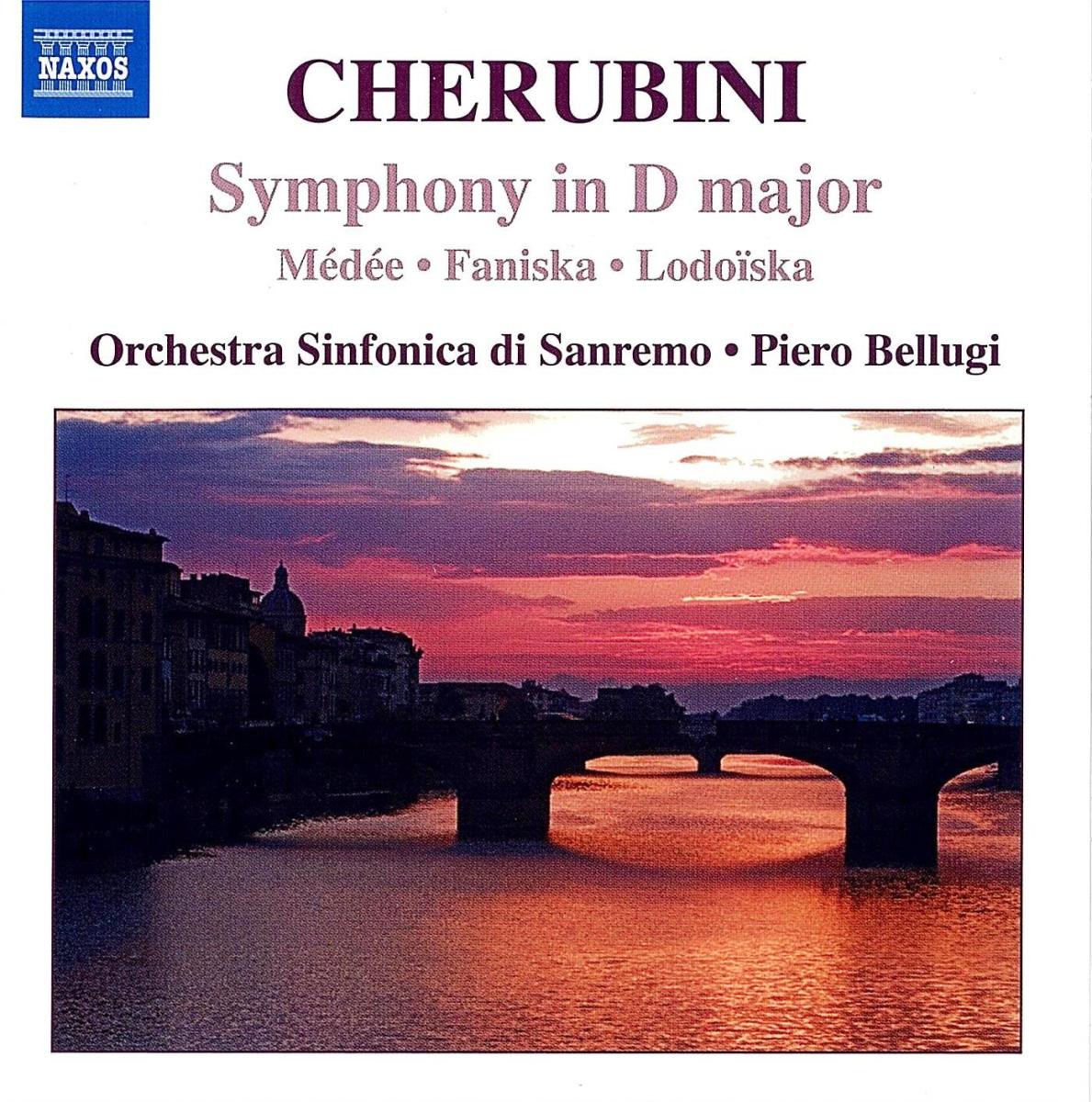 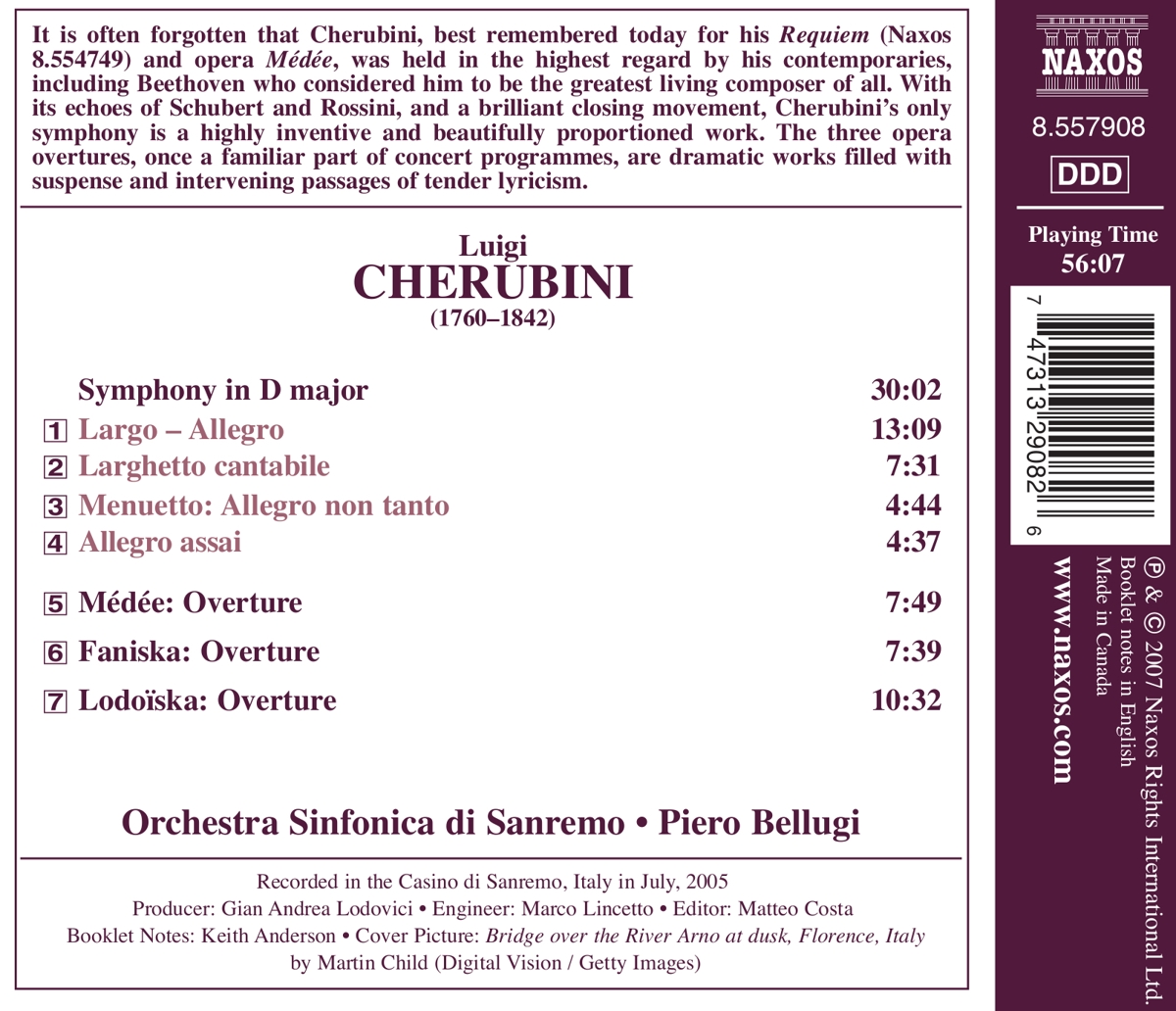 Bewertung:
Artikel am Lager
EUR 9,99*
Versandkosten
It is often forgotten that Cherubini, best remembered today for his Requiem (Naxos 8.554749) and opera Médée, was held in the highest regard by his contemporaries, including Beethoven who considered him to be the greatest living composer of all. With its echoes of Schubert and Rossini, and a brilliant closing movement, Cherubini's only symphony is a highly inventive and beautifully proportioned work. The three opera overtures, once a familiar part of concert programmes, are dramatic works filled with suspense and intervening passages of tender lyricism.