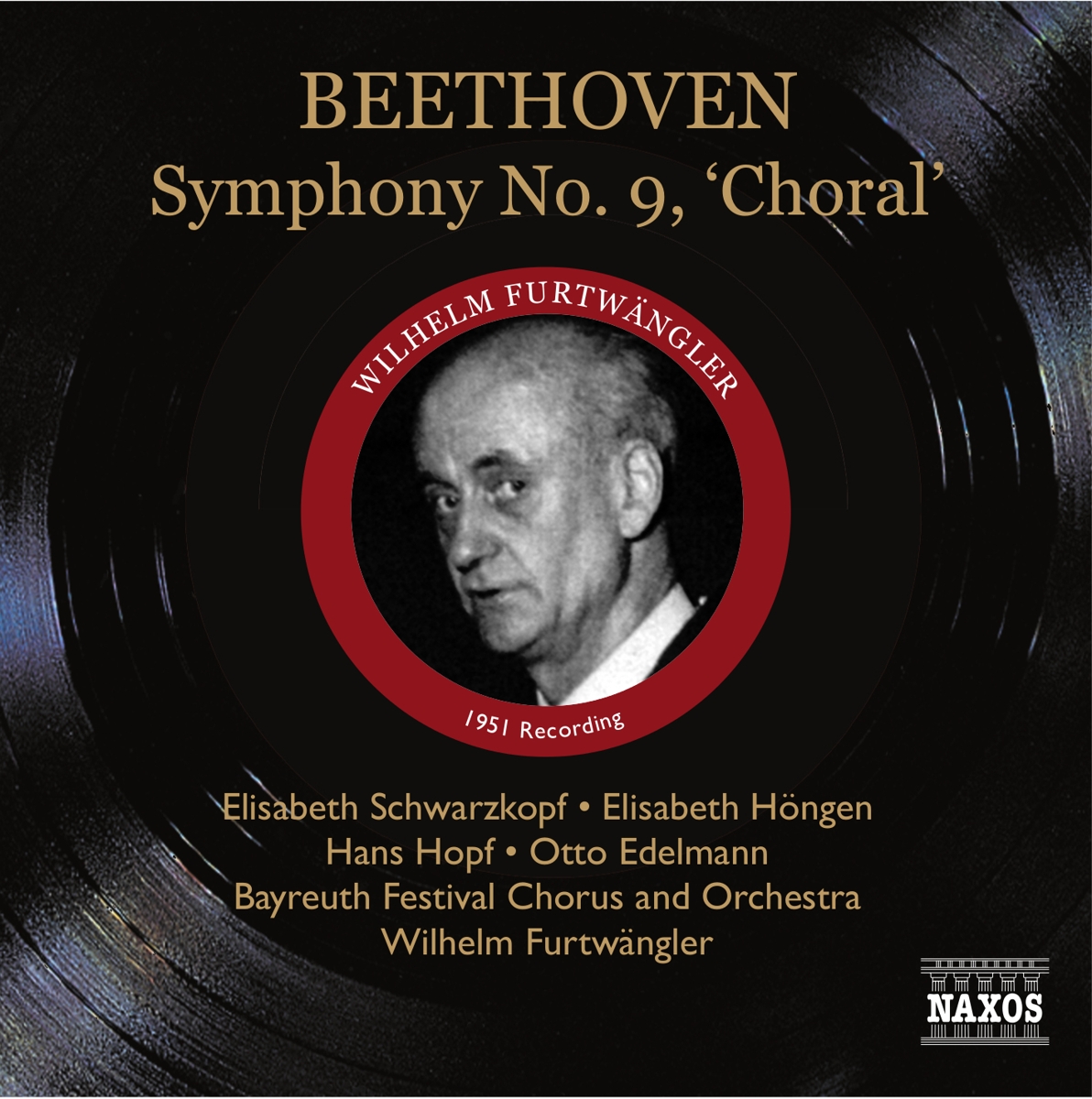 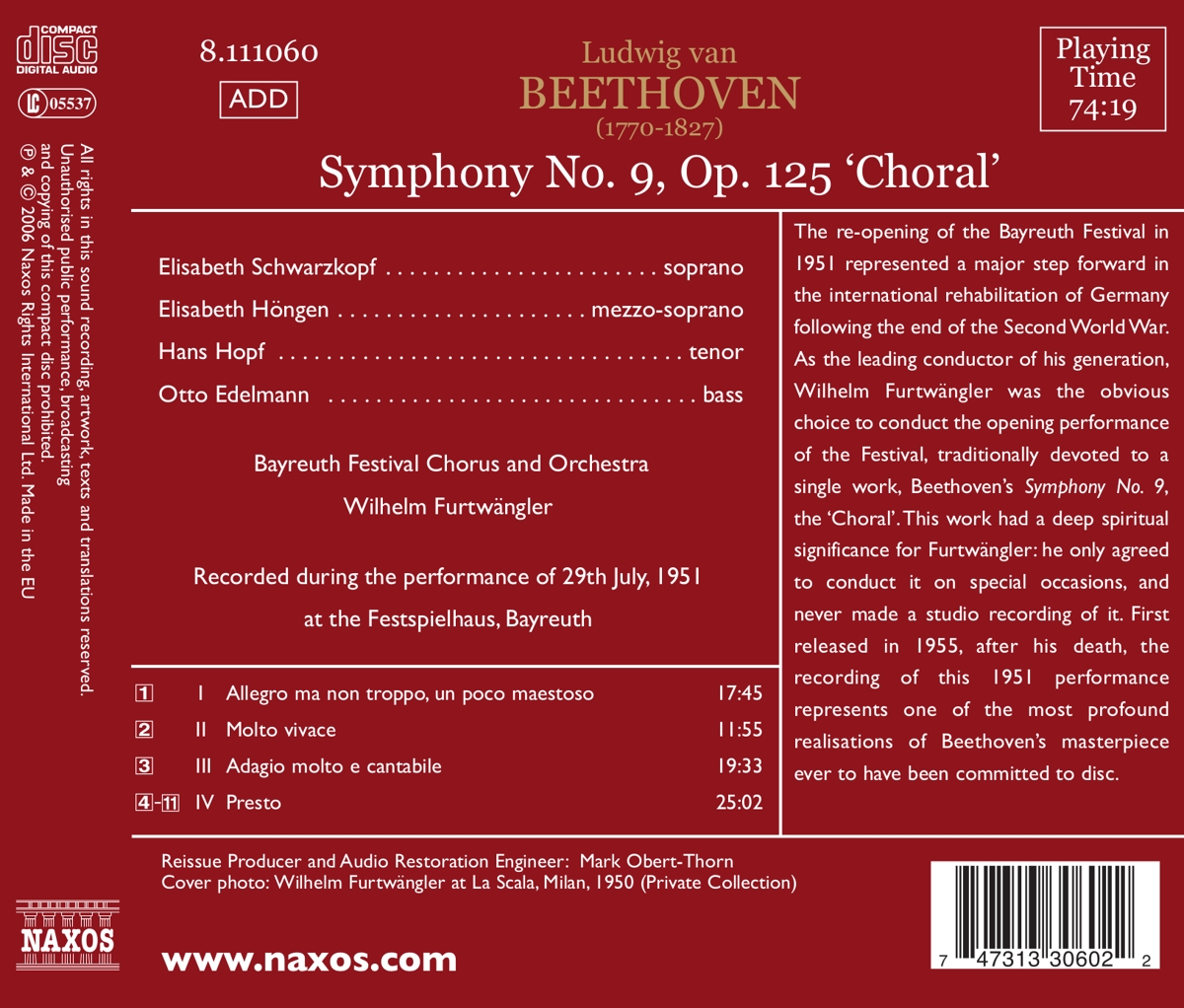 The re-opening of the Bayreuth Festival in 1951 represented a major step forward in the international rehabilitation of Germany following the end of the Second World War. As the leading conductor of his generation, Wilhelm Furtwängler was the obvious choice to conduct the opening performance of the Festival, traditionally devoted to a single work, Beethoven's Symphony No. 9, the "Choral".This work had a deep spiritual significance for Furtwängler: he only agreed to conduct it on special occasions, and never made a studio recording of it. First released in 1955, after his death, the recording of this 1951 performance represents one of the most profound realisations of Beethoven's masterpiece ever to have been committed to disc.