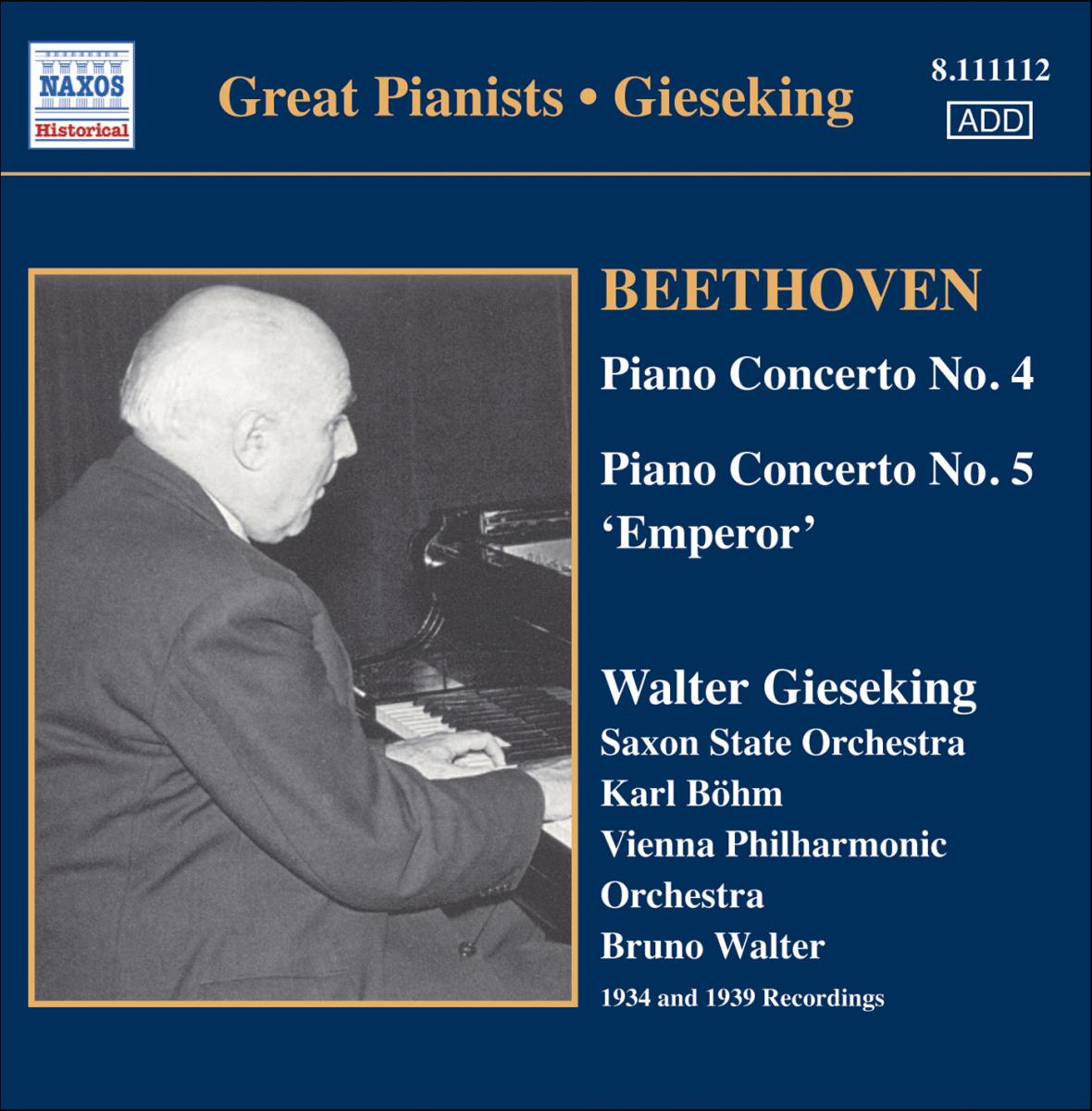 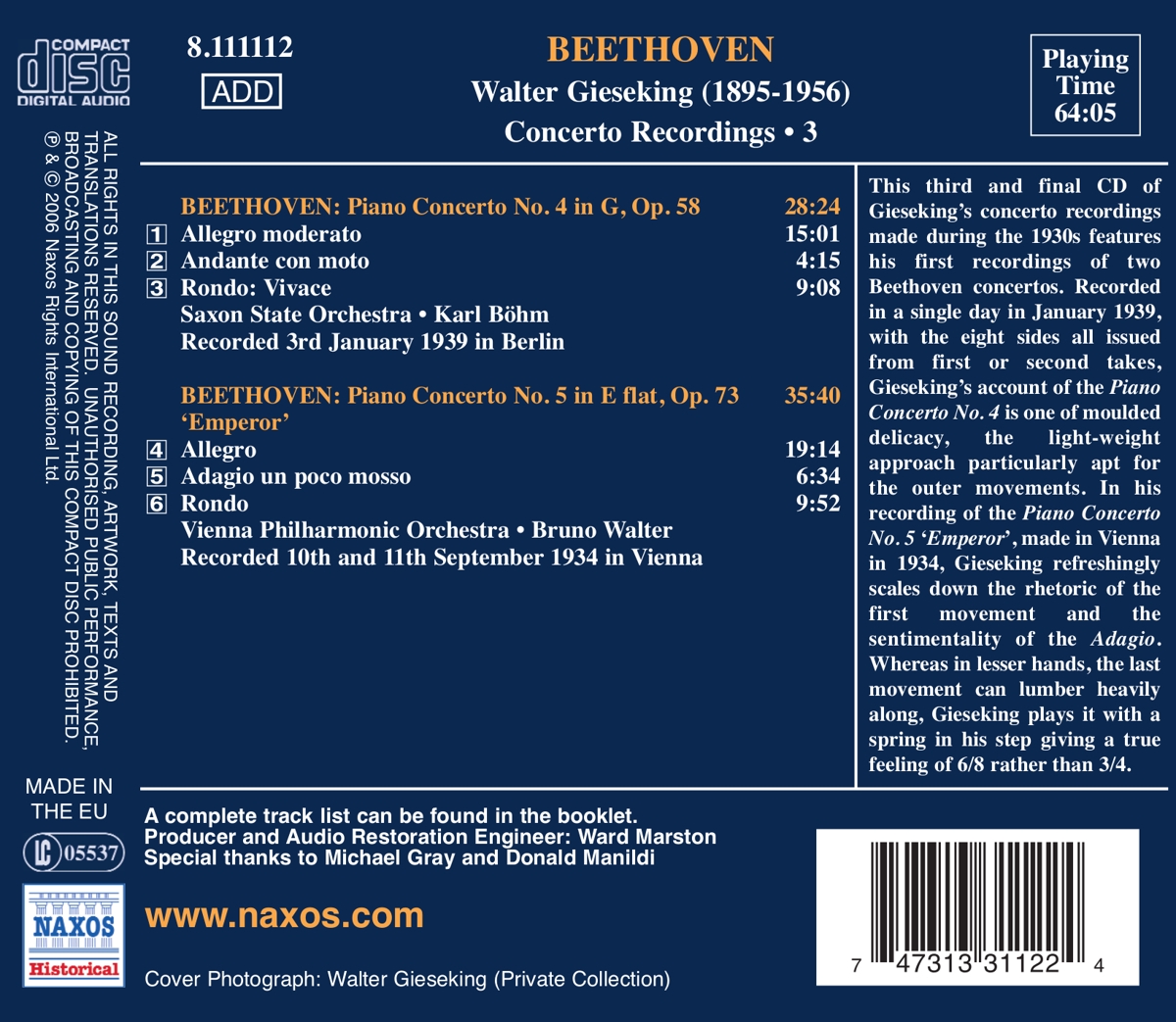 Bewertung:
umgehend lieferbar, Bestand beim Lieferanten vorhanden
EUR 7,99*
This third and final CD of Gieseking's concerto recordings made during the 1930s features his first recordings of two Beethoven concertos. Recorded in a single day in January 1939, with the eight sides all issued from first or second takes, Gieseking's account of the Piano Concerto No. 4 is one of moulded delicacy, the light-weight approach particularly apt for the outer movements. In his recording of the Piano Concerto No. 5 "Emperor", made in Vienna in 1934, Gieseking refreshingly scales down the rhetoric of the first movement and the sentimentality of the Adagio. Whereas in lesser hands, the last movement can lumber heavily along, Gieseking plays it with a spring in his step giving a true feeling of 6 / 8 rather than 3 / 4.