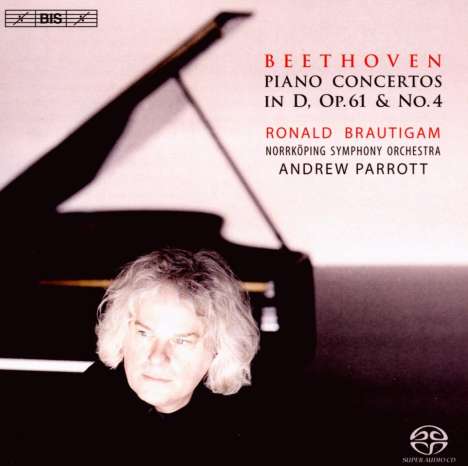 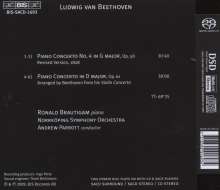 versandfertig innerhalb von 1-3 Tagen
(soweit verfügbar beim Lieferanten)
EUR 19,99*
Versandkosten
In 1806, Beethoven composed two concertos - the Fourth Piano Concerto followed by the Violin Concerto Op. 61. In both cases the composer soon returned to the works to produce new versions, and it is these later versions that are presented here. At the public première of the Fourth Piano Concerto in 1808, Beethoven performed the piano part very 'capriciously' according to his pupil Carl Czerny, playing many more notes than are to be found in the printed edition. A clear indication of what Beethoven played comes from his copyist's orchestral score, in which the outer movements contain annotations in the composer's hand. These have been transcribed by Beethoven scholar Barry Cooper who, in his insightful liner notes, describes this rarely recorded 1808 version as 'strikingly inventive' and 'more sparkling, virtuosic and sophisticated than the standard one'. In the case of the Opus 61 concerto, Beethoven succeeded in writing what many consider to be the quintessential violin concerto. Less well-known is the fact that soon after the first performance, Beethoven produced an arrangement of the solo part for piano, modifying the violin part slightly in the process. When the work was first published, it was as a concerto for violin or piano. Worth noting is that although Beethoven did not compose any cadenzas for the violin, he did so for the piano version. The one for the first movement is especially striking, in that it includes a part for timpani, reminding us of the timpani solo that begins the entire work. Ronald Brautigam and the Norrköping SO under Andrew Parrott have received acclaim for two previous discs of Beethoven's works for piano and orchestra: 'These well-known works emerge as if freshly minted' wrote International Record Review about Concertos Nos. 1 and 3, while the German magazine Piano News hailed the release of No. 2 and the youthful Concerto WoO4 as 'a magnificent recording in which Brautigam demonstrates his stylistic expertise, and which shows what a splendid pianist he is.'