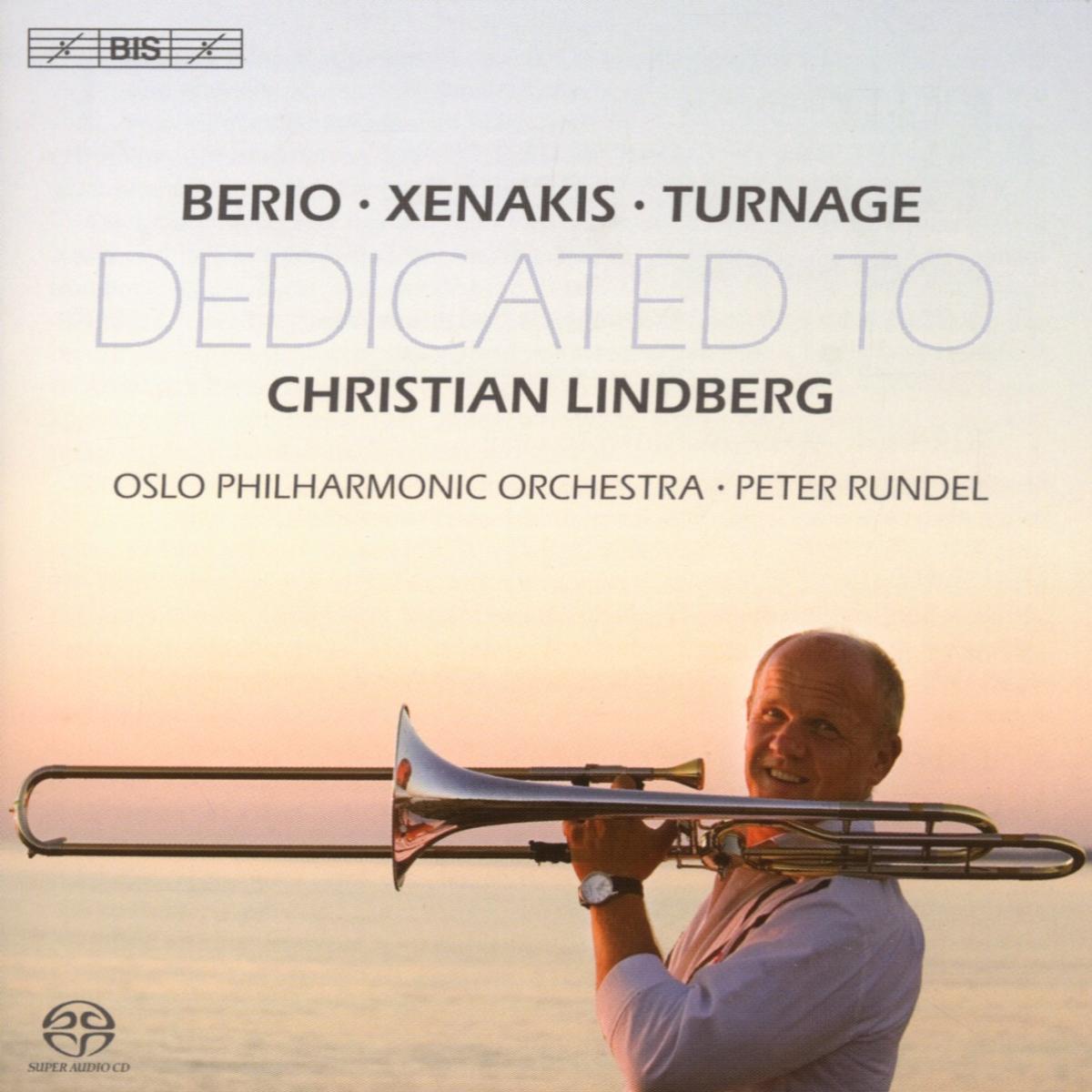 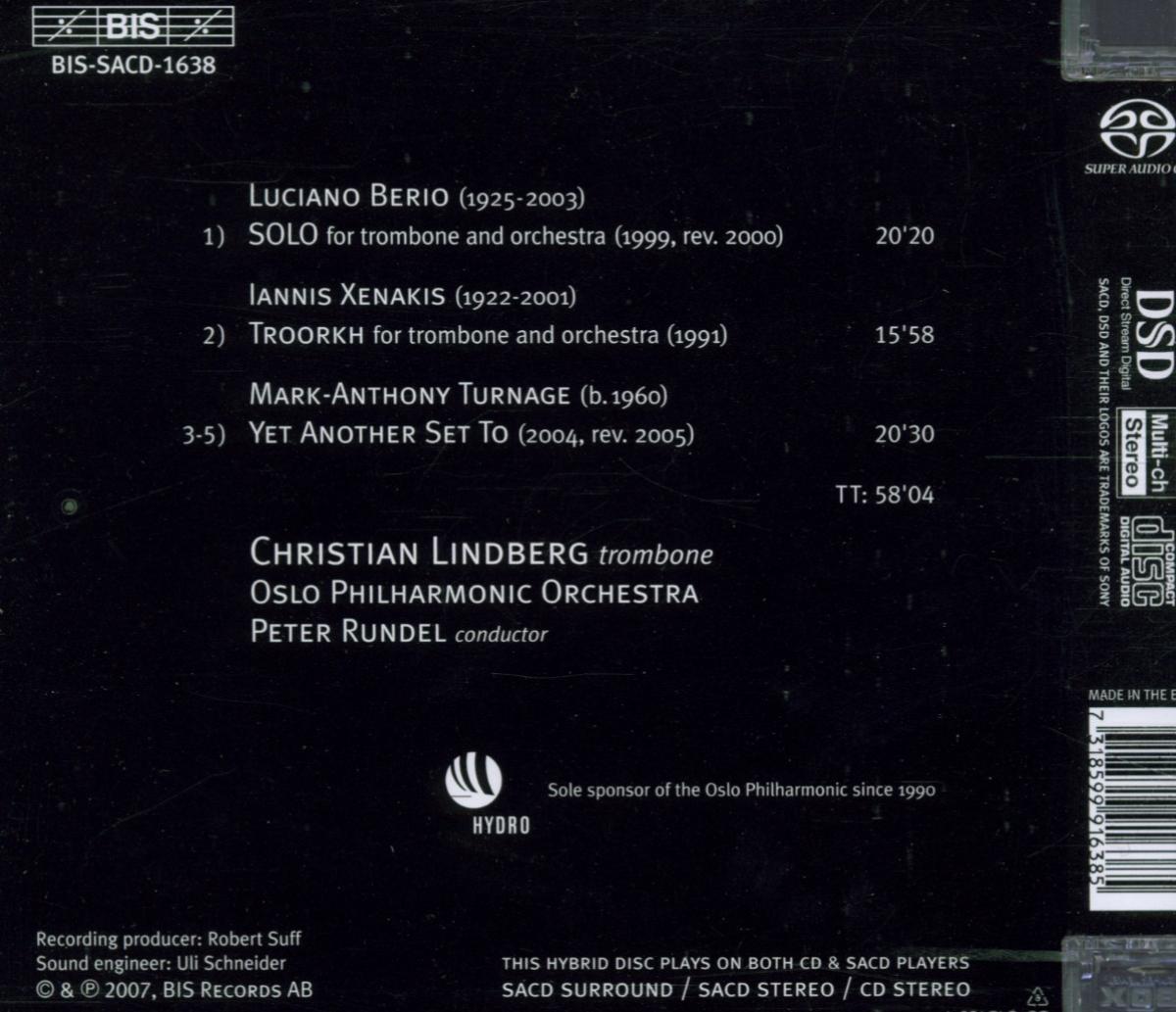 Bewertung:
lieferbar innerhalb 1-2 Wochen
(soweit verfügbar beim Lieferanten)
EUR 18,99*
Versandkosten
Starting with the disc The Virtuoso Trombone, recorded in 1983, Christian Lindberg has been the main protagonist of some 35 discs on the BIS label. But the present disc is surely destined to count as one of the most important. It brings together three of more than 80 concertos that have been dedicated to Christian Lindberg during his unparalleled career. One of the first of these was actually Troorkh (the title derived from trombone + orkhestra) by Xenakis, the result of an encounter in 1985 between the budding trombone soloist and the firmly established and highly regarded composer. Lindberg asked Xenakis for a concerto and got an emphatic ‘No’ for an answer – only to receive the score 6 years later. (In order to perform the demanding work, Lindberg then had to undertake a rigorous stamina-building programme lasting two years!) Berio’s SOLO was the result of a collaboration between the composer and Lindberg which included a role especially written for Lindberg in the opera Cronaca del Luogo. SOLO and Troorkh are two of the works that Christian Lindberg has performed most frequently all over the world, but this is the first time he commits his interpretations of them to disc. The last piece on the programme is Yet Another Set To by Mark-Anthony Turnage, a work that fully exploits Lindberg’s unique talents, requiring both virtuoso precision, the freedom of jazz delivery and a range of sounds from extrovert projection to intimate lyricism. Written in Turnage’s highly personal and yet accessible idiom it is a work which Lindberg himself describes as ‘one of the most electrifying works I have played’. Lindberg is partnered by the Oslo Philharmonic in fine shape, conducted by Peter Rundel, who collaborated with Lindberg in the first performance of the revised version of Turnage’s concerto performed here.