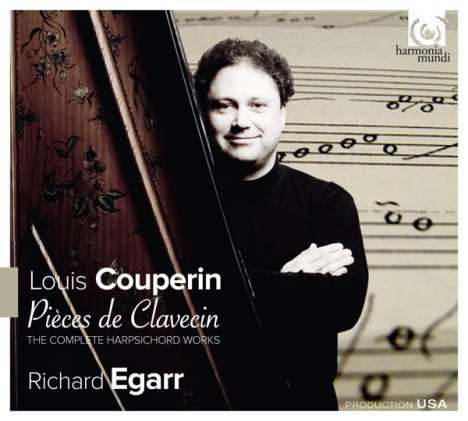 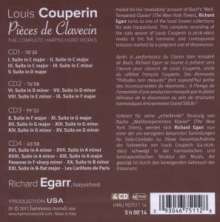 Lea Desandre - Amazone
CD
EUR 19,99*
Hailed for his “revelatory” account of Bach’s Well-Tempered Clavier (The New York Times), Richard Egarr turns to one of the least known collections for solo harpsichord. This complete recording of the solo œuvre of Louis Couperin (c. 1626-1661) revels in his full harmonic and contrapuntal textures, marked by a poignant use of dissonance – music that entrances the ear! Richard Egarr Richard Egarr trained as a choirboy at York Minster, at Chetham’s School of Music in Manchester and as organ scholar at Clare College Cambridge. His studies with Gustav and Marie Leonhardt further inspired his work in the field of historical performance. Music Director of the Academy of Ancient Music since 2006 and a regular guest director with such other ensembles as Handel and Haydn Society and Tafelmusik, he is increasingly sought-after by non-period orchestras in a broad range of repertoire from Monteverdi to Mendelssohn. The Handel and Bach oratorios lie at the heart of his repertoire, and he has a growing reputation in the operatic field. Richard Egarr records exclusively for harmonia mundi USA where his solo output comprises works by Frescobaldi, Gibbons, Couperin, Purcell, Froberger, Mozart and J. S. Bach (Goldberg Variations and Well-Tempered Clavier). He has an impressive list of award-winning recordings with Andrew Manze, including sonatas by Bach, Biber, Rebel, Pandolfi, Corelli, Handel, Mozart and Schubert. With the Academy of Ancient Music he has recorded J. S. Bach’s harpsichord concertos and Brandenburg Concertos. In Handel year 2009 they completed a 7-CD series of Handel discs including the Concerti grossi Op. 3 which won a Gramophone Award.