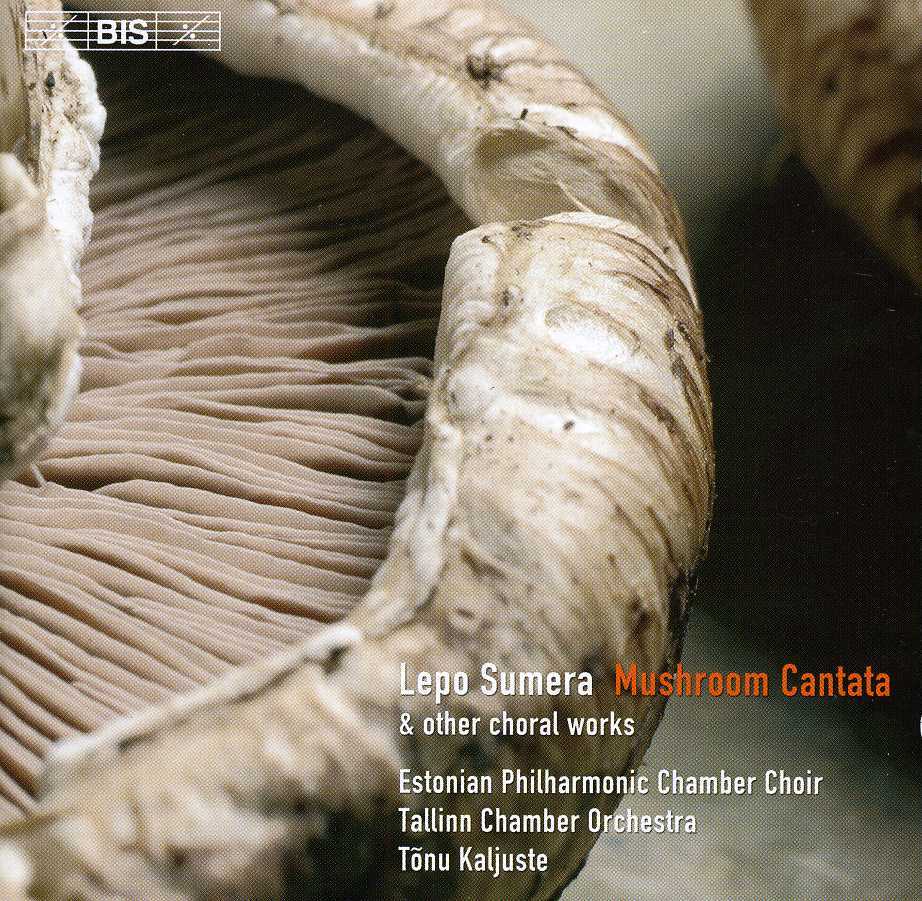 Artikel am Lager
-70%
EUR 19,99**
EUR 5,99*
Versandkosten
BIS - Große Aktion
Lepo Sumera was one of the great characters in the musical life of his native Estonia. An admired symphonist and a pioneer in electro-acoustic and computer music, he was also an accomplished lecturer and organizer as well as being the Estonian Minister of Culture during the years 1988-1992. Mainly known for his symphonic works – the six symphonies have all been released on BIS in interpretations by Paavo Järvi – Sumera also composed for choir.

The four works gathered on this disc were all conceived at the instigation of or in collaboration with Tõnu Kaljuste, who conducts them here. Ranging from a treatment of the Estonian national epic Kalevipoeg over a catalogue (in Latin) of mushrooms, to the comic wordplay of Concerto per voci e strumenti, the programme creates a many-faceted picture of the composer while displaying the manifold qualities and abilities of a great choir.

The Estonian Philharmonic Chamber Choir, appearing for the first time on BIS, has become increasingly well known internationally, from performances both with founder and former artistic director Tõnu Kaljuste and with his successor Paul Hillier. Here aided by Tallinn Chamber Orchestra (Concerto) and a group of actors (Saare piiga), the choir shines in a repertoire, which to a considerable extent was created directly for it.