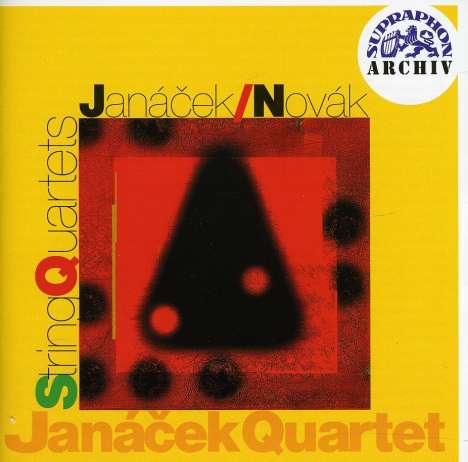 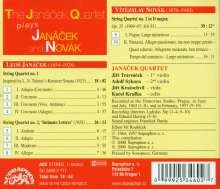 This new CD in Supraphon's archive series pays tribute to another of those ensembles now no longer to be heard in the concert hall, the Janacek Quartet of Brno. Formed in 1947 at the Brno Conservatory, the ensemble adopted Janacek's name in 1949 to reflect its ongoing and diligent efforts to master the great Moravian composer's string quartets. By the 1950s it was making guest appearances in the leading concert halls of the world and enjoying huge success with its gramophone recordings.

In spite of their age, the fine recordings of Janacek's two string quartets made by this ensemble are regarded today as definitive and as essential listening for all those who love Janacek or are engaged in the study of his music. The recordings are particularly authentic on account of he fact that the ensemble's first violinist, Jiri Travnicek, was a pupil of Frantisek Kudlacek, who, as a member of the Moravian Quartet, participated in the first performance of 'Intimate Letters' and played a part in the composer's final revision of the work. Our recording also includes the most popular of the three string quartets by Vitezslav Novak, that in D major.