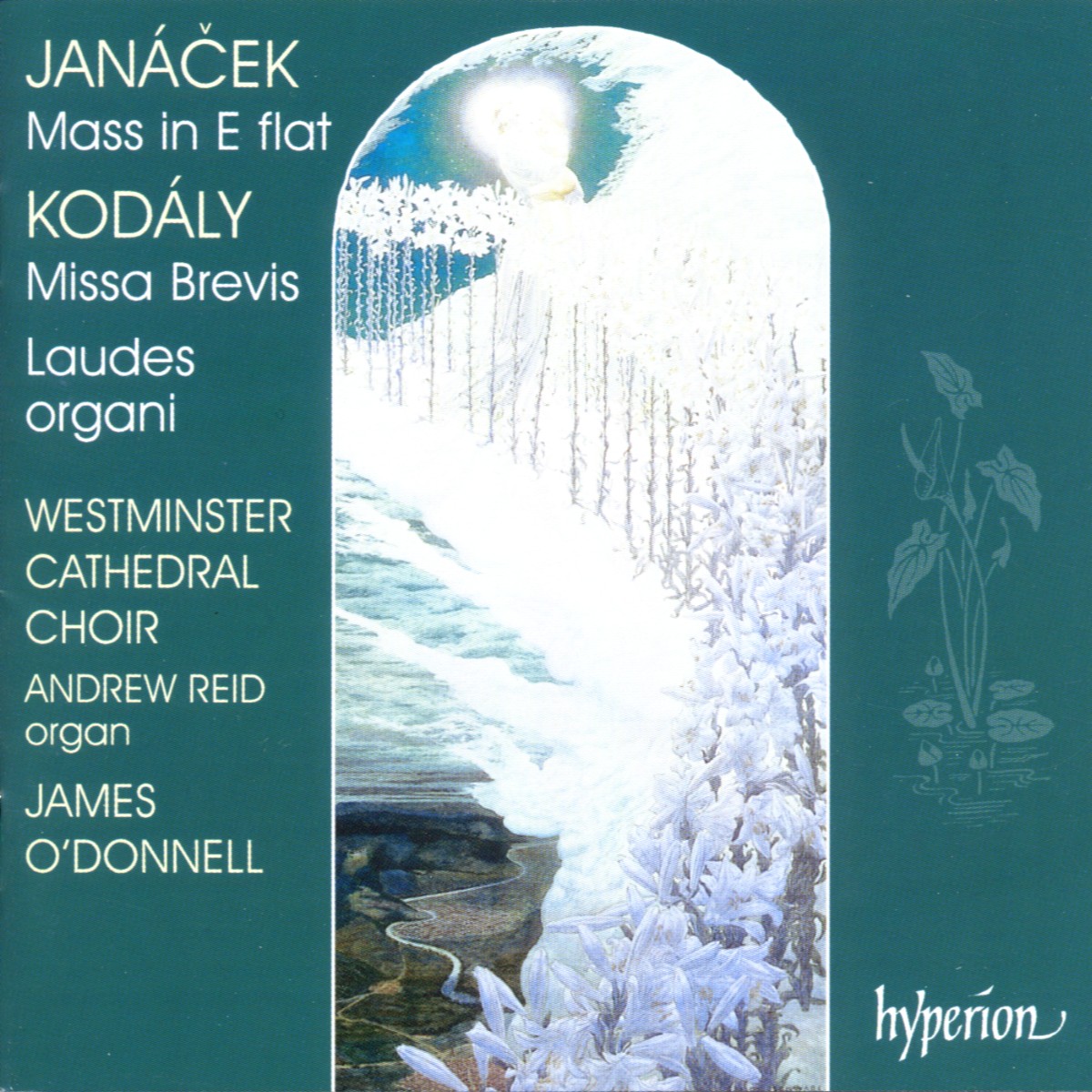 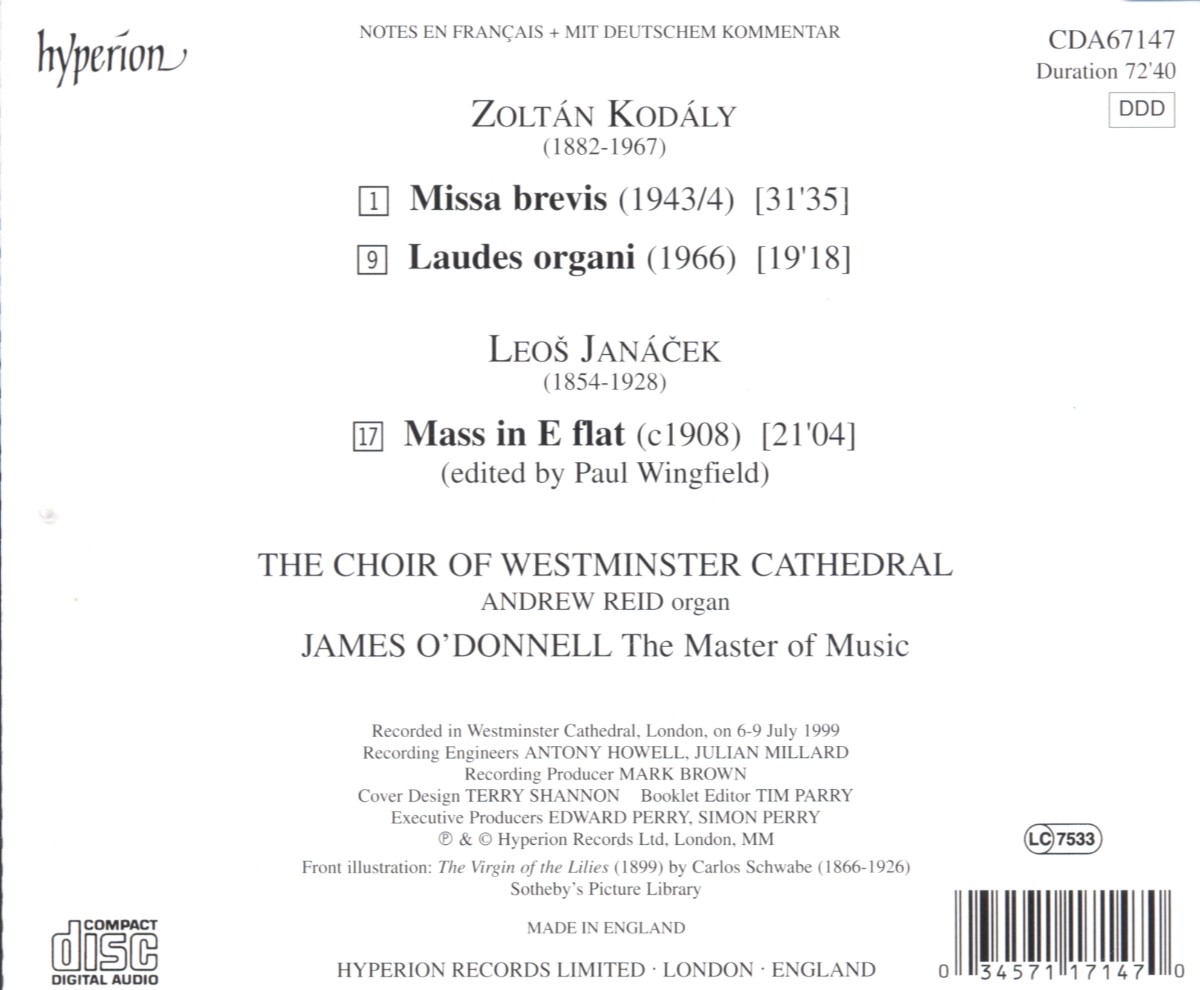 The Janácek Mass is a new completion of the unfinished Mass by Janácek expert Paul Wingfield. Janácek wrote his unfinished Mass in E flat for soloists, mixed chorus and organ probably in 1908. Having completed a Kyrie, an Agnus Dei and some of the Credo, he put it to one side. Twenty years later he returned to it, incorporating most of it into his first draft of the Glagolitic Mass. Subsequent revisions of the Glagolitic Mass removed almost all of the material from the earlier work, the score of which Janácek appears to have destroyed. Fortunately, the incomplete Mass was preserved by a pupil of Janácek's and was published in 1972. The version recorded here is based on both this edition and the early drafts of the Glagolitic Mass. Paul Wingfield has provided a new completion of the Credo.

The Missa Brevis by Kodály was written originally as an Organ Mass and later rearranged as a Missa Brevis for organ and mixed choir. The first performance was in the Budapest Opera House cloakrooms during the siege of Budapest in 1944 / 45!

The Laudes Organi is Kodály's last completed work and is notable for its imposing organ introduction and interludes. Its triumphant conclusion marks a fitting end to the career of a composer whose contribution to the Hungarian choral tradition remains unrivalled.

This recording is the final recording with James O'Donnell as the Master of Music at Westminster Cathedral.

'The intensity and focus of the treble voices, for which this choir is famed, brings a luminosity to Janacek's angular lines that compels attention ... radiant performances' (BBC Music Magazine)

'These pieces have an affecting quality, and they are most beautifully sung and lucidly recorded' (International Record Review)

'Sumptuously recorded and delivered with obvious affection for the music, this is my personal record of the year' (Gramophone)