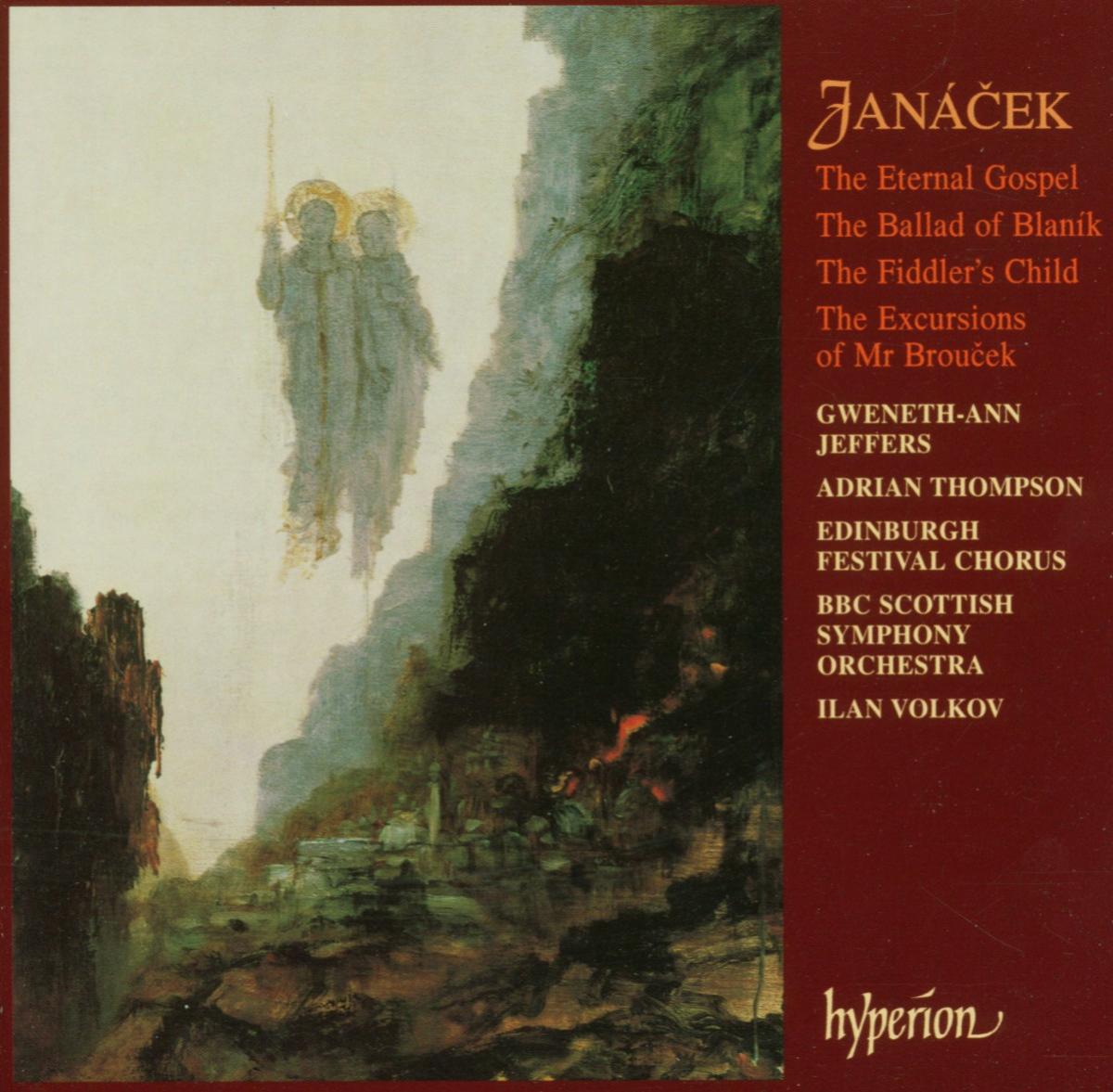 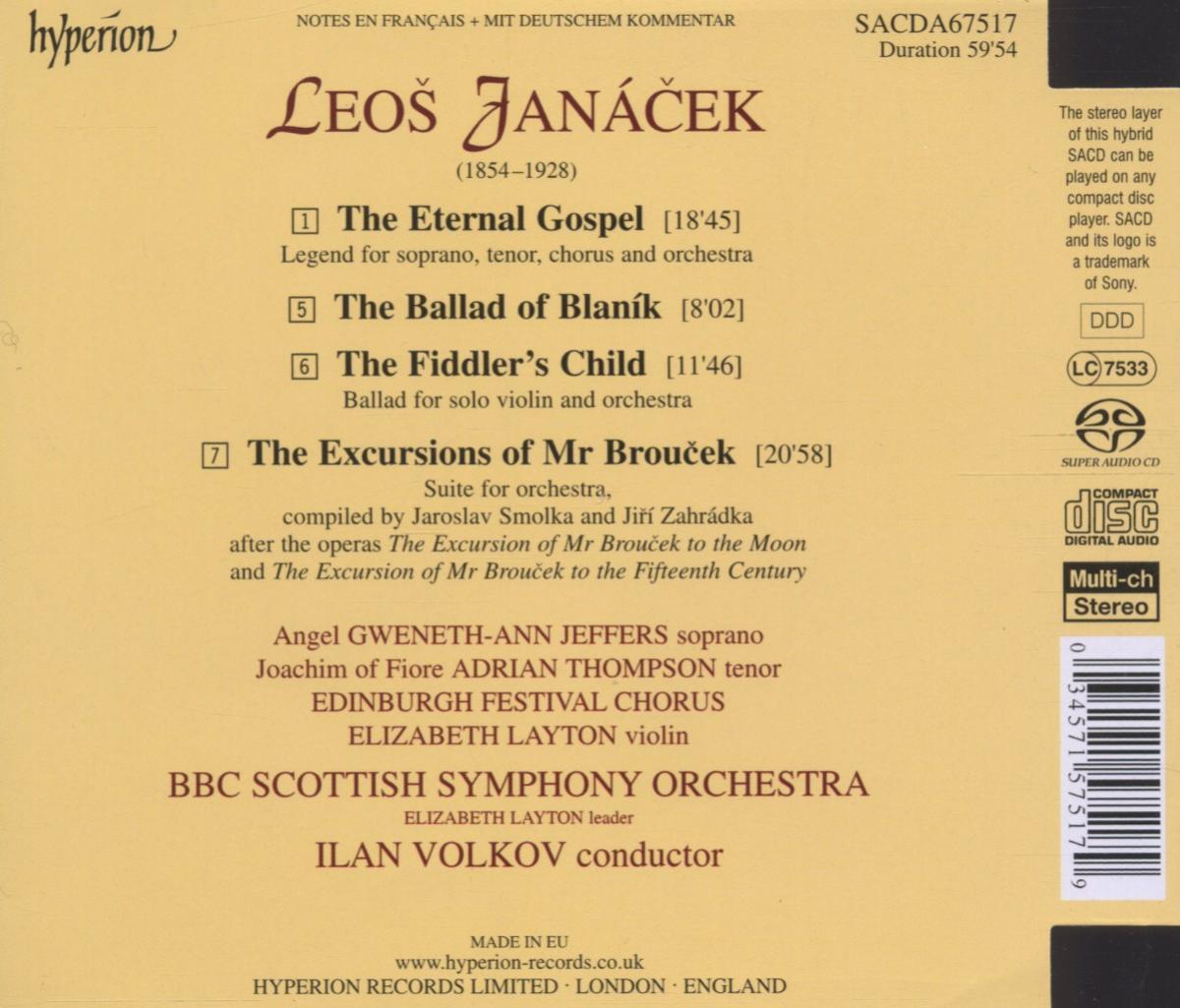 The years either side of the First World War were a time of renaissance for the Czech nation – and at the heart of this rebirth was the music of Leoš Janácek. The Fiddler’s Child, a ballad for solo violin (Elizabeth Layton in this exciting new recording) and orchestra, tells a harrowing tale of supernatural malfaisance as a parable for the struggles of a perennially oppressed nation. Such a tone of double meaning is also to be found in The Eternal Gospel: overt religiosity becomes, for Janácek, an expression of the contemporary world’s need for reconciliation – the work received its premiere late in 1917. Similarly The Ballad of Blaník, dating from a couple of years later, adapts traditional folk material into an orchestral ‘miniature epic’ depicting the transformation of swords into ploughshares amid a scene of unabashed pastoral tranquillity. Janácek’s two ‘Excursion of Mr Broucek’ operas – the ‘excursions’ in question being ‘to the moon’ and ‘to the fifteenth century’ – concern themselves with traditional tales of medievalist escapism. Dedicated to ‘the liberator of the Czech nation’ (Tomáš Masaryk, the country’s president in the years following its separation from the Austro–Hungarian empire), this is music of an irrepressible vivacity and optimism; the suite recorded here (prepared after the composer’s death) draws together the considerable quantity of purely orchestral music from the operas – including some of Janácek’s original drafts. The broad sweep of these orchestral works is given full flight in luxurious performances from the BBC Scottish Symphony Orchestra under its Chief Conductor Ilan Volkov. Czechoslovakia’s independence was to be short-lived, but Janácek’s aspirational music can stand today as a symbol of what might have been.

'This is a must for any Janácek fanatic. Not only does it contain a selection of his works rarely, if at all, found elsewhere, but also the performances and recording are superb in almost every way' (The Daily Telegraph)

'The Eternal Gospel dates from 1913, and so is mature Janácek, sharing much with the sound world of his operas. As this sympathetic performance shows, it's a piece that has been cruelly neglected' (The Independent)