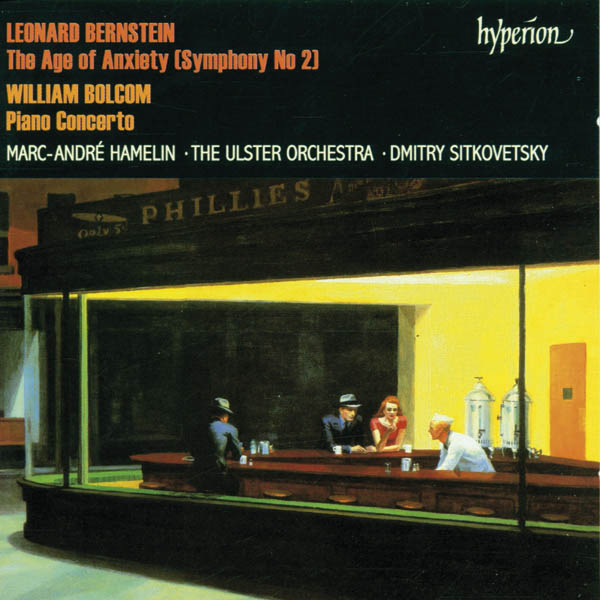 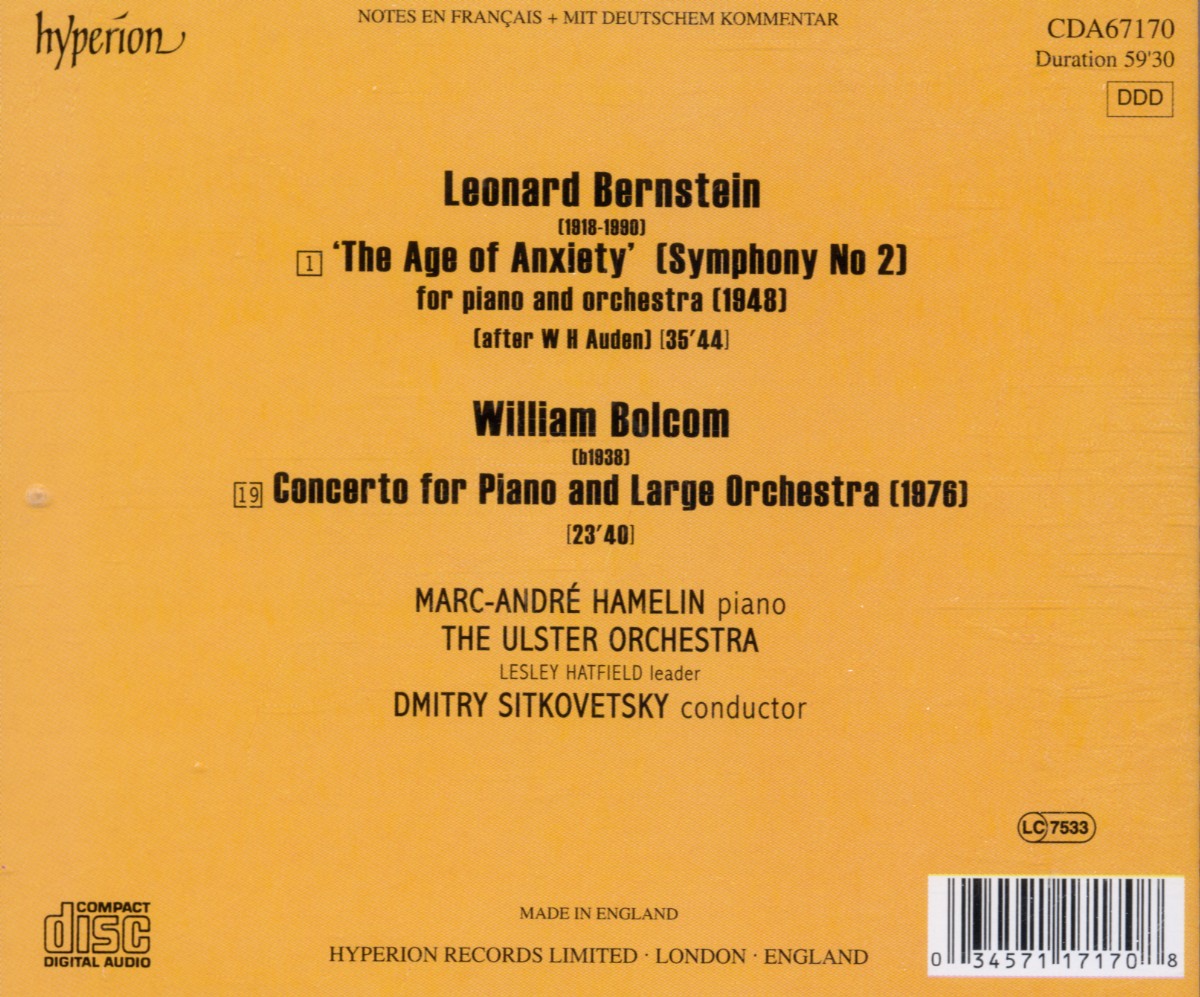 These two important American works for piano and orchestra are rather different stylistically but both are concerned with the very 20th-century issues of man's purpose in life and his place in a society when there are no longer any absolute values. As such they are far removed from the conventional idea of the
Concerto as display piece and both integrate piano and orchestra symphonically (indeed Bernstein calls his work a symphony).

Bernstein's The Age of Anxiety is based on a poem of that name by W. H. Auden and its contents follow closely the narrative of that work. It is a moving and predominantly sombre composition though The Masque section is an exhilarating, jazz-inspired piece.

Bolcom has, rather like Ives before him, always integrated the disparate styles of popular and serious music in his work and his
Concerto is no exception. The piece was written in 1976 as a cynical response to the glitz of the American bicentennial celebrations. Though the many quotations from American popular songs in the last movement are meant to be ironic, to most listeners their effect is of a riot of musical humour.

Though not much represented in his output for Hyperion, Marc-André Hamelin has long made a speciality of American contemporary music. His feel for jazz and the rhythmic drive of much of this music and his interest in popular North American culture make him the ideal interpreter for these major works.

»I like this record a great deal« (Hi-Fi News)

Leonard Bernstein
West Side Story - The Making of
DVD
EUR 19,99*