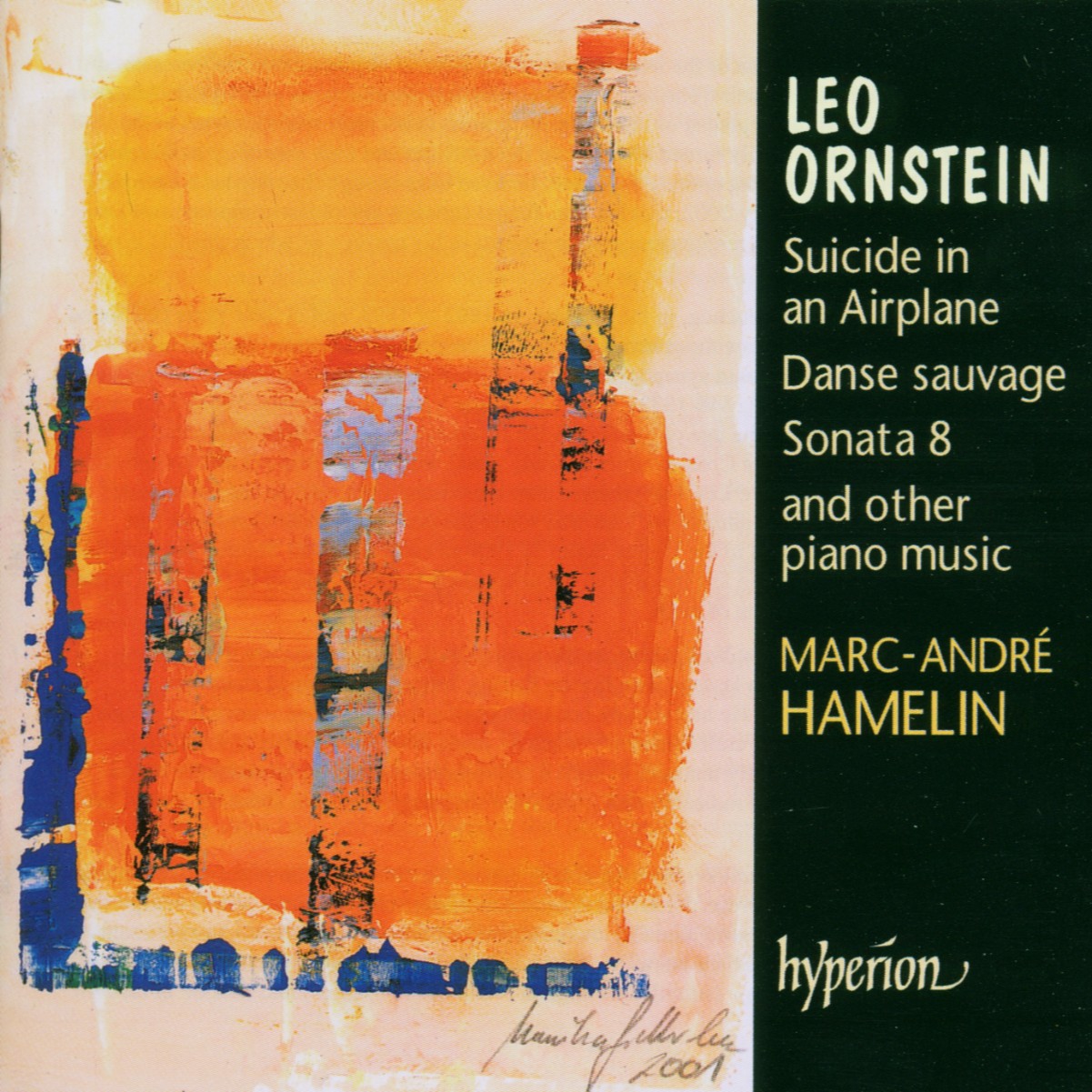 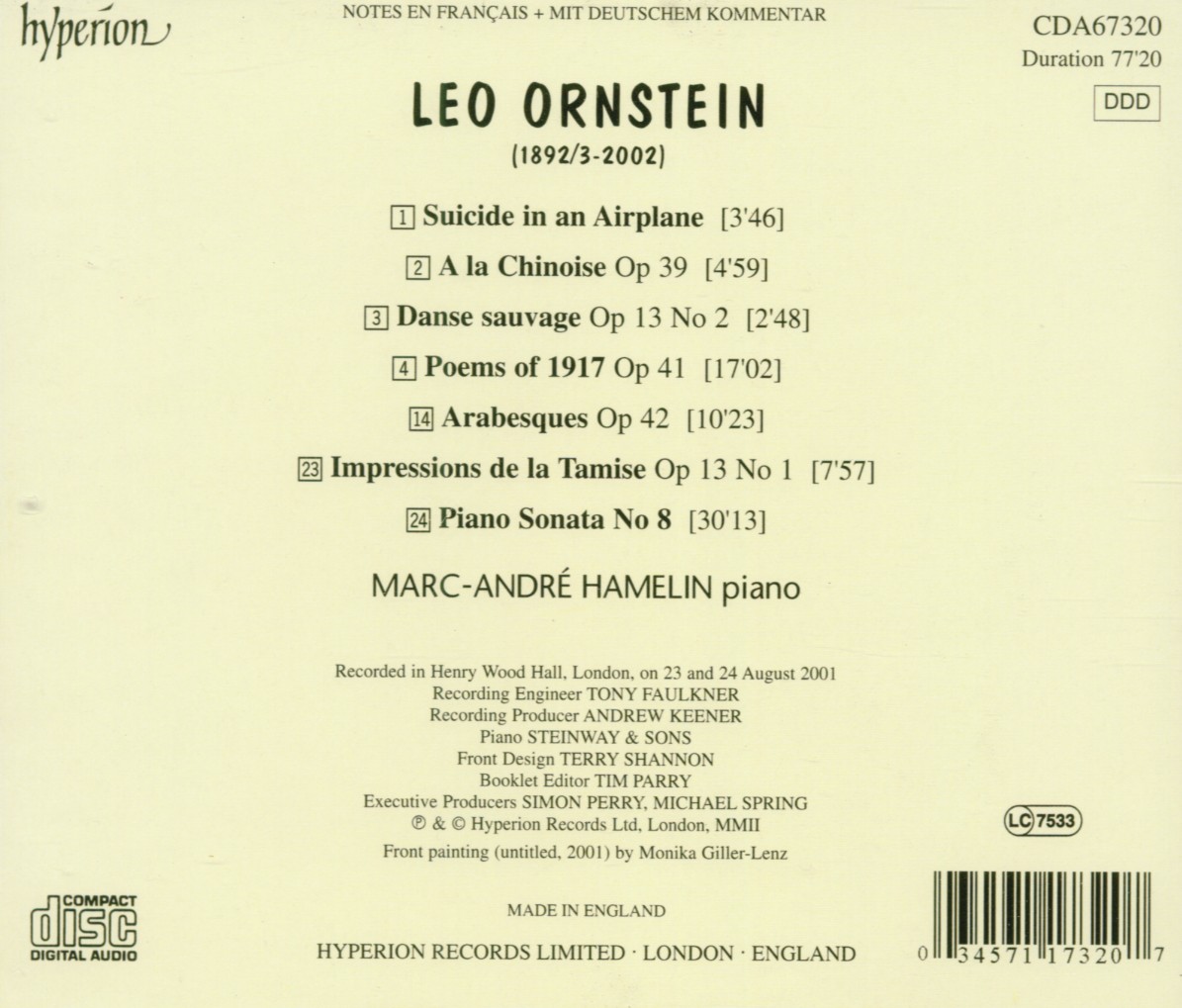 When Leo Ornstein died in February 2002, the musical world lost a fascinating composer, quite possibly the oldest of all time (the year of his birth is uncertain, but he was probably 109 years old). Ornstein had an extraordinary life: he was a child-prodigy pianist in his native Russia, a refugee from anti-Semitism, an avant garde American composer and a virtuoso pianist of international renown in his early twenties. However, at the height of his fame he voluntarily turned his back on the limelight and took sanctuary in increasing obscurity, and having been almost entirely forgotten, he lived long enough to take satisfaction in the re-emergence of an interest in his music—of which this CD is early testimony.

Ornstein's early piano works were unlike anything else in music. He employed the piano as a percussion instrument, pounding out savage rhythms and ferocious cluster-chords with a raw primal energy. He embraced atonality independently of Schoenberg and rhythmic primitivism unaware of Stravinsky's Rite of Spring. The titles of his pieces—among them Danse sauvage and Suicide in an Airplane—reflected the extremist brutality of the music and rapidly gained him notoriety. By his early twenties he was one of the most highly reputed of contemporary composers.

The music on this CD comes from each end of Ornstein's improbably long creative career. The shorter works were written at its outset, while the large-scale, kaleidoscopic Eighth Piano Sonata, his last composition, was finished in September 1990, when he was in his late nineties.

The ever-inquisitive Marc-André Hamelin gives commanding performances of these supremely demanding works. The result is a stunning disc that reveals one of the twentieth century's most original and quirkily imaginative creative minds.