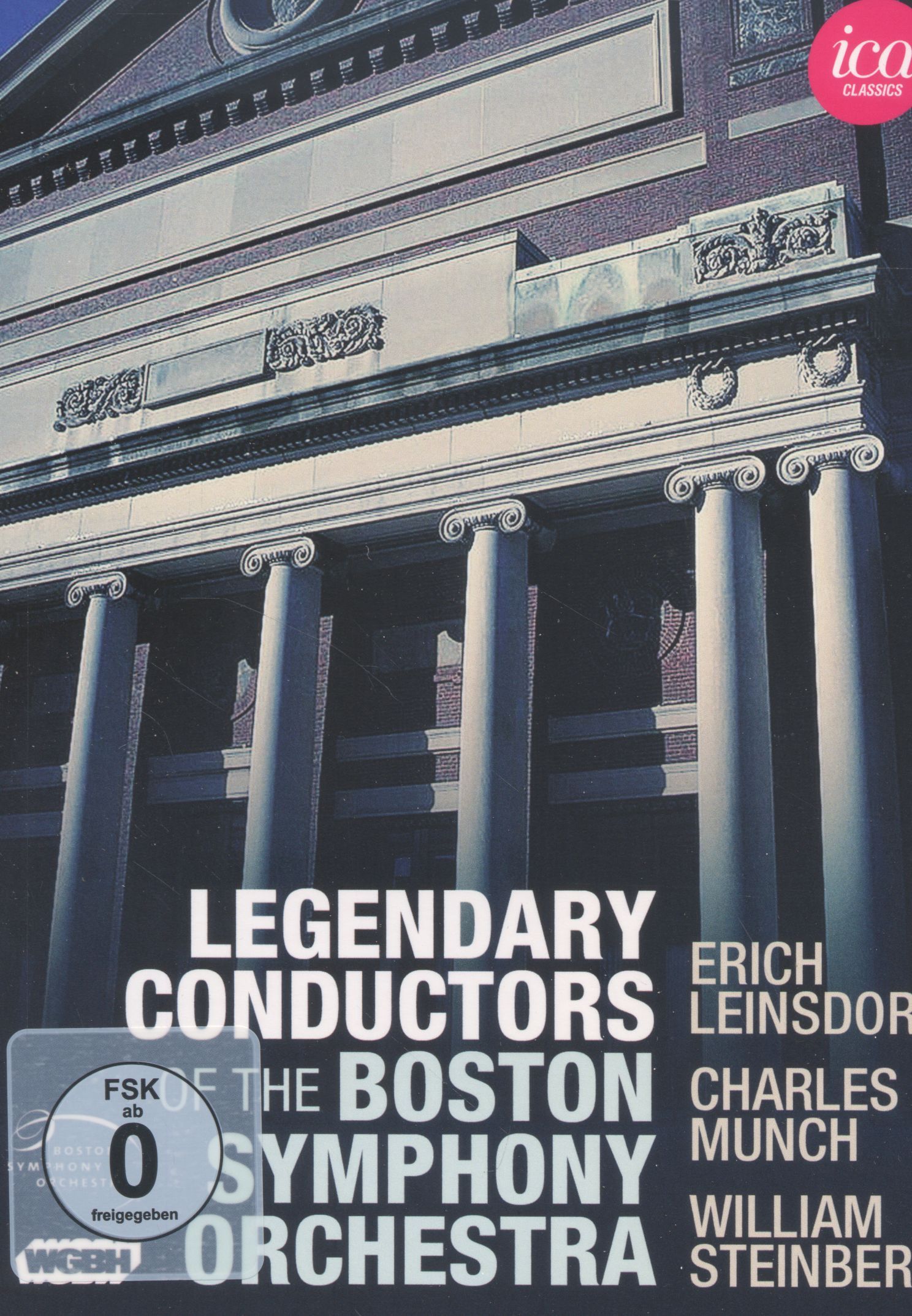 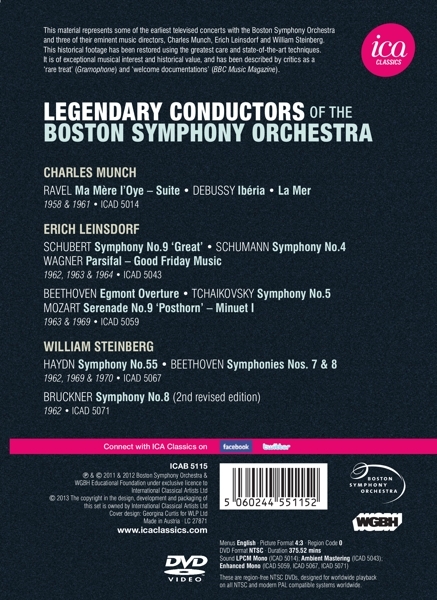 "This DVD is a welcome addition to the Erich Leinsdorf legacy.​ It is surprisingly exciting.​ It contains moments of what might pass for Viennese charm.​ It is useful from today’s perspective to look Leinsdorf in the eye in presentable color and experience him in good Symphony Hall sound, both supplied here.​ These Tchaikovsky and Beethoven performances date from 1969.​ They are recorded well, and the camerawork is optically normal and fairly modern.​" (Fanfare)

"Great things had been expected of Steinberg, who had been assistant to both Klemperer and Toscanini and was famed as an orchestra builder.​ It is therefore interesting to have at least one early colour video of him in action with the orchestra during his tenure, plus a guest appearance from somewhat earlier, filmed in black and white.​ Steinberg’s four performances of Haydn’s Symphony no.​55 in 1969 are apparently the only ones the orchestra has given of this work.​ Unlike Munch conducting no.​98 in 1960, Steinberg has a harpsichord, particularly active in the slow movement.​ This sounds big-band Haydn today but is slimmed-down by the light of its times.​ It’s all very neat, buoyant and nicely phrased.​ The Beethoven symphonies are resolved with swift tempi, clean textures and clear phrasing.​ The effect is again buoyant rather than driven.​ Many conductors who take the first movement of no.​7 swiftly are unable to maintain proper articulation of the dotted rhythms right through.​ The beginning of the development is a danger point where even Reiner falters.​ Steinberg is one of the best I’ve heard from this point of view.​" (MusicWeb International)