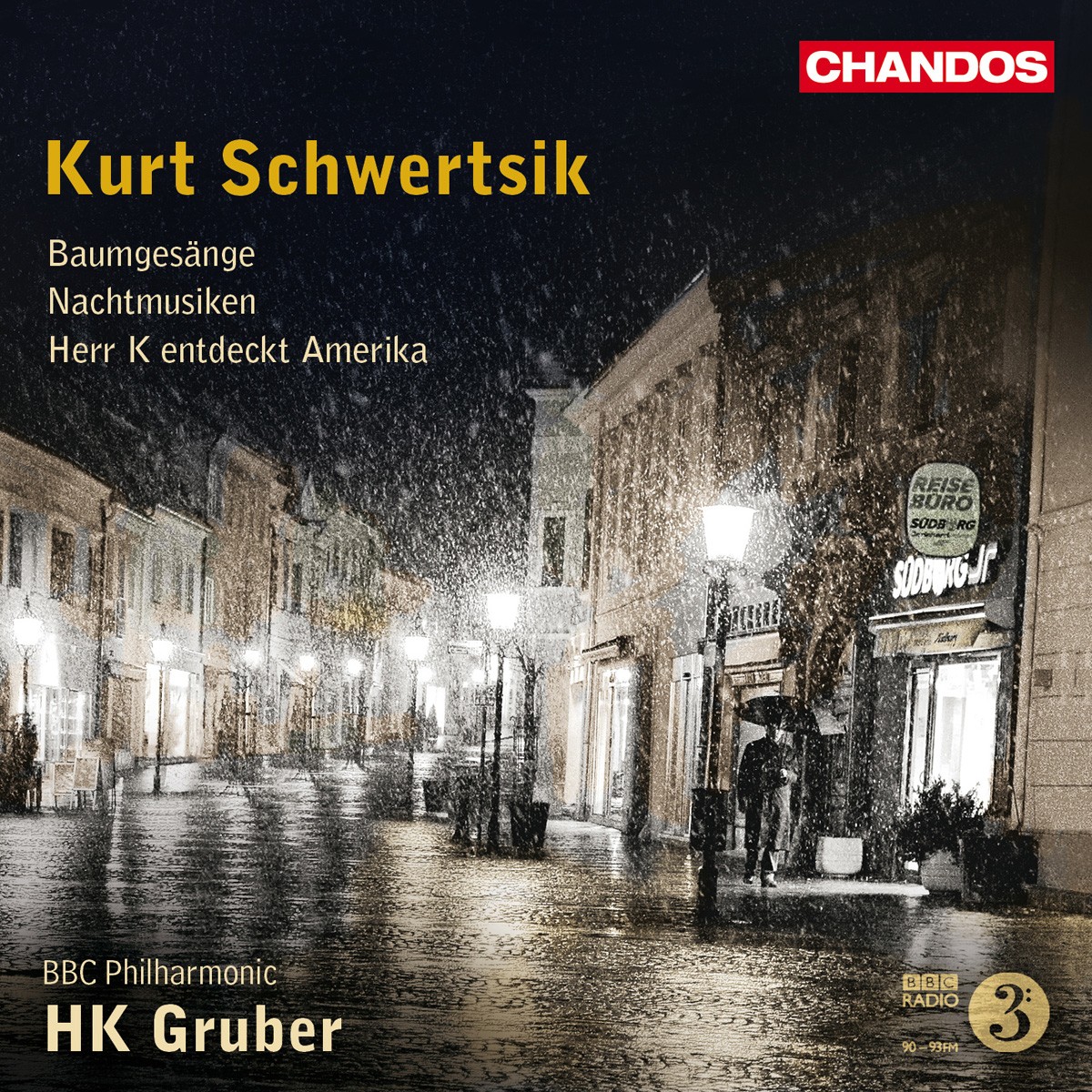 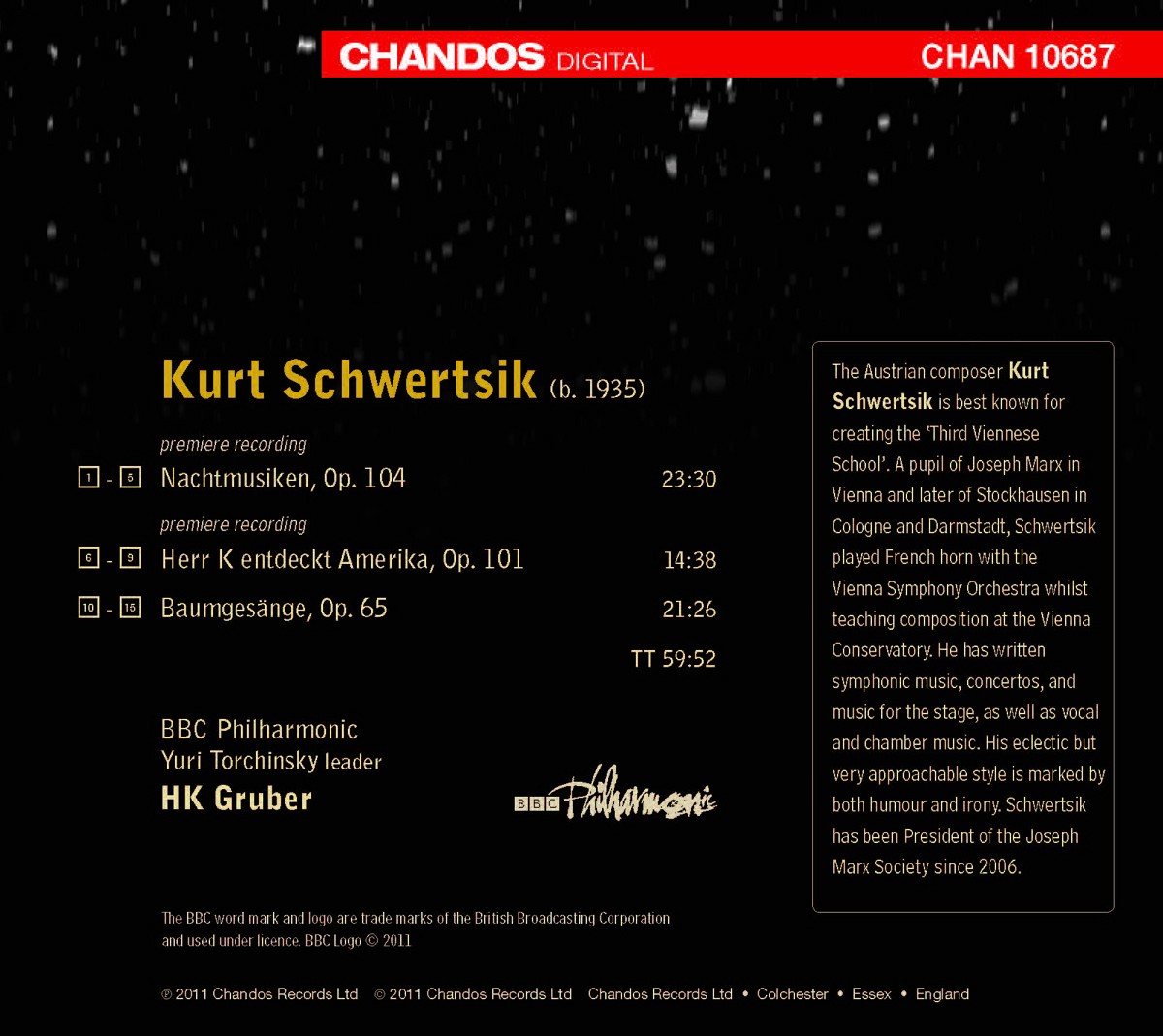 Bewertung:
lieferbar innerhalb einer Woche
(soweit verfügbar beim Lieferanten)
EUR 19,99*
Versandkosten
The works by the Austrian composer Kurt Schwertsik are characterised by his own particular exploration of tonality, and his sense of musical irony and humour. A pupil of Joseph Marx and Karl Schiske at the Academy of Music in Vienna, he later studied with Karlheinz Stockhausen in Cologne and Darmstadt. Here his works are performed by the BBC Philharmonic under HK Gruber, a close friend of Schwertsik’s and fellow founder of the MOB art & tone ART ensemble and the Third Viennese School. Baumgesänge, Op. 65 (Songs of Trees) was composed in 1992 to a commission from the Austrian Broadcasting Corporation (ORF) for the Wien Modern Festival that year. The work is inspired in part by the composer’s childhood memories. In Schwertsik’s own words:‘Trees are friends. To climb a tree was a great joy to me and still is. In these six movements I have tried to give trees a voice… he who pushes aside his dreams has lost everything.’ In Baumgesänge, Schwertsik uses orchestral forces to evoke a sense of the majesty and height of the trees, the blaring wind, and the birdsong in the woods – even the blows of an axe are depicted through the use of tuba, double-bassoon timpani, and piano. Also on this disc is Herr K entdeckt Amerika, Op. 101, a work inspired by Franz Kafka’s unfinished novel Amerika. Despite the title (Mr K. Discovers America) there is not much specifically American about the music, although the rolling gait and touches of fanfare in the first movement, and the sense of large open spaces in the third movement, all contribute to the strong journeying character of the music. Nachtmusiken, Op. 104 is Schwertsik’s most recent work, commissioned by the BBC and premiered in Manchester by the BBC Philharmonic under Gianandrea Noseda in 2010. In his ‘night thoughts’, Schwertsik presents a series of urban nocturnes, elegies, and memories in a seductive mix of passion, sorrow, and melancholy that cannot help but to grip and hold captive the listener from start to finish.