Kenneth Smith - A Song without Words (The Legacy of Paul Taffanel) 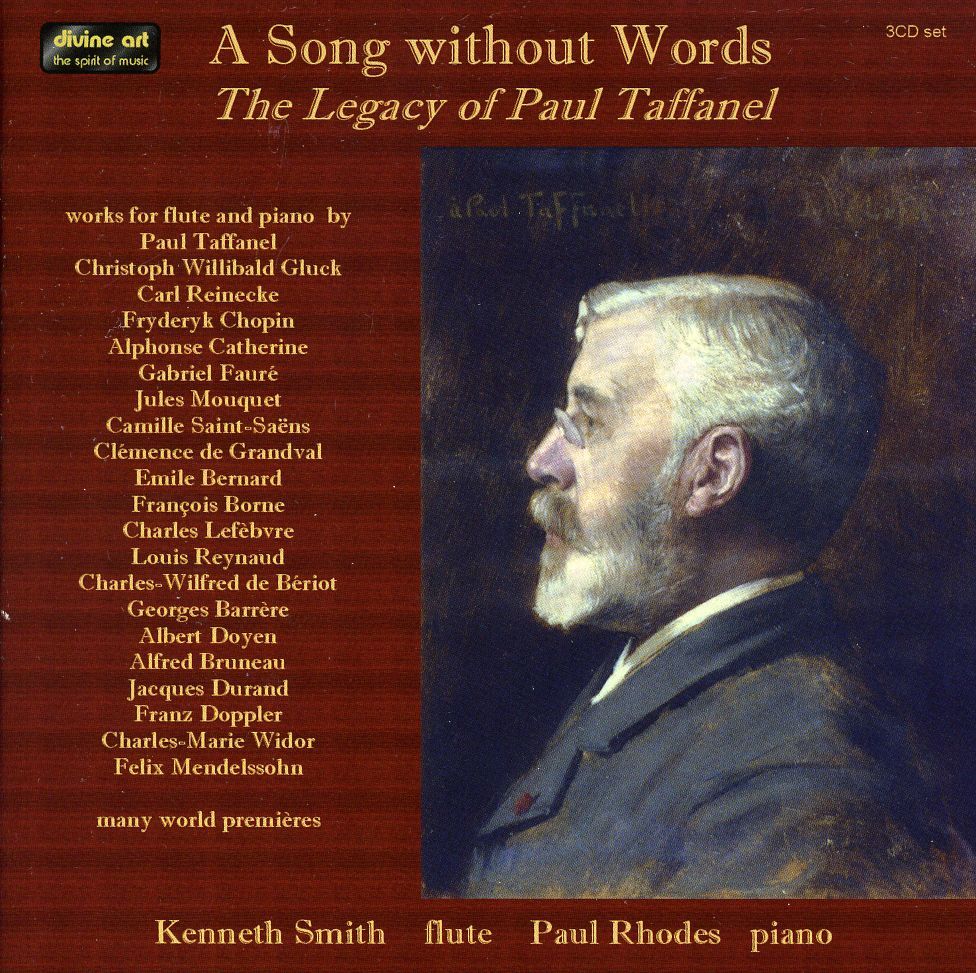 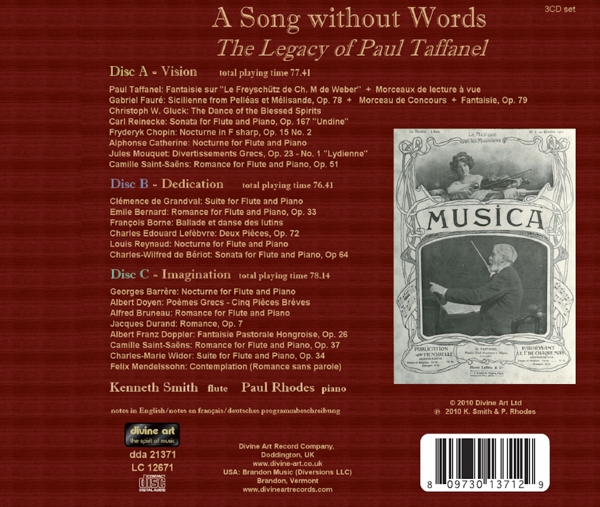 Paul Taffanel became one of a select few players who significantly influenced the course and development of the history of the flute. Indeed, his influence on other flute players, on teachers and composers, and even on instrument makers, had such an impact that it is feasible to think in terms of a “Taffanel legacy”. He was clearly a musical force both on and off the concert platform. His imaginative approach to music conveyed through his expressive use of colour and intensity of sound was unique. Taffanel was dismissive of flute music that tended to concentrate on mere showmanship or on virtuosity for its own sake and there can be no doubt that at the time when he was a young student in the 1860’s, music of this type contributed to a popular perception of the flute as an instrument best suited for light entertainment.

Most of the works recorded here were written and performed during Paul Taffanel’s lifetime, 1844-1908. Several were written especially for him and some appeared regularly in his own recital programmes. Having lain dormant for far too long some of these imaginative compositions are recorded for the first time revealing, to “modern” ears, a rich treasury of music which typifies much of the music heard in the chamber music salons and concert halls of Paris at the turn of the 19th and 20th centuries.

Kenneth Smith has won and continues to win many admirers who follow the Philharmonia Orchestra on disc and on the concert platform throughout the world, his individual tone and superior quality of sound having developed under the guidance of such eminent musicians as Aurele Nicolet, James Galway and the almost legendary Marcel Moyse.

In 1983 after 10 years with the Bournemouth Symphony Orchestra Ken accepted the invitation to become principal flute with the Philharmonia Orchestra, which opened up an international career of performing and recording music at the highest level of the world over. Kenneth Smith is now firmly established as one of Britain’s leading flute players featuring on countless recordings from the symphonic and operatic repertoire with the Philharmonia and other leading Symphony Orchestras.