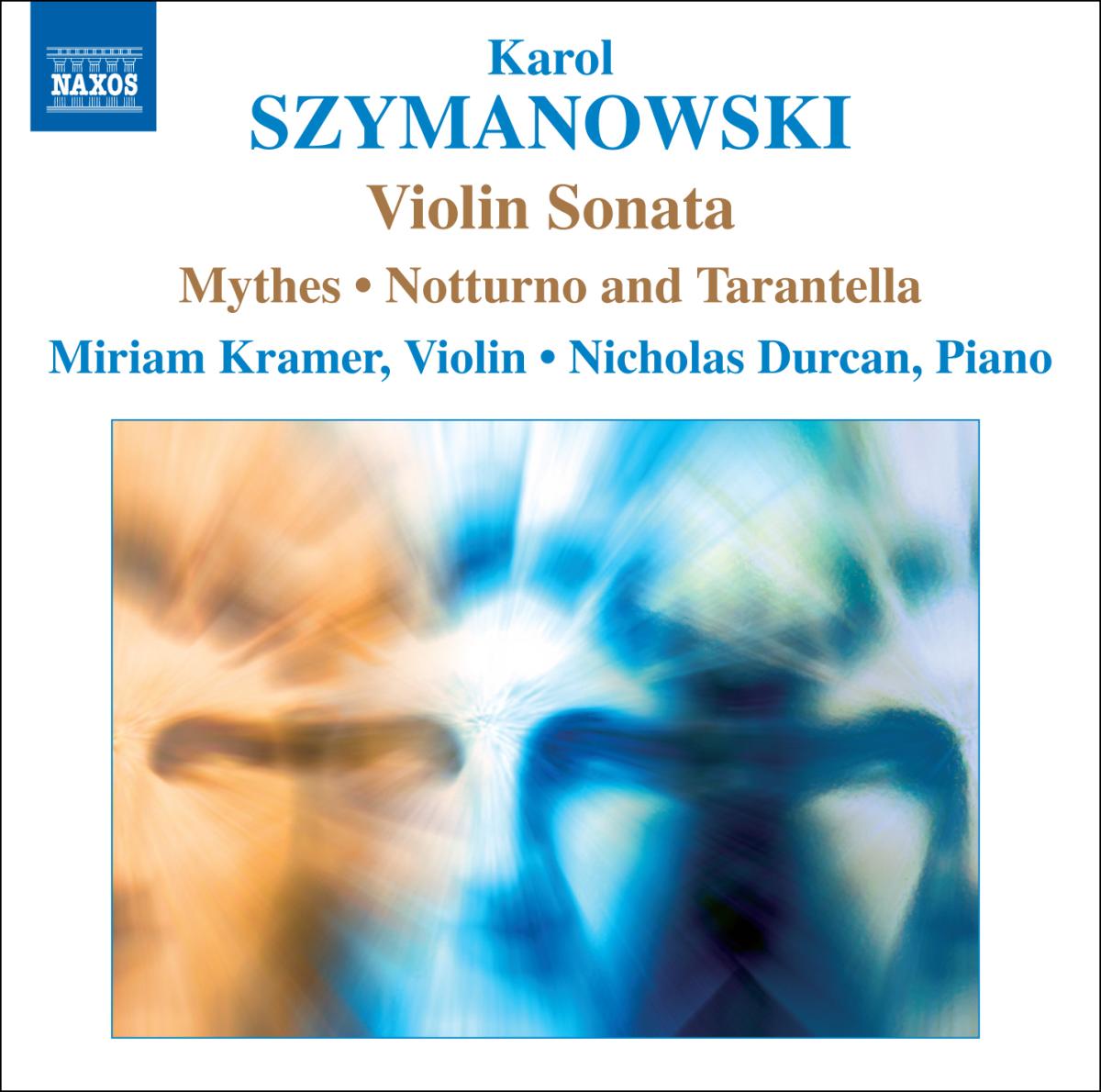 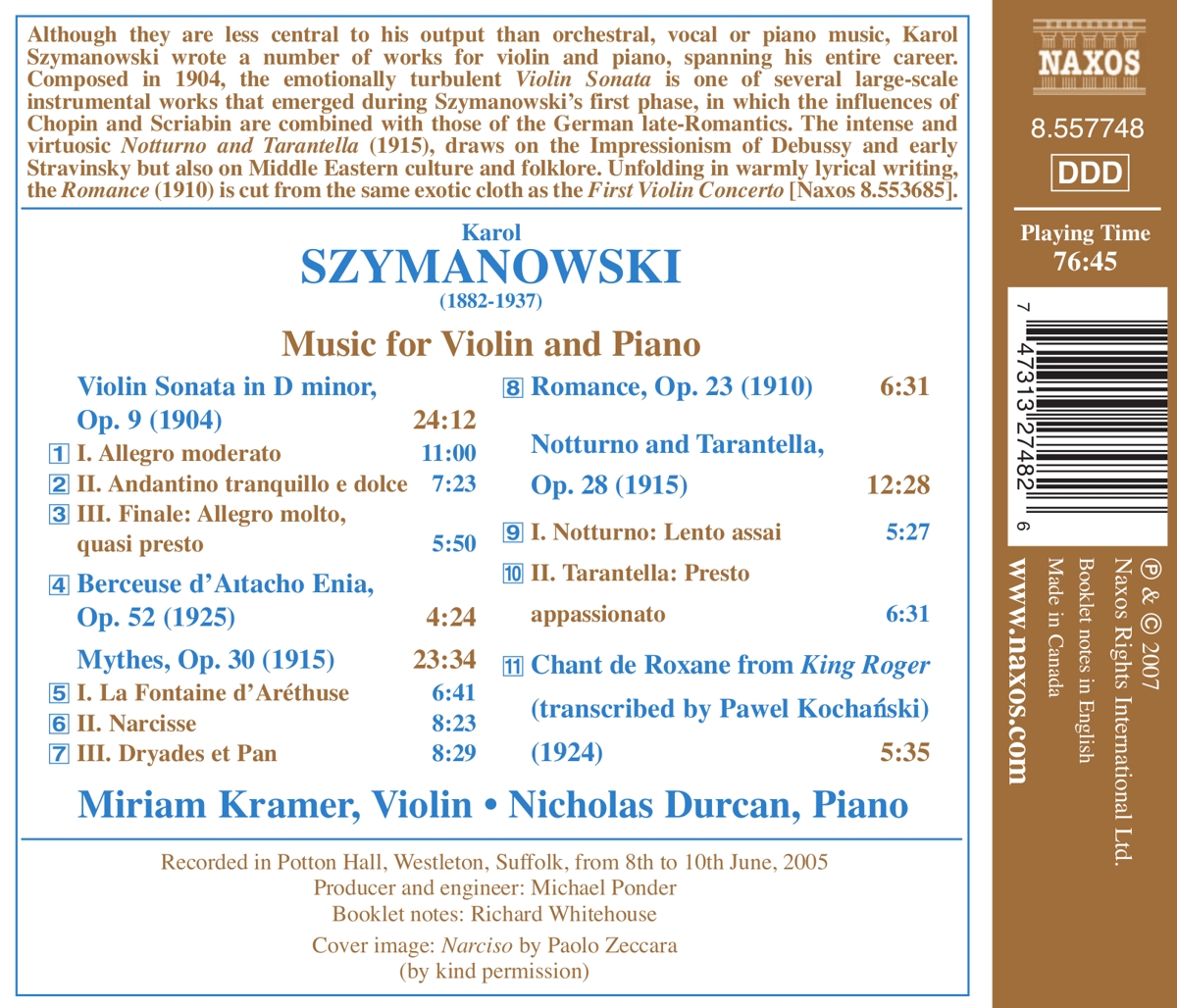 Bewertung:
Nur noch 1 Stück am Lager. Danach versandfertig innerhalb von 1-3 Tagen (soweit verfügbar beim Lieferanten)
EUR 9,99*
Versandkosten
Although they are less central to his output than orchestral, vocal or piano music, Karol Szymanowski wrote a number of works for violin and piano, spanning his entire career. Composed in 1904, the emotionally turbulent Violin Sonata is one of several large-scale instrumental works that emerged during Szymanowski's first phase, in which the influences of Chopin and Scriabin are combined with those of the German late-Romantics. The intense and virtuosic Notturno and Tarantella (1915), draws on the Impressionism of Debussy and early Stravinsky but also on Middle Eastern culture and folklore. Unfolding in warmly lyrical writing, the Romance (1910) is cut from the same exotic cloth as the First Violin Concerto [Naxos 8.553685].