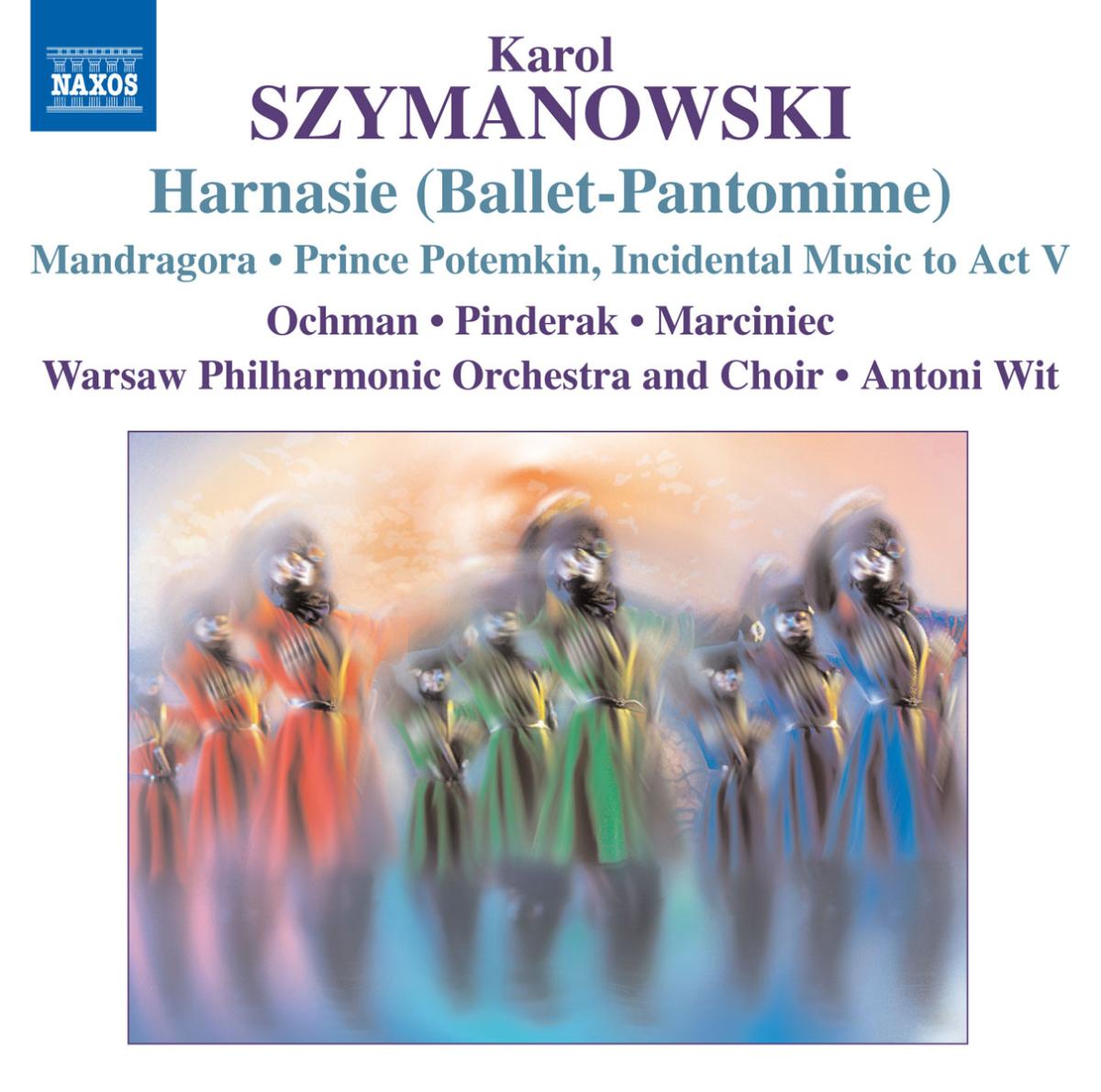 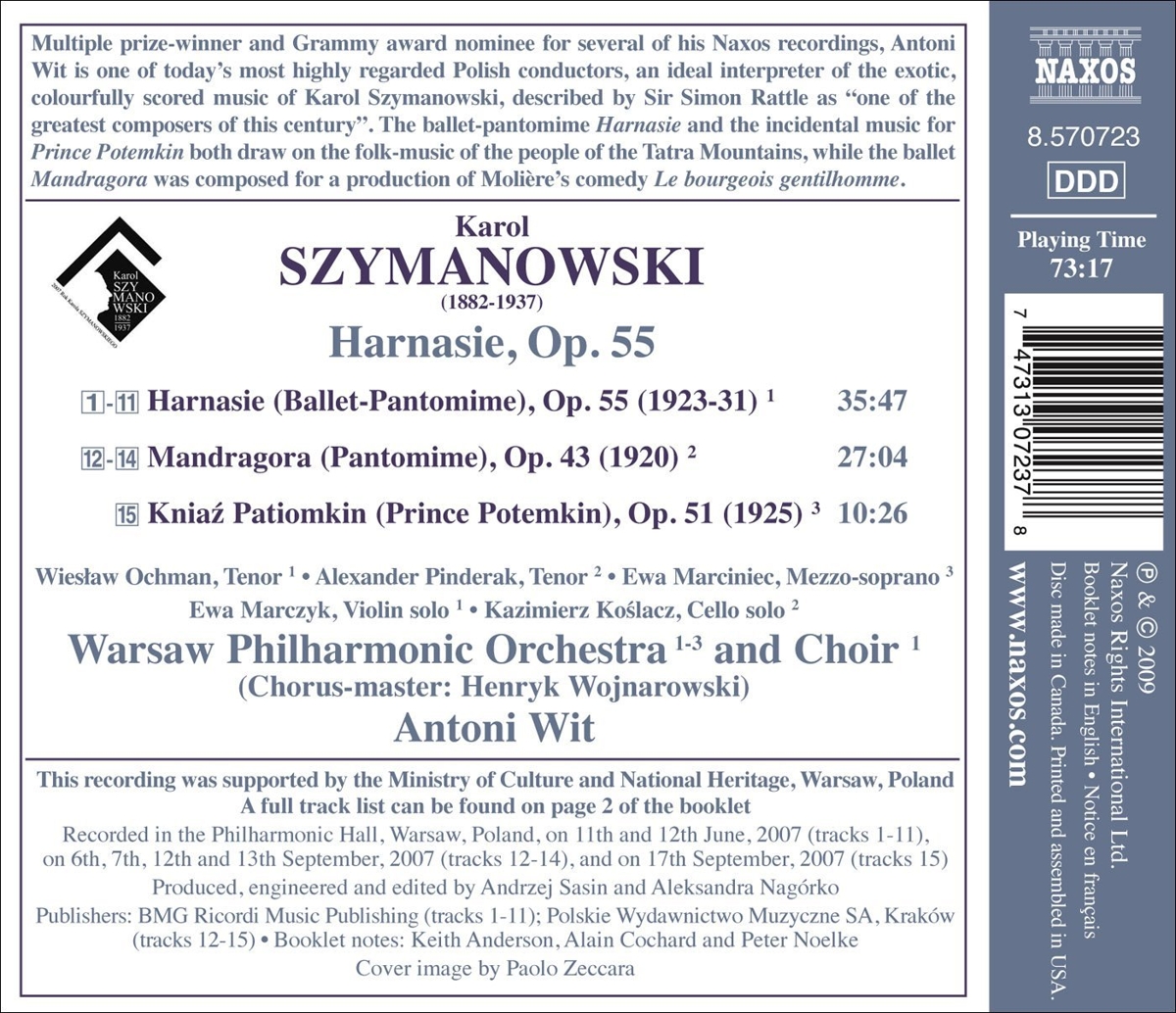 Bewertung:
umgehend lieferbar, Bestand beim Lieferanten vorhanden
EUR 9,99*
Versandkosten
Multiple prize-winner and Grammy award nominee for several of his Naxos recordings, Antoni Wit is one of today's most highly regarded Polish conductors, an ideal interpreter of the exotic, colourfully scored music of Karol Szymanowski, described by Sir Simon Rattle as "one of the greatest composers of this century". The ballet-pantomime Harnasie and the incidental music for Prince Potemkin both draw on the folk-music of the people of the Tatra Mountains, while the ballet Mandragora was composed for a production of Molière's comedy Le bourgeois gentilhomme."