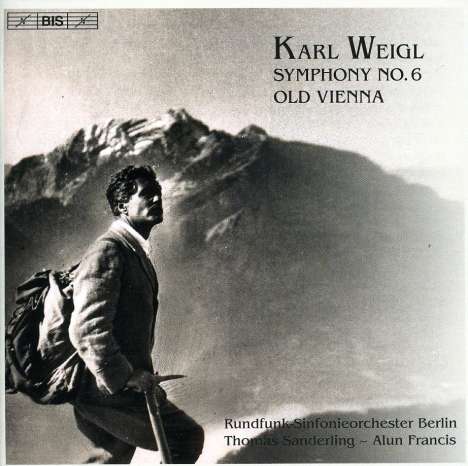 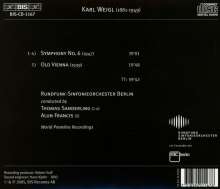 In 2002 we released the first recording of Karl Weigl's Fifth Symphony, subtitled ›The Apocalyptic‹ and dedicated to the memory of Franklin Roosevelt. Completed in the last year of the Second World War, it is a programmatic work describing the world hovering on the brink of total destruction – a very natural way of seeing things for an Austrian refugee of Jewish descent living in the US during that troubled time.

But there was more than the destiny of his beloved Vienna that occupied Weigl. He was very much part of an old central-European tradition, the tradition of Brahms, Bruckner and Mahler, which – as he must have realized – was threatened whatever the outcome of the war. Described by his fellow student Schoenberg as »one of the best composers of the old school, one of those who continued the glittering Viennese tradition«, Weigl in one of the first works written after his flight to the US in 1938, celebrates one aspect of his native city: the waltzes of the Strauss family. In Old Vienna we get a rhapsody of Vienna-style waltzes, executed with the affection – and nostalgia – of someone who had been present at the time. (Weigl was a regular guest at the soirées of Adèle Strauss, widow of Johann Strauss II, in whose home he met his first wife.)

Compared to this work and to the Apocalyptic Symphony, the Sixth Symphony, composed eight years later and Weigl's last major work, is a piece of absolute music. But here too, in the music itself, is a testament to a tradition that for political and aesthetic reasons had already become a memory in the old world that had fostered it. Neither of the works was performed in the composer's lifetime, and in fact the Symphony had to wait until the present recording. The previous Weigl release on BIS (BIS 1077) was greeted with a 2003 Cannes Classical Award and great acclaim by reviewers who called Weigl »a fascinating voice« and »a major discovery« while naming the performances, by the Berlin Radio Symphony Orchestra and Tomas Sanderling, »exceptional« and »committed«. The ones on the present disc – on which conductor Alun Francis also appears – certainly are no less impressive!