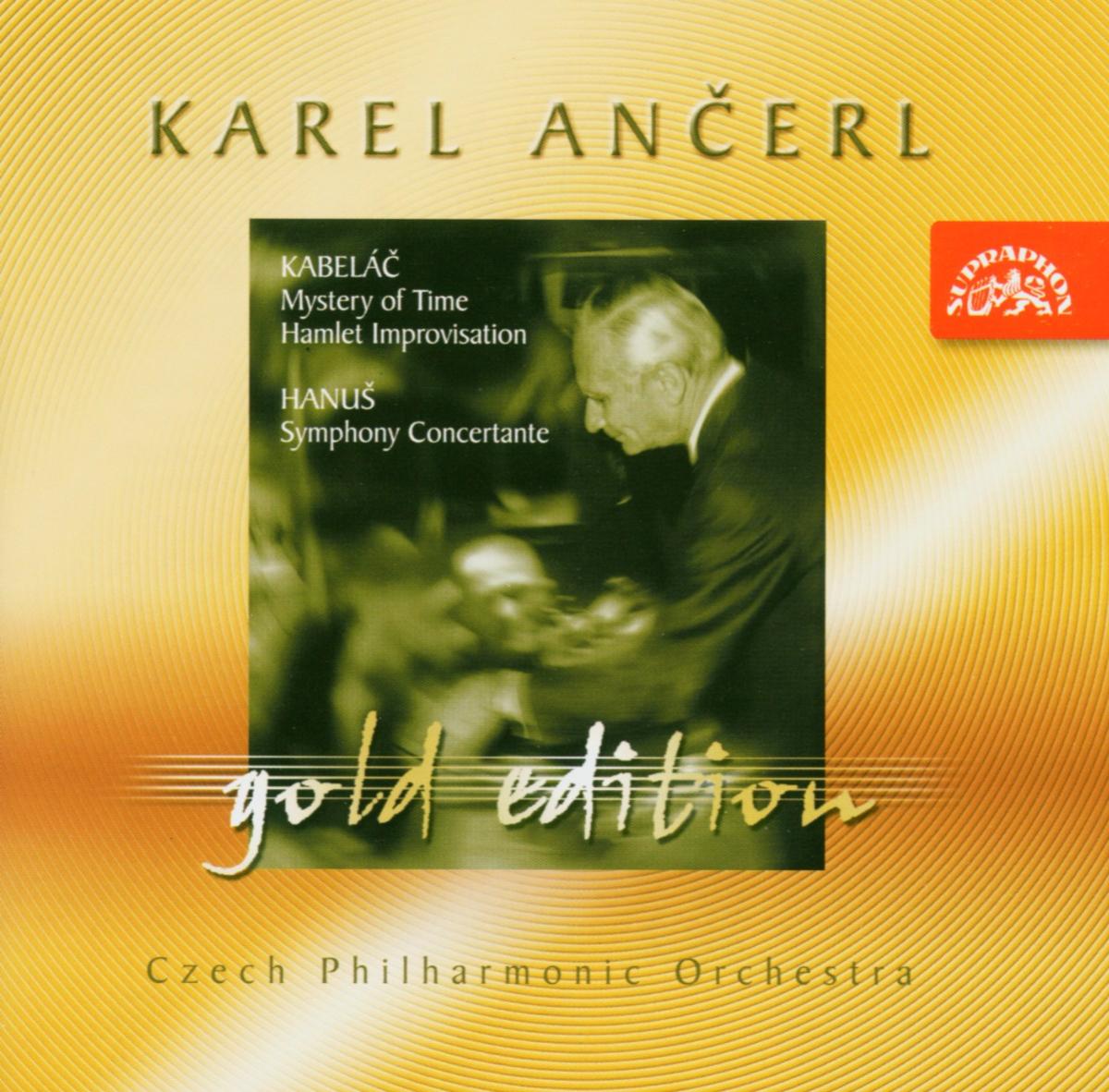 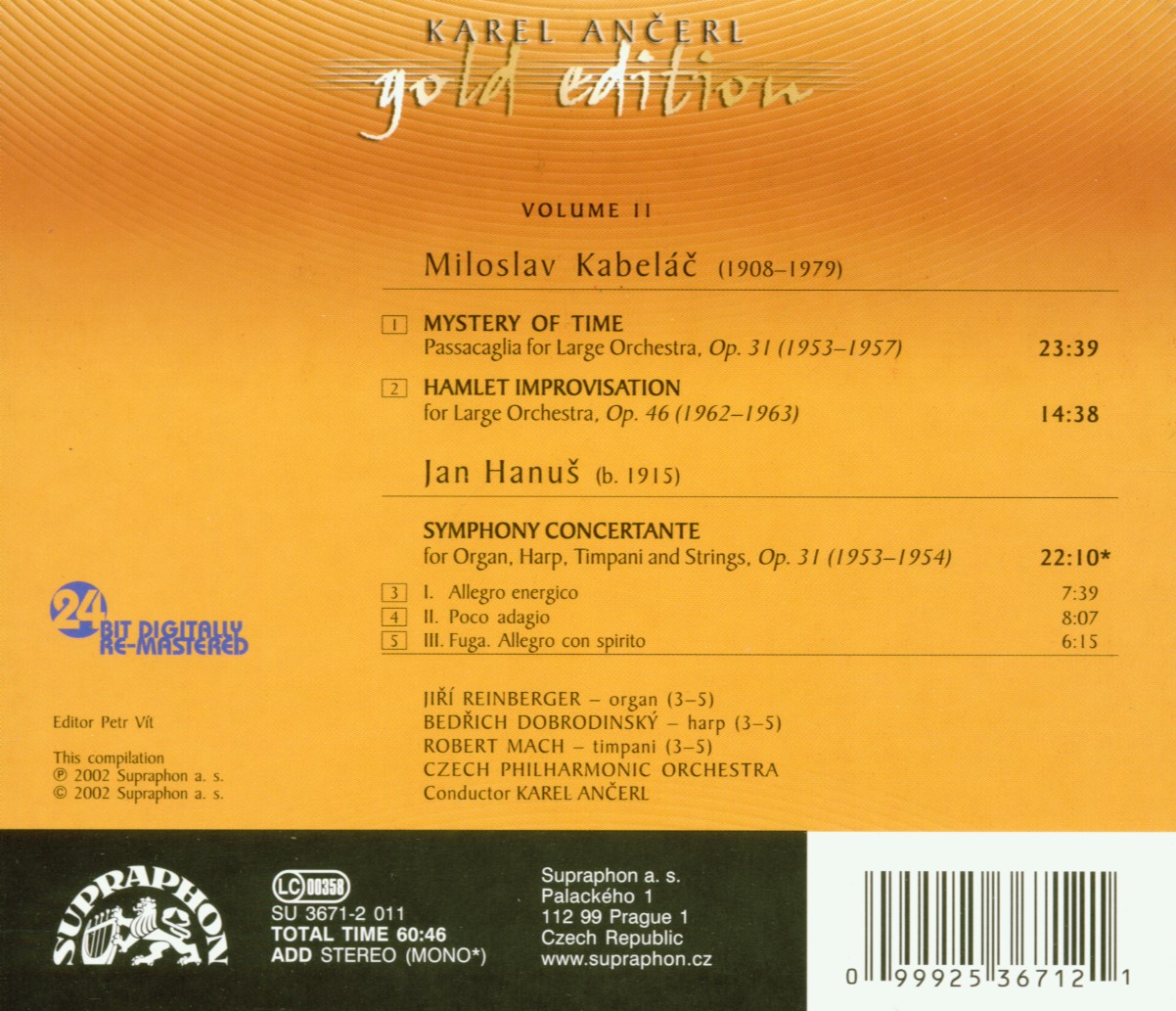 Karel Ancerl (1908 - 1973) was, alongside Vaclav Talich, part of the tandem of two foremost Czech conductors of the 20th century. As he made an overwhelming majority of his recordings for Supraphon, and since we are approaching the thirtieth anniversary of his death, this company has decided to pay a special tribute to Ancerl´s memory by a grandly conceived project of reissues of his creations, under the common heading of Ancerl Gold Series. It is to comprise a total of 42 titles, each of which will undergo complex studio overhaul and streamlining. On their release they will be accompanied by professional musical documentation as well as by erudite historical and aesthetics studies, plus of course, copious photographic material.

Ancerl´s career was intimately linked with the Czech Philharmonic Orchestra, with which he worked for eighteen seasons, from the year 1950. Without in the least underestimating the immense merit of Vaclav Talich and Rafael Kubelik in defining the interpretive style of the Czech Philharmonic, it can be said that Karel Ancerl was the first Czech conductor to reach a truly worldwide standing, and that he carried his orchestra to sovereign virtuosity and international fame. His artistic achievements were the perfect blend of well thought-out conception and minutious work with details; they were likewise invariably substantiated by both detailed knowledge of the score and capacity to capture every aspect of its architecture, as well as by refined feeling for style, formidable sonic imagination, and last but by no means least, a marvellously communicative gestural language. Ancerl was indeed able to convince his orchestra about the validity of his approach, which has been probably the most essential prerequisite of success in the world of conducting.

Incidentally, during Ancerl´s era the record industry witnessed revolutionary steps forward in the development of recording technologies, including the invention of the long-playing record and the ensuing huge expansion of the orchestra´s recording commitments. Ancerl´s brilliantly inspired recordings soon received due recognition in the form of prestigious international awards. Their updated reissues on CD format have since then continued to dazzle audiences by their technical perfection and sheer sonic beauty.

The current release of Volumes 7 - 12 of the Ancerl Gold Series is centered chiefly around works of the Czech repertoire. From the original, truly inimitable idiom of Leos Janacek, the orchestra´s sonic trajectory leads through music by giants of melody Dvorak and Suk, to the twentieth century, exemplified by Kabelac´s and Hanus´s sonic probes into the depths of philosophical and musical wit, and by displays of sunny joie de vivre in masterpieces by Bohuslav Martinu. The international repertoire is represented by Ancerl´s delectable readings of the symphonic debuts of Beethoven and Brahms, plus his equally rewarding treatment of the challenge posed by the dazzling invention of the youthful output of the daring master of Neo-Classical style Sergey Prokofiev, with some first-class soloists, including Svyatoslav Richter, turning this into a truly memorable listening experience.