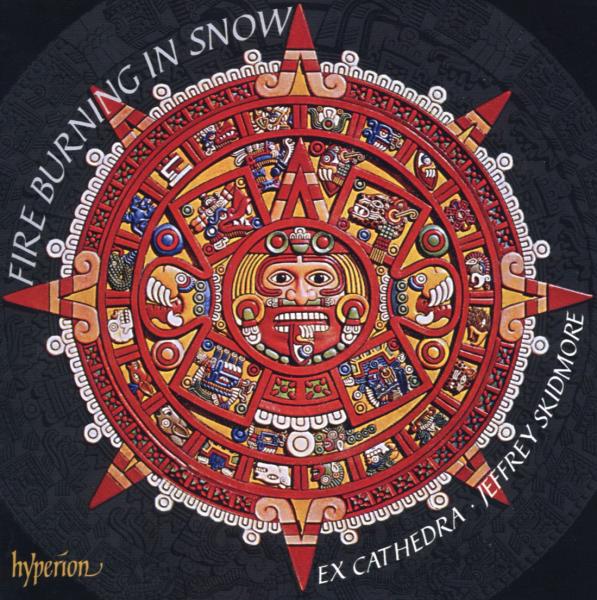 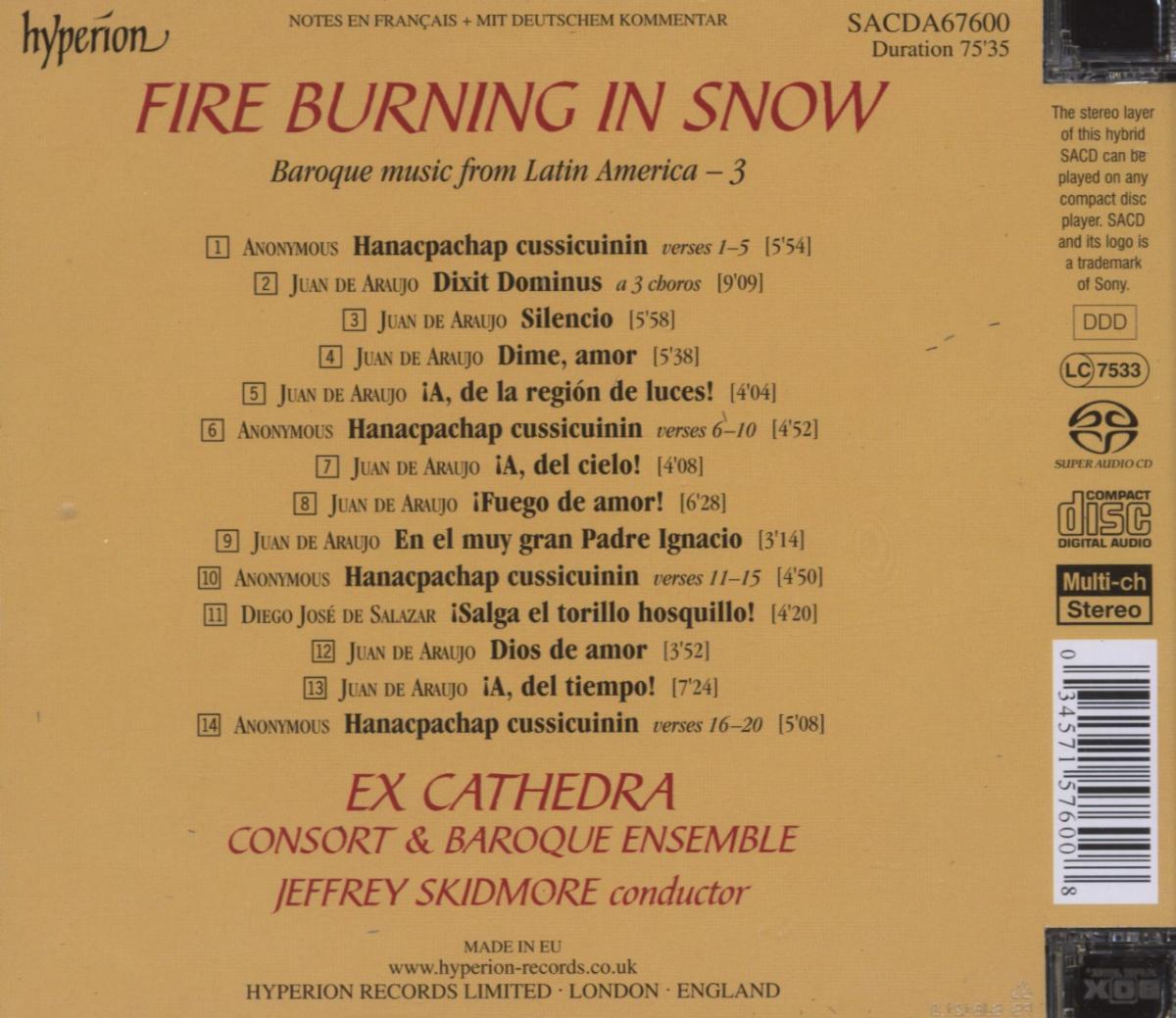 ‘For fire burning in snow is the effect of love’. The final line of Juan de Araujo’s Dime, amor gives this recording its title and conjures up the passion and dramatic contrasts which make this disc such a delight. Araujo has been described by many commentators as the greatest Latin American composer of the age, although much of his music is still rarely performed. Little is known about the man (he was a disruptive student in Lima and involved in litigation in La Plata), and there is almost certainly more material to uncover. He was born in Spain in 1648 and emigrated at a young age to South America with his parents. After a period as organist at Lima Cathedral he lived in Panama and Cuzco, where a few of his manuscripts are found, and from 1680 he spent the last thirty-two years of his life as organist at the cathedral of La Plata, now known as the Bolivian judicial capital of Sucre. This disc includes one of his largest pieces, the triple-choir setting in eleven parts of the first great Vesper Psalm Dixit Dominus. This substantial setting is through-composed and vividly captures the dramatic elements in the text with a dazzling display of polychoral techniques. Silencio is a ravishing, double-choir lullaby which makes a complete contrast with the dramatic exchanges in the triple-choir ¡A, del tiempo! and ¡A, de la región de luces!. The fiery ¡Fuego de amor! is written for four choirs. The extraordinary imagination of Araujo in his choice of texts, his sensitivity to word-setting, his melodic, harmonic and textural inventiveness are remarkable, if not breathtaking. Ex Cathedra’s uplifting recordings of Latin American Baroque polyphony are always eagerly awaited, and here they present more great music, hitherto hidden in obscurity but alive with melodic beauty and joy. Performances are infectiously energetic and dazzlingly stylish.

'… Captures the essence of music informed by the assured grandeur of 16th-century Spanish music, tinged with the colour of native 'Indian' culture and often marked by vibrant echoes of the regions' African slave communities … An unmissable release' (Classic FM Magazine)

'A hugely appealing, atmospheric disc … The reason we should bother with such an obscure composer is clear from the first note - the vivid contrasts and thrilling rhetoric found in Gabrieli and Monteverdi are developed and combined with a magical, dramatic, dark-hued Iberian sensibility' (Sunday Times)

'Araujo is rightly considered to be perhaps the finest composer of his age working in Latin America … This is a captivating, colourful recording which may breathe the stiller London air but audibly relishes the genius of the too-long-neglected Juan de Araujo' (International Record Review)

'Araujo's fusion of European-style vocal techniques with foot-tapping Latino rhythms is a revelation. Bouquets to Hyperion for opening our ears to these riches, and to the Birmingham-based Ex Cathedra vocal and instrumental ensemble, under scholar-director Jeffrey Skidmore, for such engaging performances' (Financial Times)