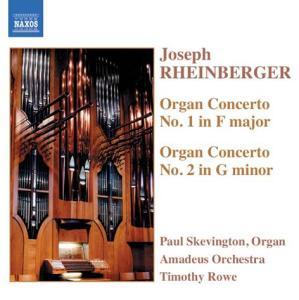 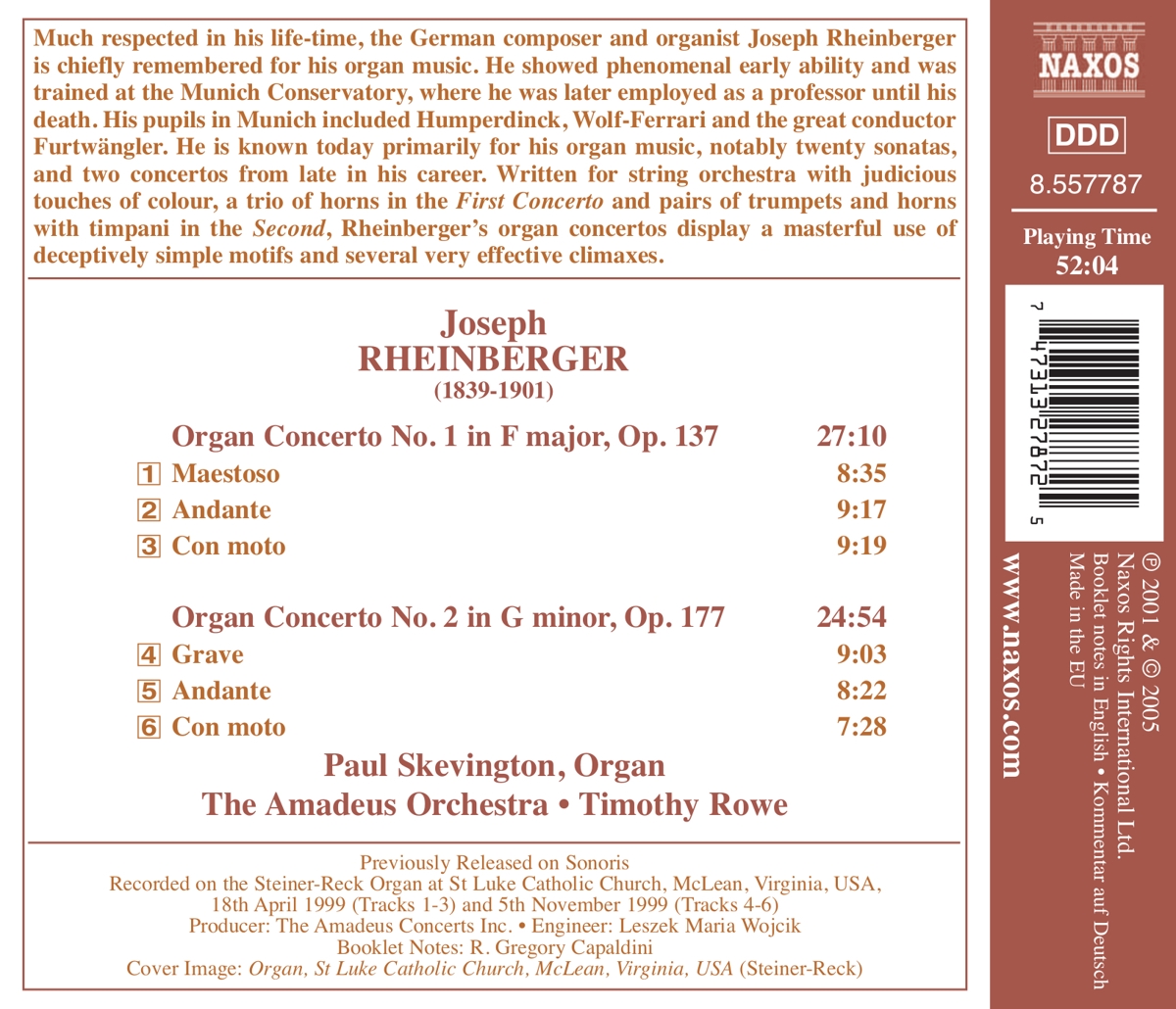 Bewertung:
Artikel am Lager
-62%
EUR 7,99**
EUR 2,99*
Naxos Vielfalt supergünstig
Much respected in his life-time, the German composer and organist Joseph Rheinberger is chiefly remembered for his organ music. He showed phenomenal early ability and was trained at the Munich Conservatory, where he was later employed as a professor until his death. His pupils in Munich included Humperdinck, Wolf-Ferrari and the great conductor Furtwängler. He is known today primarily for his organ music, notably twenty sonatas, and two concertos from late in his career. Written for string orchestra with judicious touches of colour, a trio of horns in the First Concerto and pairs of trumpets and horns with timpani in the Second, Rheinberger's organ concertos display a masterful use of deceptively simple motifs and several very effective climaxes.