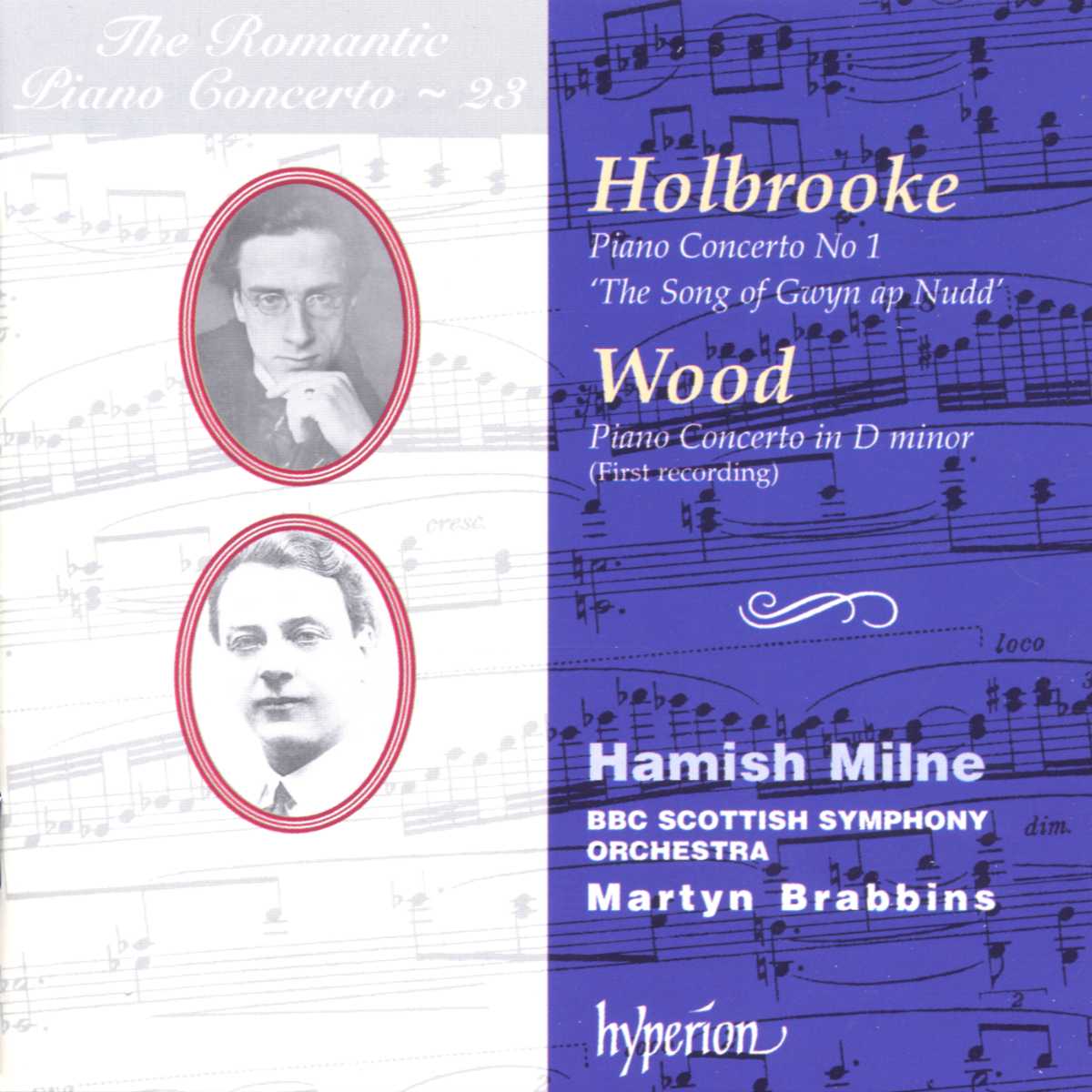 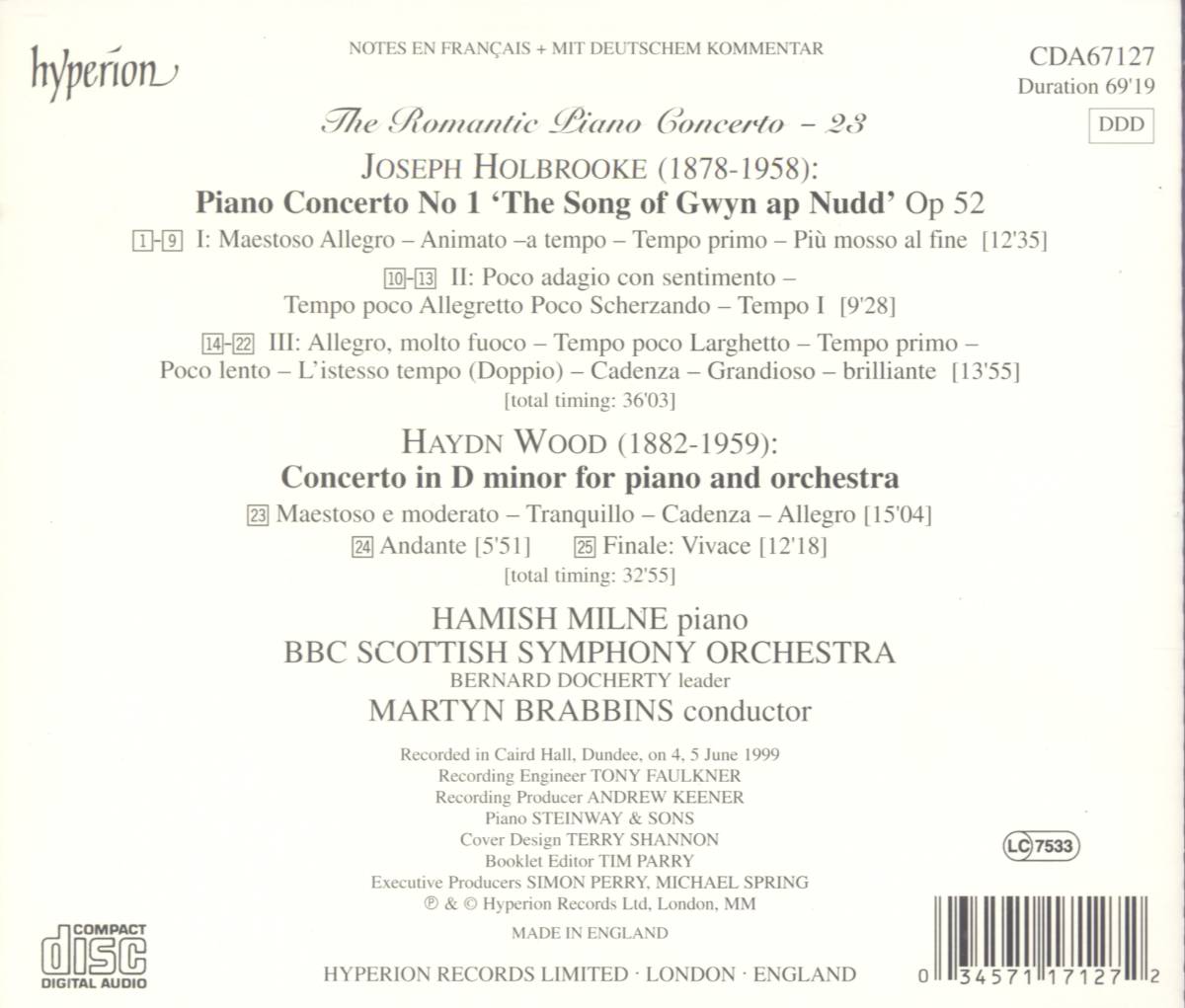 These two English piano concertos in the grand romantic tradition were written at almost the same time (Holbrooke 1908, Wood 1909) and were undoubtedly inspired by the great concertos of the previous few decades such as those of Tchaikovsky and Rachmaninov.

The Holbrooke piece, like so much of his music, has a literary inspiration, in the form of the poem »The Song of Gwyn ap Nudd« which the score follows closely. Indeed the composer originally described the work as a symphonic poem though he later changed his mind and settled on Piano Concerto No 1 when he revised the work in 1923—the version recorded here. (Incidentally, we have it on good Welsh authority that »Nudd« is pronounced »Neeth«).


Concerto is in full blown romantic style complete with first movement cadenza and »big tune« grand finale. Its emotional heart, though, is in the simple but moving slow movement. This is the work's first recording and it appears not to have been played since 1951.

»One for the end of year awards. An outstanding issue in every way« (Classic CD)