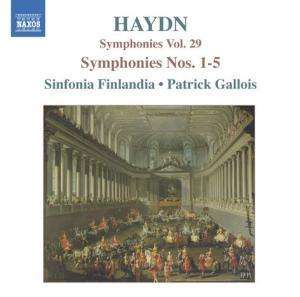 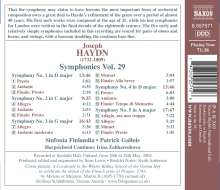 umgehend lieferbar, Bestand beim Lieferanten vorhanden
EUR 12,99*
Versandkosten
*** Naxos Haydn-Symphonien-Edition Vol.29
That the symphony may claim to have become the most important form of orchestral composition owes a great deal to Haydn's refinement of the genre over a period of almost 40 years. His first such works were composed at the age of 25, while his last symphonies for London were written in the final decade of the eighteenth century. The five early and relatively simple symphonies included in this recording are scored for pairs of oboes and horns, and strings, with a bassoon doubling the continuo bass line.