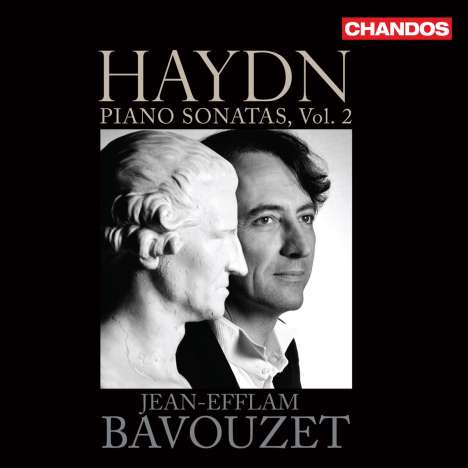 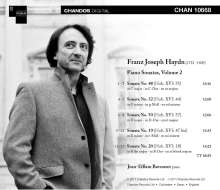 The multi-award winning and ever-popular Jean-Efflam Bavouzet is back with Volume 2 of Chandos' highly acclaimed Haydn Sonata series. This new release follows Bavouzet's complete Debussy cycle and a number of recent
Concerto recordings – all of which have been extraordinarily well received by critics and audiences alike, picking up numerous awards along the way.

Many leading pianists have tackled these at times technically challenging classical sonatas by Haydn, but in Bavouzet's own words, this is a composer who always left the door open for new interpretations: »One often forgets how little information Haydn left in the text of his keyboard works: few instructions on nuance and phrasing, and very minimal tempo indications. Playing them is all the more fascinating for that, but it is also arduous and even risky for the performer, who must, even more than usual, create his or her own world and internal logic, only hoping – in the absence of tangible proof – that he or she is not straying too far from the composer's intentions, forever out of reach.«

For the recording Bavouzet brought in a specially selected Yamaha piano which he feels gives the sort of tonal quality he is looking for, and it shows in the programme for Volume 2 which includes the elegantly virtuosic Sonata in E minor, No. 19; Sonata in B flat major, No. 20; Sonata in G minor, No. 32; Sonata in C major, No. 48, and Sonata in D major, No. 50.

»…This was an hour of pleasure. It's the second in a Haydn series. I am going to find the first one and keep an eye out for the others. So should you.« Stephen D Chakwin Jr – American Record Guide – September / October 2011

»...In these imaginative, crisply executed performances, he [Bavouzet]always finds the spirit of the movement ...Most importantly, these are immensely enjoyable performances, captured by gorgeous, honest recorded sound...« James H North – Fanfare – September / October 2011

»This is a wonderful collection of sonatas worthy even now of far greater recognition and popularity. They are superbly played by this very gifted pianist, and the recorded sound is truly excellent.« **** Phil Carrick – Limelight Magazine – 28 June 2011