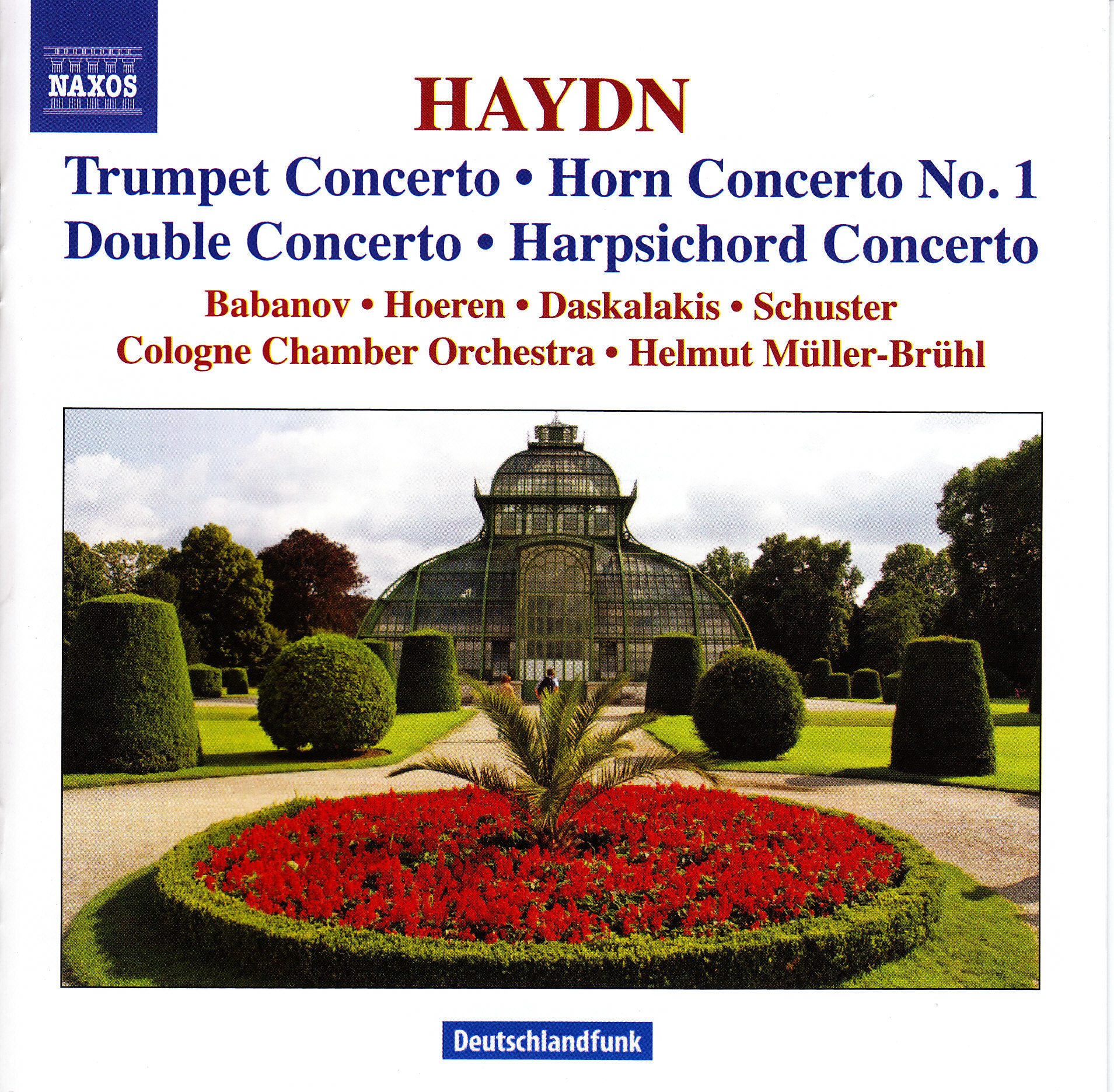 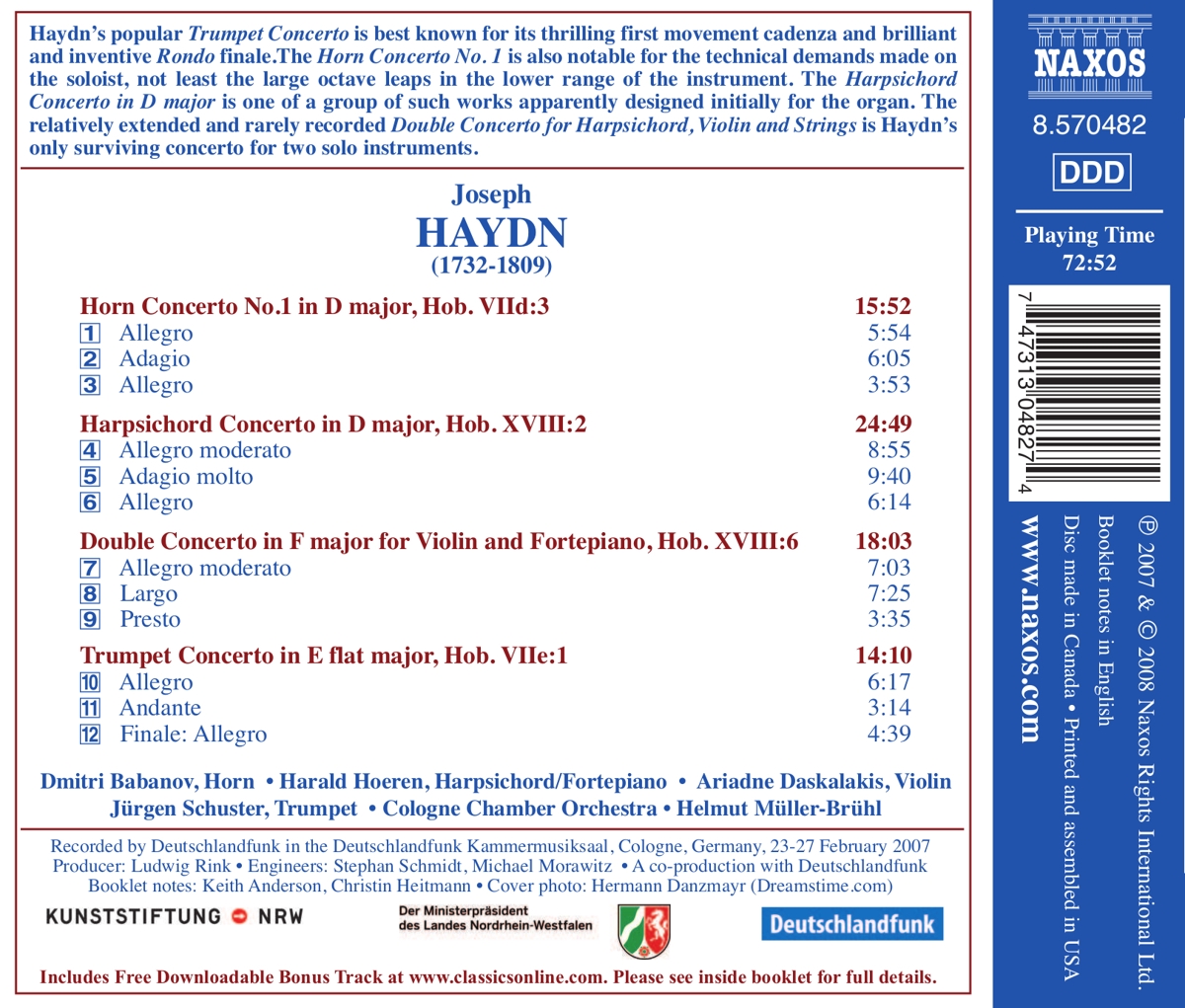 Bewertung:
umgehend lieferbar, Bestand beim Lieferanten vorhanden
EUR 9,99*
Versandkosten
Haydn's popular Trumpet Concerto is best known for its thrilling first movement cadenza and brilliant and inventive Rondo finale. The Horn Concerto No. 1 is also notable for the technical demands made on the soloist, not least the large octave leaps in the lower range of the instrument. The Harpsichord Concerto in D major is one of a group of such works apparently designed initially for the organ. The relatively extended and rarely recorded Double Concerto for Harpsichord, Violin and Strings is Haydn's only surviving concerto for two solo instruments.