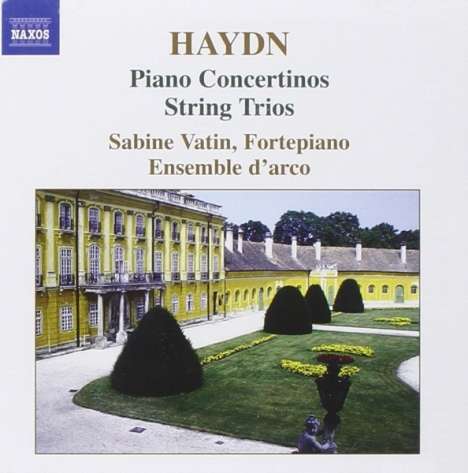 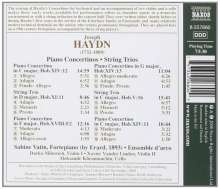 Lieferzeit beträgt mind. 4 Wochen
(soweit verfügbar beim Lieferanten)
EUR 9,99*
Versandkosten
The scoring of Haydn's Concertinos for keyboard and an accompaniment of two violins and a cello makes these early works available for performance either as chamber music in a domestic environment or with a string orchestra in the concert hall. They were written either shortly before or during Haydn's first years in the service of the Esterházy family at Eisenstadt, and make relatively modest technical demands on the soloist, who retains prominence throughout. They are played here on a 19th century fortepiano, accompanied by three string players.