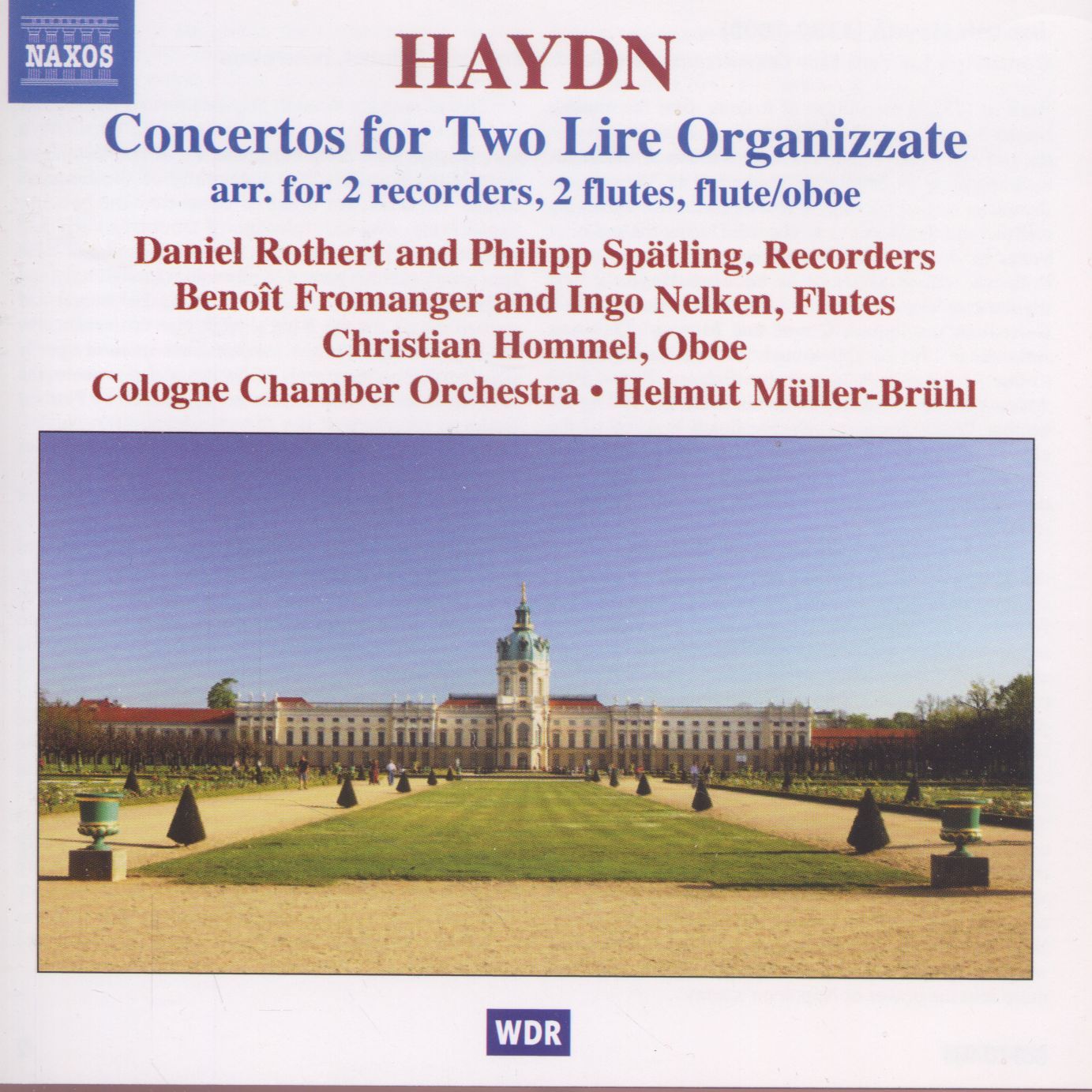 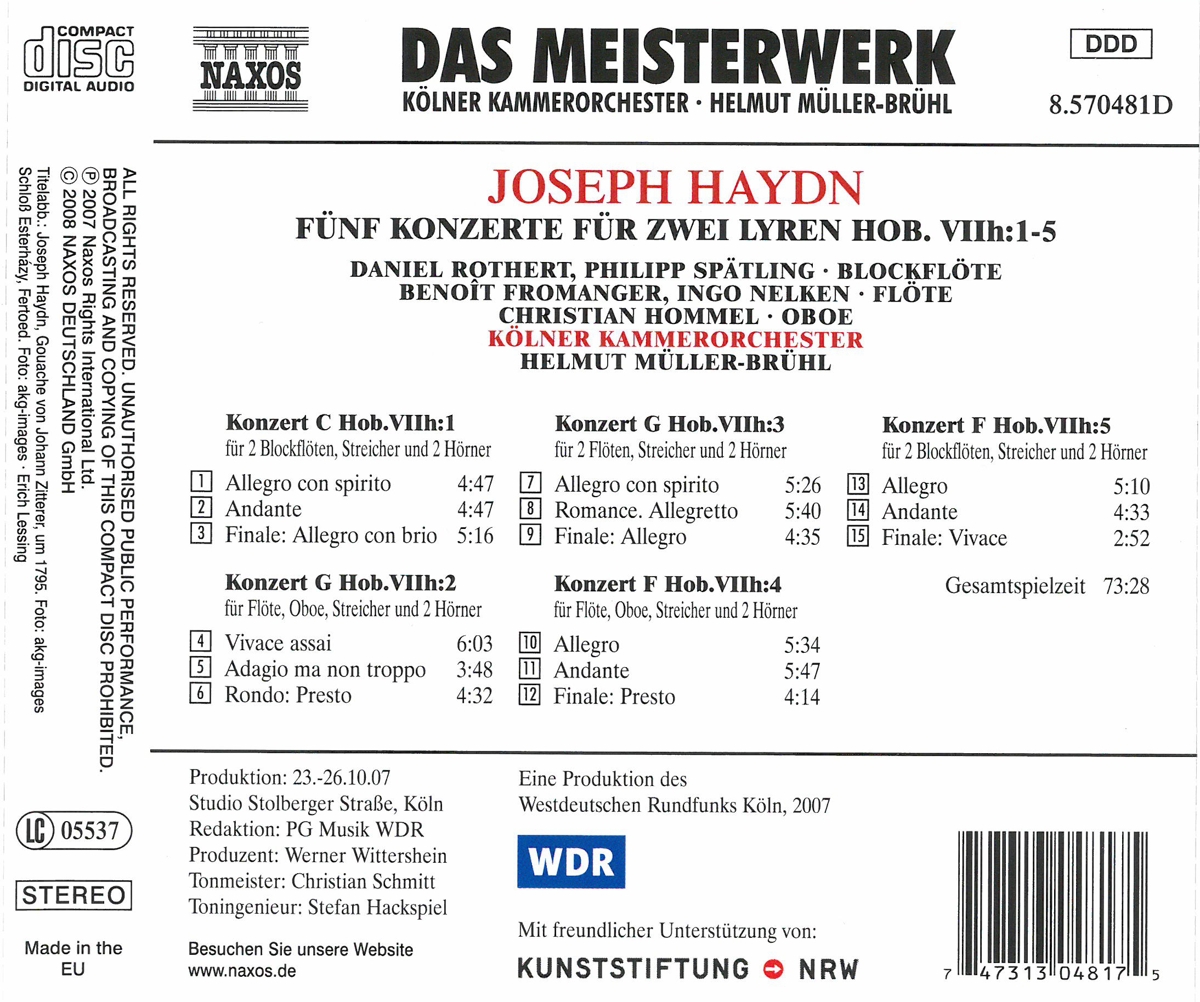 Bewertung:
umgehend lieferbar, Bestand beim Lieferanten vorhanden
EUR 12,99*
Versandkosten
Joseph Haydn's five Concertos for two lire organizzate were written in 1786-7 for King Ferdinand IV of Naples whose favourite instrument was the now obsolete lira organizzata , a fascinating hybrid resembling a hurdy gurdy, often heard in the city's streets, crossed with a small chamber organ. However, as here, these concertos were also performed with flutes, recorders and oboe as solo instruments instead, losing none of their charming vitality thereby. Like so many of Haydn's concertos they deserve revival, especially in the hands of these outstanding artists.