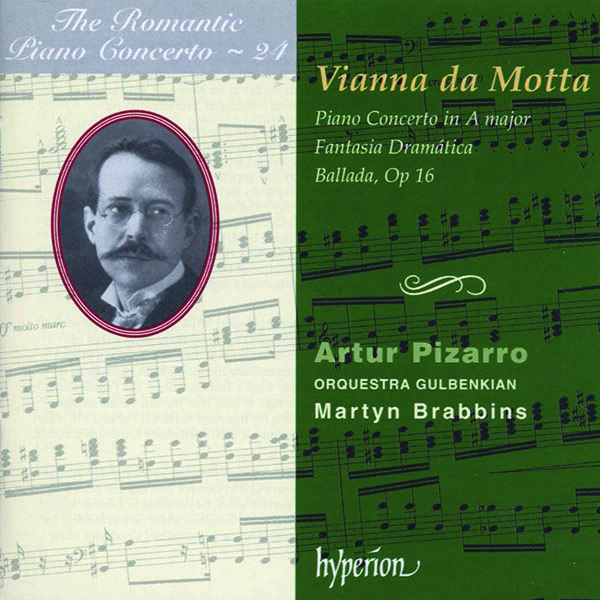 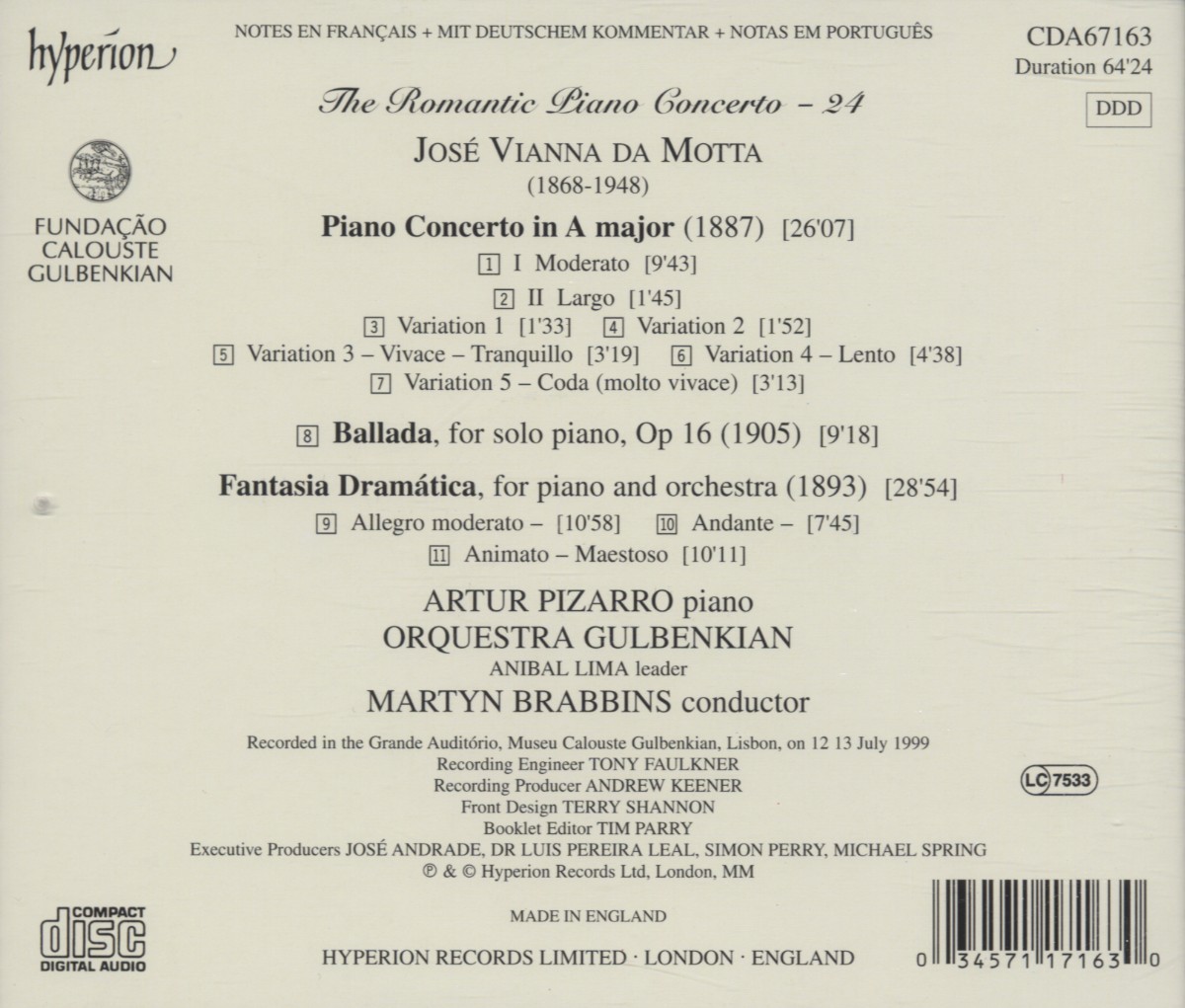 For Volume 25 of 'The Romantic Piano Concerto' Hyperion went to Portugal to celebrate one of the country's greatest musical sons. José Vianna da Motta, if he is remembered at all, is primarily known as a very fine pianist. He was one of Liszt's last pupils, became a friend of Busoni, and left a small body of very impressive 78rpm recordings. After many years based in Berlin he returned to his country of birth as director of the Lisbon conservatory and became central to the musical life of the country. And like many other performers of the day, he also composed.

Though he later went on to compose songs, chamber works, and a symphony, both his works for piano and orchestra are early works and were never published. Indeed the A major Concerto was never performed in Vianna da Motta's lifetime and the world premiere was given by the forces assembled for this CD the day before the recording sessions took place! The Concerto is unusual in being in two movements, the second of which is a set of variations which serves the purpose of both slow movement and finale. The Fantasia Dramatica was premiered by the composer in 1893; its three movements make it almost more of a concerto than the earlier work. Both works, though using the harmonic language of the time, show real individuality in their ideas. The conventional conflicts of the 19th century concerto being largely replaced by an integration of the piano with the orchestra which suits the primarily lyrical ideas (though there is much very awkward virtuosic writing which testifies to da Motta's pianistic ability).

The CD is completed with the Ballade for solo piano of 1905. The composer regarded this as his greatest piano work.

'A marvellously recorded programme … a joy to listen to' (Gramophone)