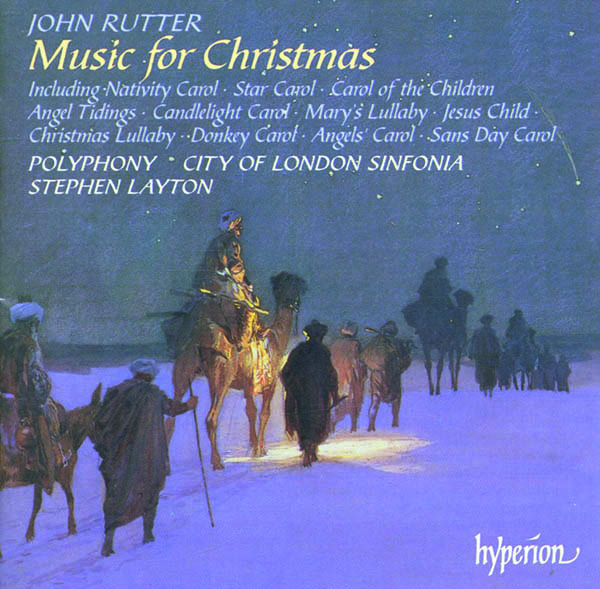 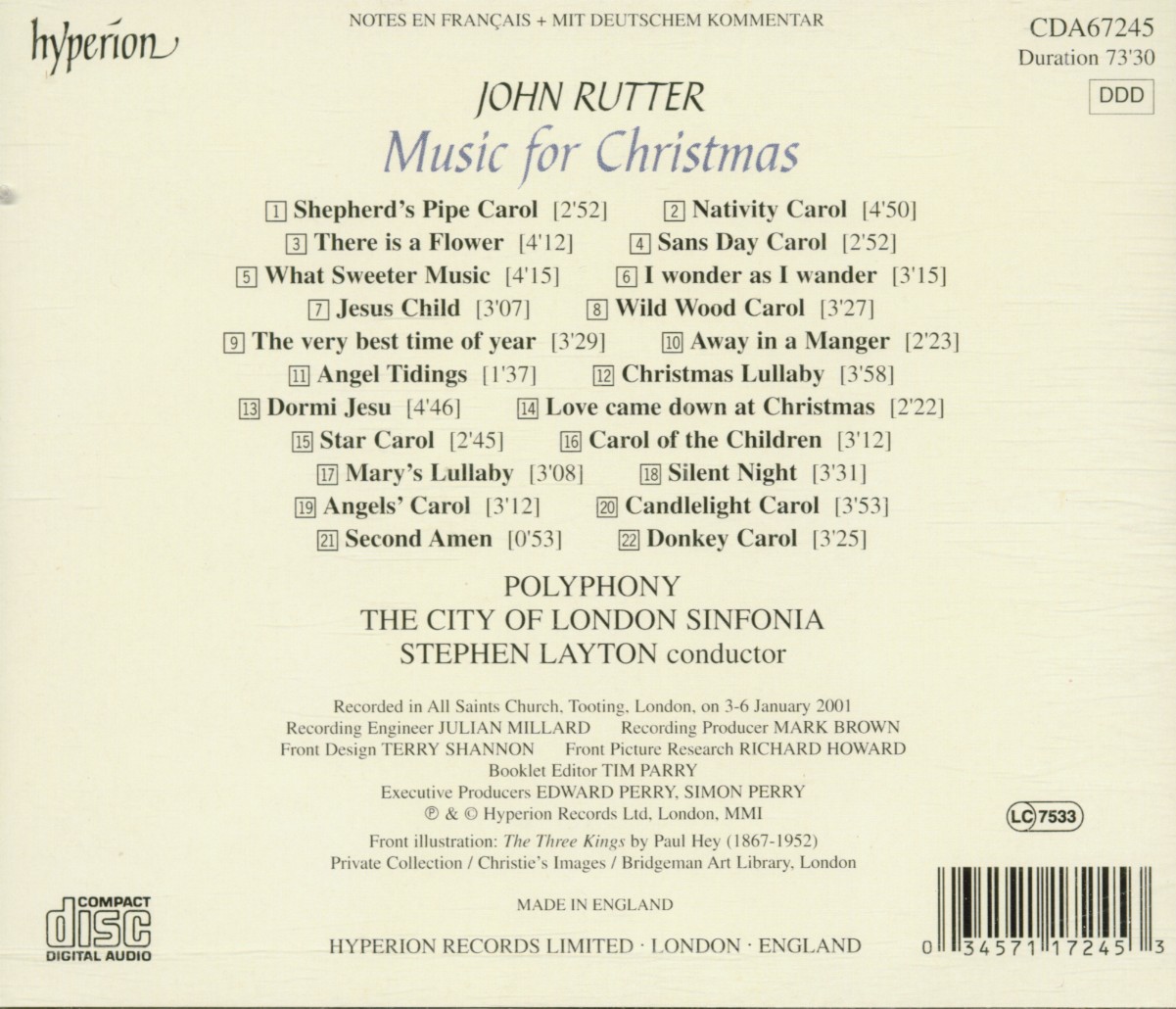 It has been said of John Rutter that he has become the musical equivalent of Dickens, synonymous with the season, and this magnificent choral collection represents the kind of Rutter repertoire that has been colouring Christmases around the world for more than three decades. Christmas music has always remained very dear to Rutter, who admits that as a student, the carol service was the 'highlight of the year'. 'Christmas', he remarked, 'is for many people the only time of year when they have contact with choral music'—an observation that will rapidly establish this CD as the absolute must-have Christmas record of the year. It is stunningly recorded by Stephen Layton, who once again directs Polyphony and the City of London Sinfonia following their equally magnificent release of Rutter's Gloria and other sacred music (CDA67259).

The absence of this 'come-in-and-warm-yourself-by-the-fire' disc in January is guaranteed to leave a chill as bitter as the north winds! It is the perfect antidote to cold winter evenings, the idyllic soundtrack to the season, and will prove a great source of inspiration, nostalgia and joy to a great many people.

'Lovingly rendered by Polyphony under Stephen Layton, this should be a disc of choice not only for this year but as well as for the years to come' (Fanfare, USA)