John Pickard: The Flight of Icarus 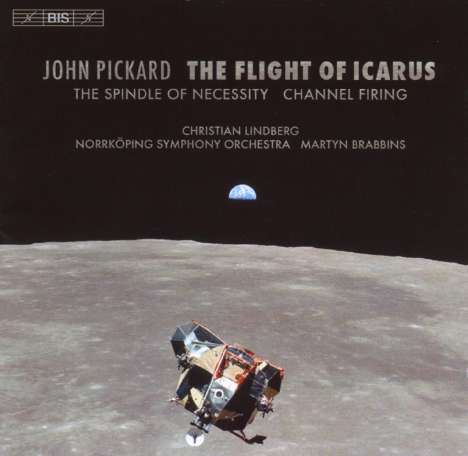 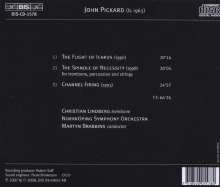 lieferbar innerhalb einer Woche
(soweit verfügbar beim Lieferanten)
EUR 19,99*
Versandkosten
British composer John Pickard has been widely praised for his architectural sense and bold handling of an extended tonal idiom. He is best known for a series of powerful orchestral works, of which The Flight of Icarus has met with particular acclaim. All three works on this disc are built around extra-musical images, suggesting an individual sound-world for each piece, as well as a narrative structure. Greek legend provides the subject matter for The Flight of Icarus, but as the composer states in his own liner notes, his main aim was ‘to say something about the legend’s timeless relevance’, as exemplified by mankind’s attempts (successful or not) to conquer space. The Spindle of Necessity, a concerto for trombone strings and percussion, also takes its inspiration from ancient Greece: the myth, included in Plato’s Republic, of a soldier, killed in battle, who returns from the dead to recount his experience of the afterlife and the workings of the cosmos. The Spindle of the title is the shaft of light around which the stars and the planets revolve, pushed around their orbits by the three Fates, the ‘Daughters of Necessity’. Channel Firing, finally, was inspired by a poem by Thomas Hardy, written shortly before the outbreak of the Great War. The poem is set at night in a churchyard on the south coast of England. At the tremendous noise from gunnery practice at sea, the dead rise up, thinking it is the last judgement. God tells them it is a false alarm, and the dead return to their graves, lamenting the folly of the human race. In response to the poem Pickard has composed a dark and intense elegy, largely haunted by a quotation of two chords from the doom-laden prelude to Act 2 of Wagner's Götterdämmerung. These memorable scores are performed by the Norrköping Symphony Orchestra under the distinguished conductor Martyn Brabbins, making his first recording for BIS. Soloist in the Spindle of Necessity is Christian Lindberg.