John McCabe: Symphonie Nr.4 "Of Time and the River" 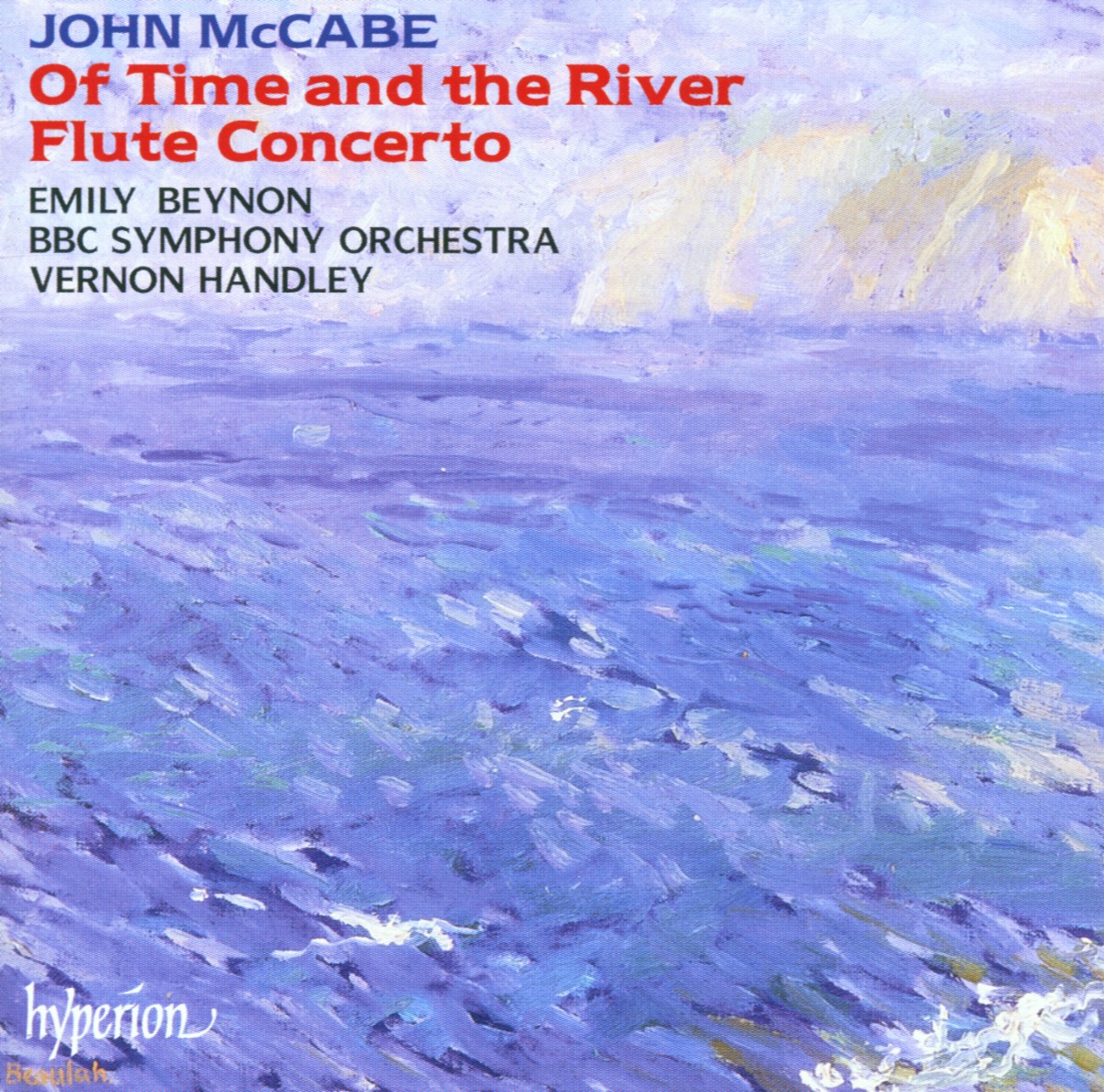 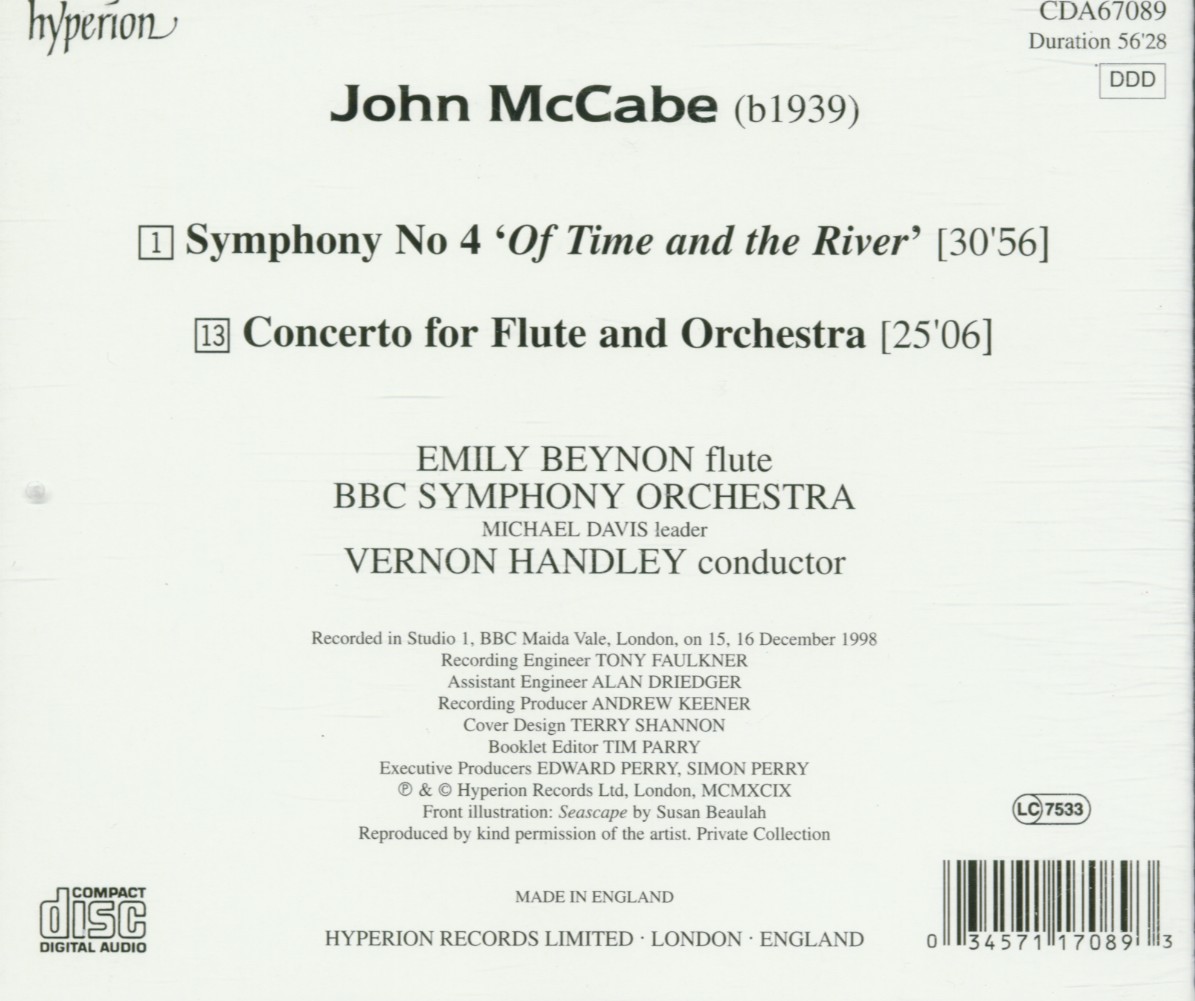 First recordings of two powerful works from the pen of one of our major composers, John McCabe, who is celebrating his sixtieth birthday this year. Of Time and the River (the title is taken from Thomas Wolfe's novel) is actually the published title of McCabe's Fourth Symphony, written in 1993 / 4 to a commission by the BBC. The Flute Concerto was written for James Galway in 1989 / 90 and he gave the first performance of it in 1990 with Michael Tilson Thomas and the London Symphony Orchestra who commissioned the work. Here it is played by the outstanding young flautist Emily Beynon in her first recording for Hyperion.

'There has not been a more accomplished first recording of any British orchestral work in recent years. A glorious performance' (Tempo)

'It's hard to imagine a better advocate than the flautist Emily Beynon, such is the breathtaking spontaneity and imagination of her playing here.' (Gramophone)

'This disc offers the most satisfying glimpse yet of McCabe the composer. Excellent performances all round of two very rewarding works' (The Scotsman)

'This is the finest disc yet of the music of John McCabe. Superb performances, vivid recording and ideal notes' (The Guardian)

Sinfonie Nr. 4 "Of Time and the River"