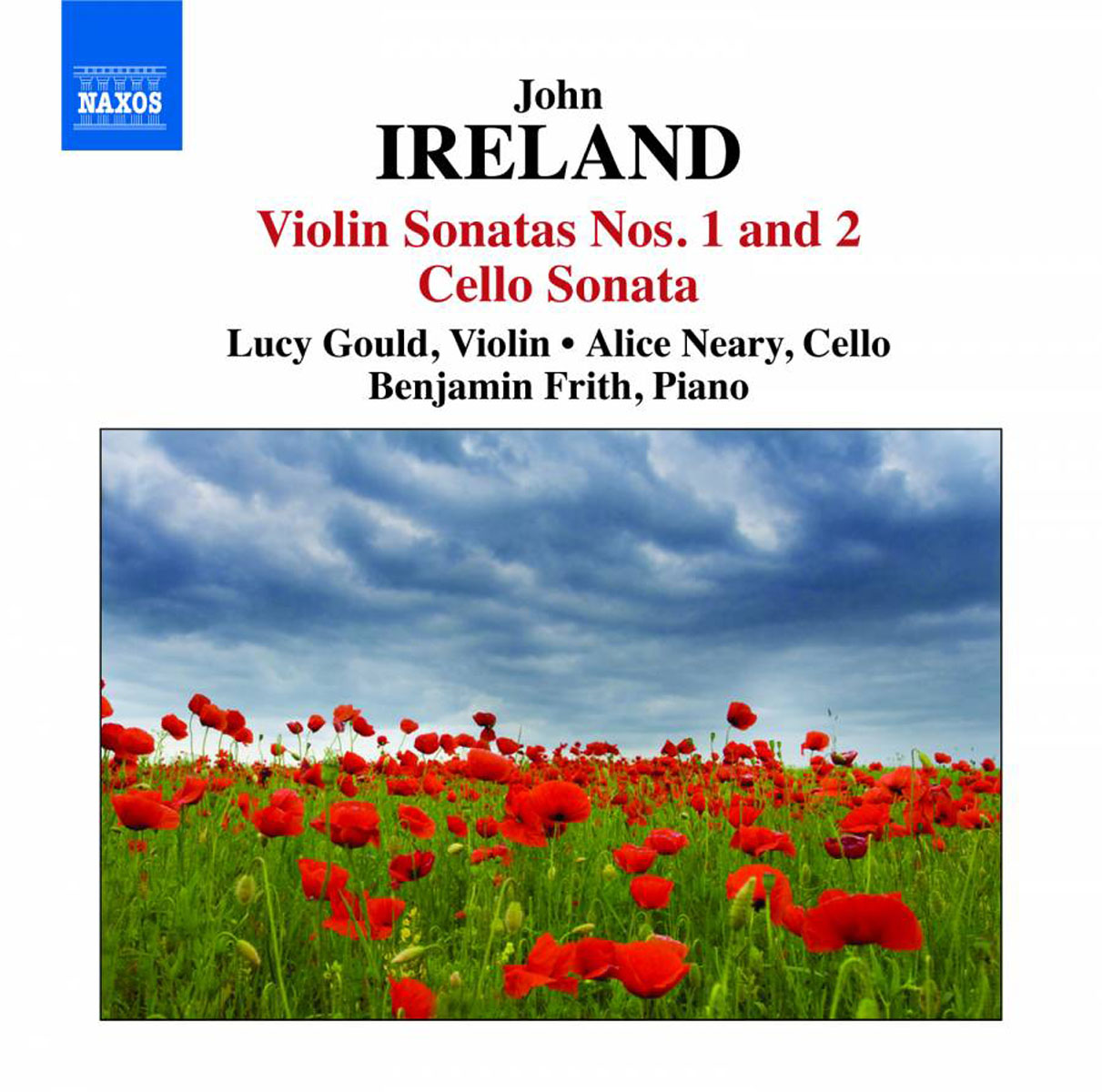 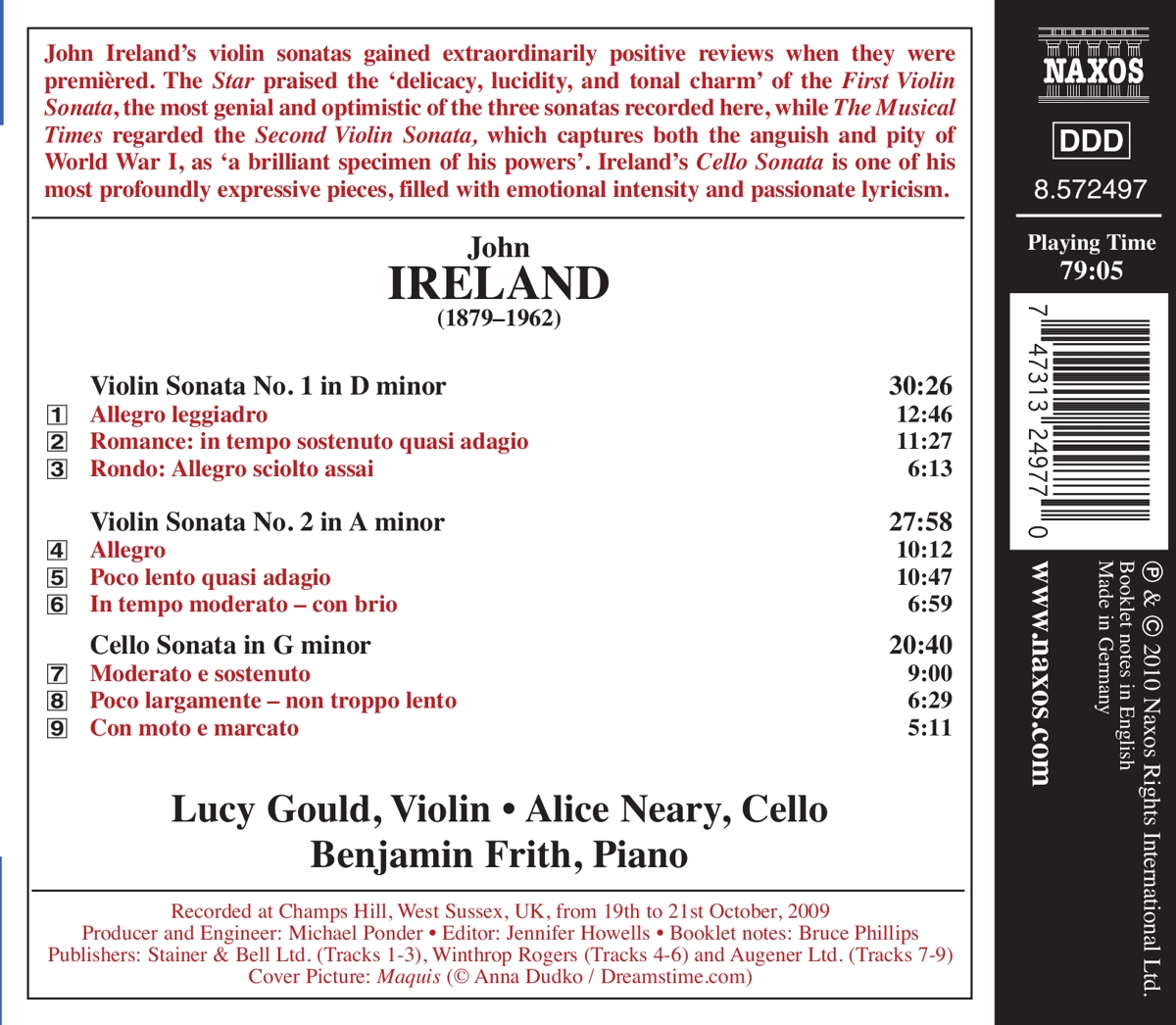 Bewertung:
umgehend lieferbar, Bestand beim Lieferanten vorhanden
EUR 9,99*
Versandkosten
John Ireland's violin sonatas gained extraordinarily positive reviews when they were premièred. The Star praised the 'delicacy, lucidity, and tonal charm' of the First Violin Sonata, the most genial and optimistic of the three sonatas recorded here, while The Musical Times regarded the Second Violin Sonata, which captures both the anguish and pity of World War I, as 'a brilliant specimen of his powers'. Ireland's Cello Sonata is one of his most profoundly expressive pieces, filled with emotional intensity and passionate lyricism.