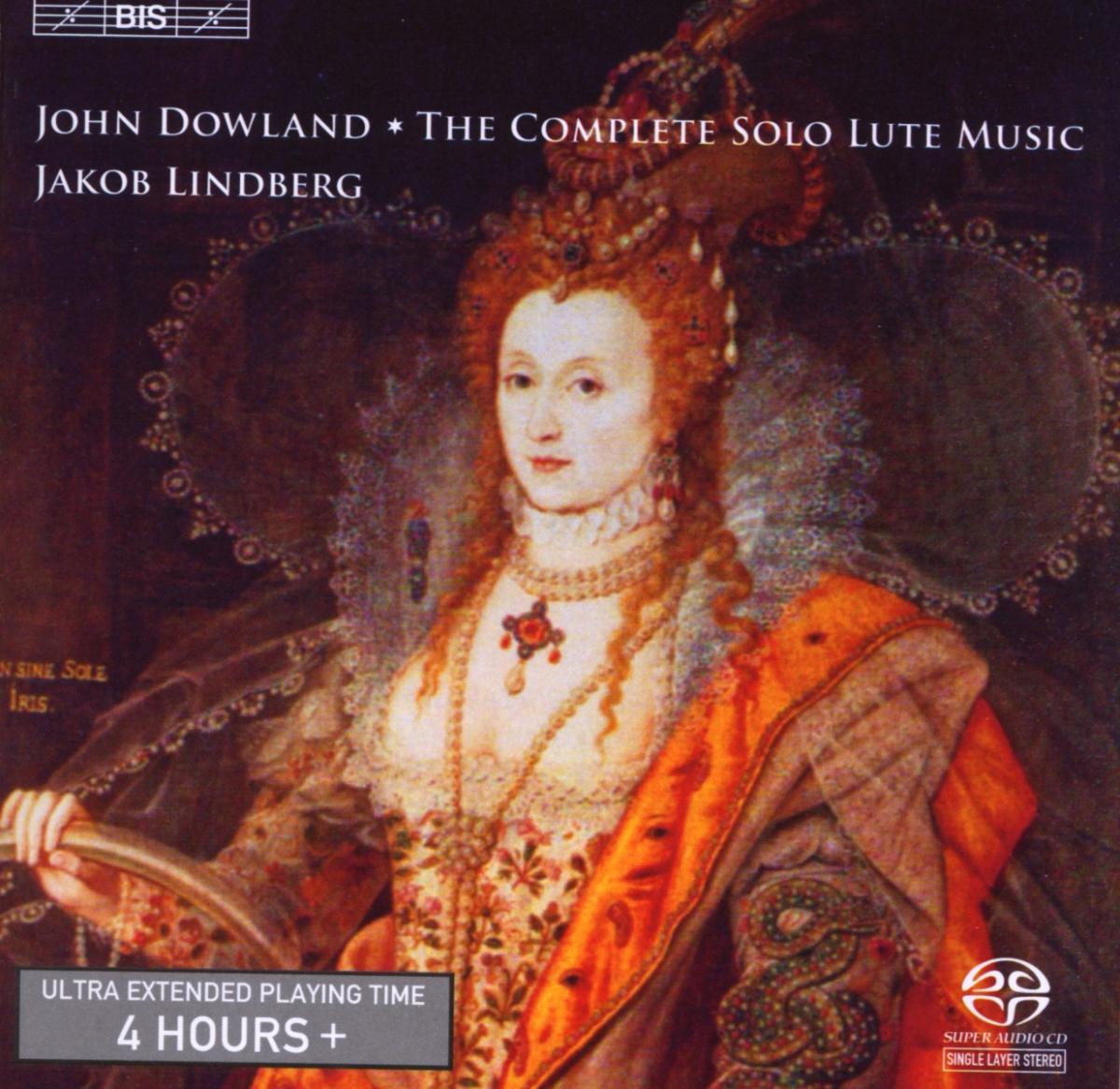 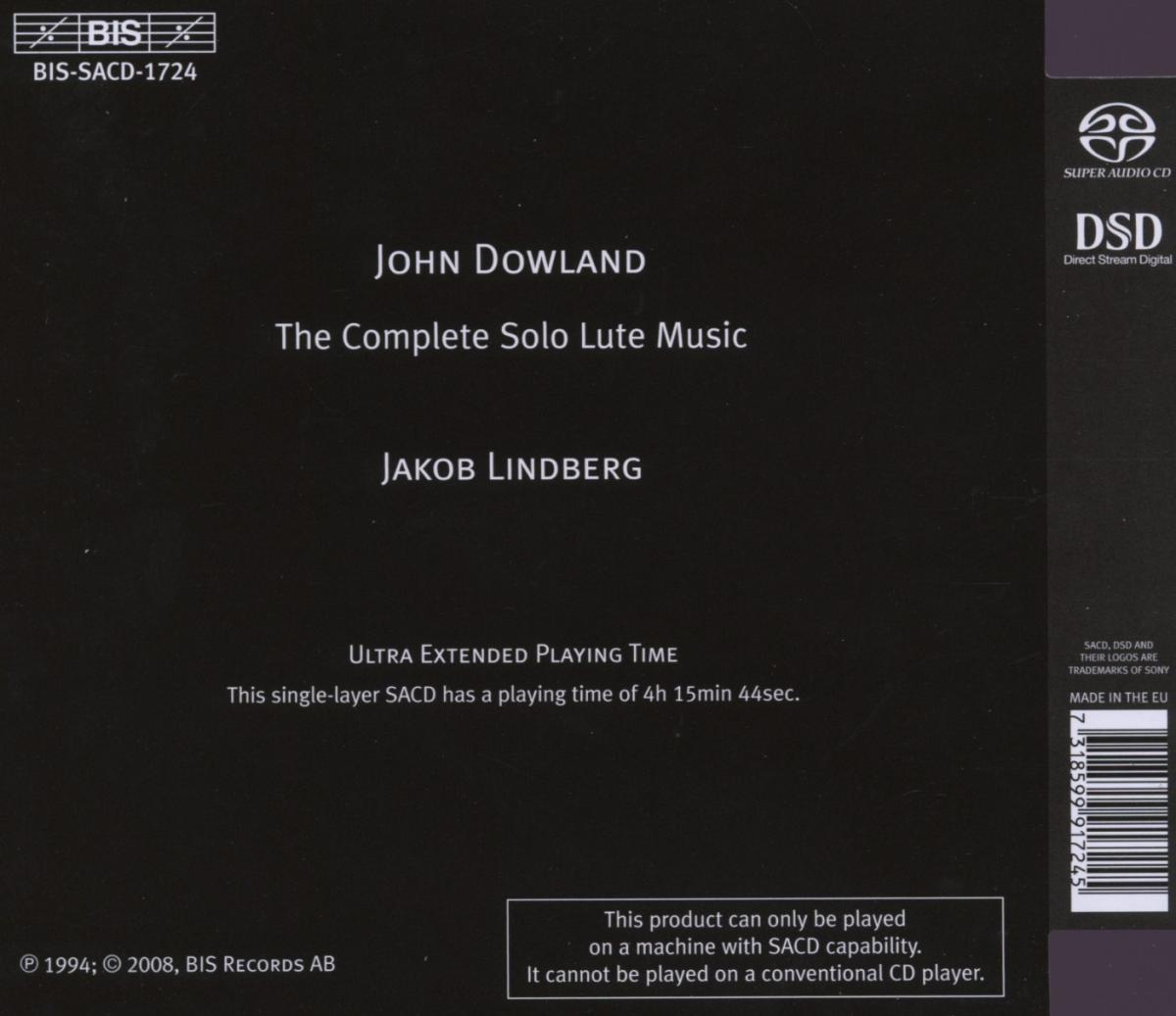 This pioneering recording, which was first released in 1995 as a set of four conventional CDs, contains the complete solo lute pieces ascribed to John Dowland. As opposed to the composer’s lute songs and instrumental dances, which Dowland himself carefully prepared for publication, his lute solos have survived in much less reliable versions. Jakob Lindberg, student and successor of Dowland specialist Diana Poulton as lute professor at the Royal College of Music in London, brought all of his expertise to bear in preparing the scores and choosing among variant versions for his recordings, and also wrote the informative liner notes included in this edition.

Dowland’s solo lute music is extraordinarily varied and ranges from light frivolous pieces to profound works expressing the darkest melancholy. It is characterized by an uncommon tunefulness and many of the pieces were given texts to become lute songs, one example being his famous pavan Lachrimæ which he also published as the song Flow my teares. This also applies to several of the many galliards – a genre which also shows a wonderful diversity: extrovert dances inspired by 16th-century ‘battle pieces’ but also sublime, introvert and sweet-sounding pieces such as the Melancholy Galliard. In order to perform these 92 pieces, Dowland’s testament to lutenists, Jakob Lindberg uses three different instruments, first and foremost an 8-course lute but also a 10-course lute and an 8-course orpharion.