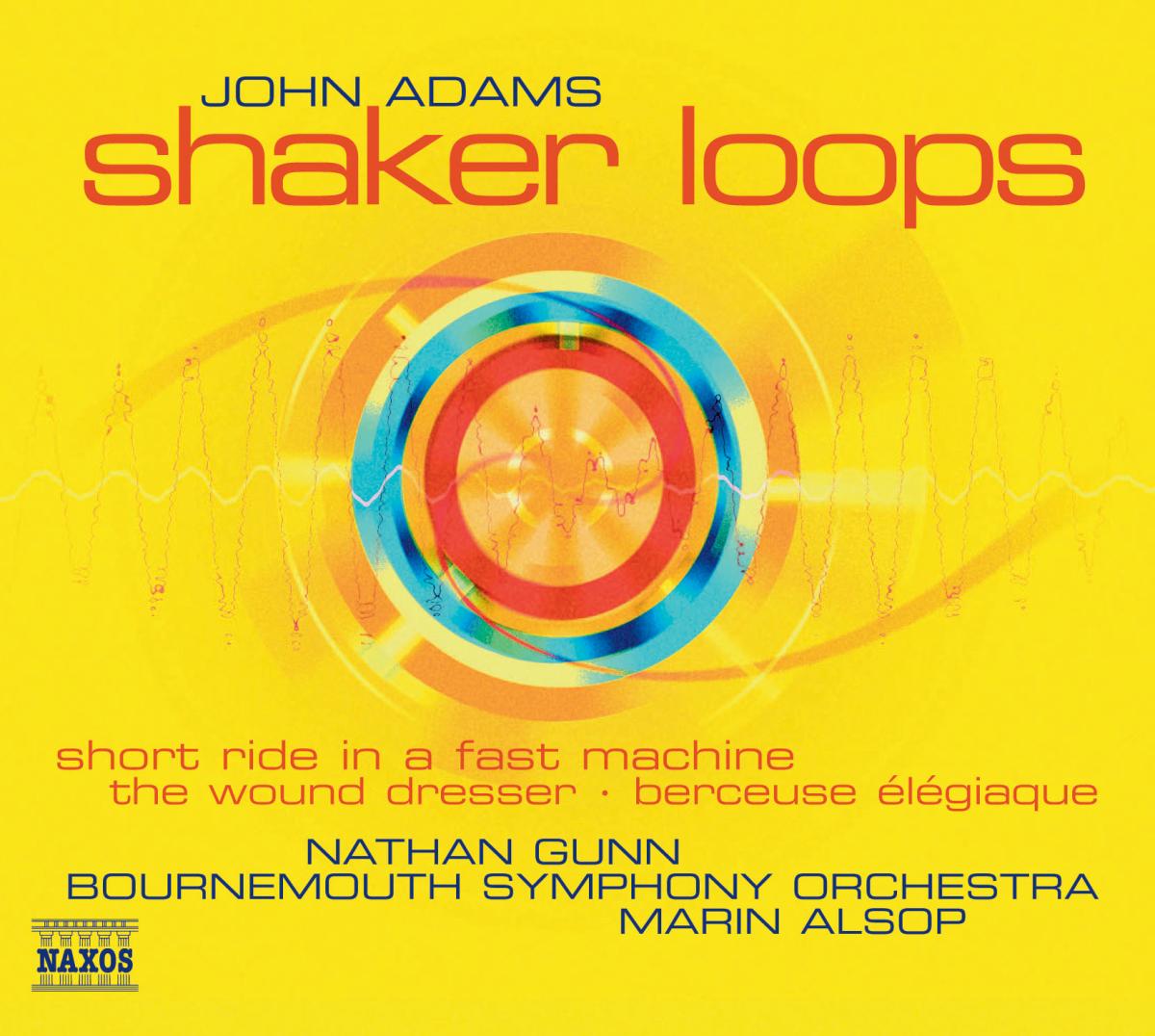 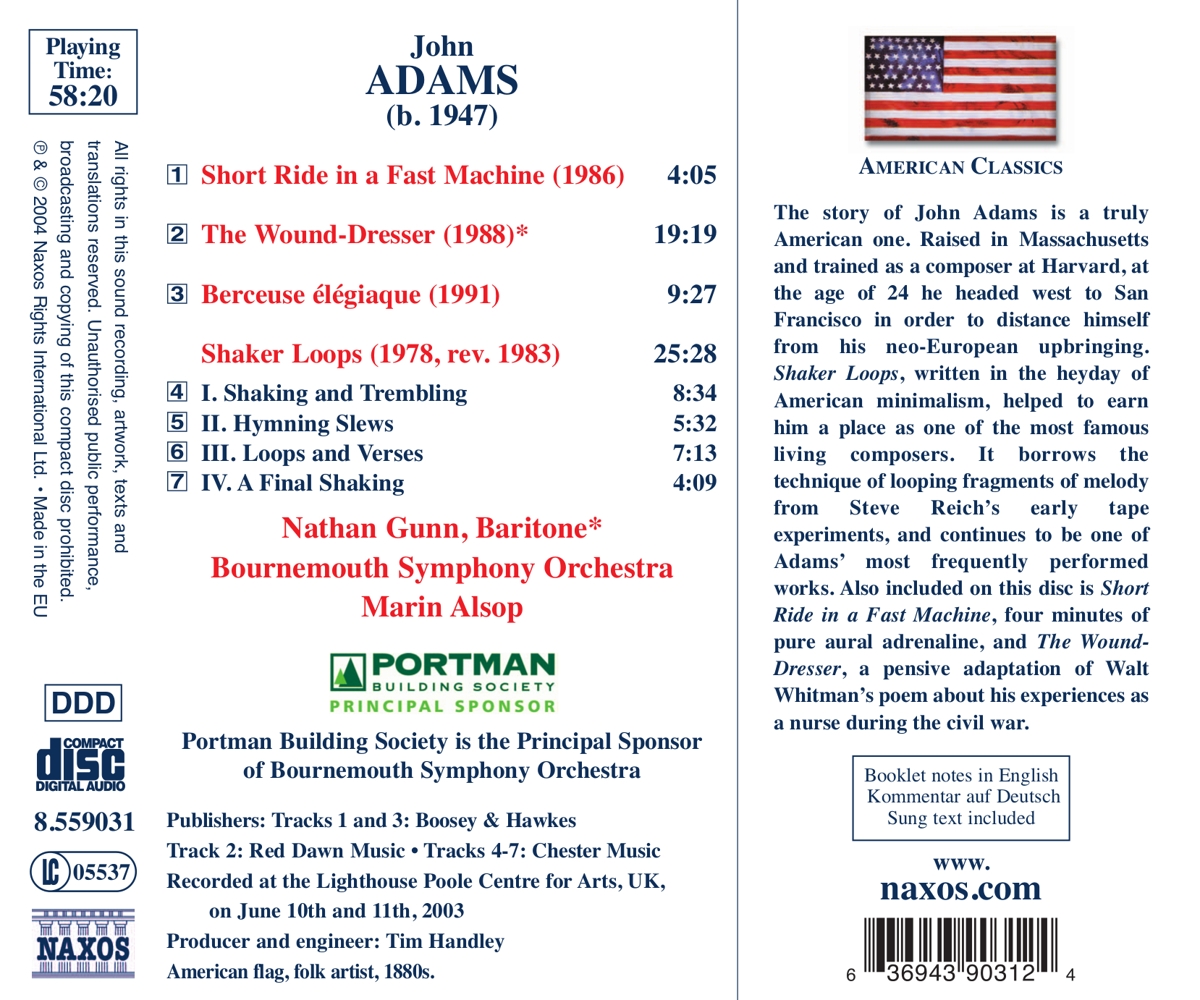 Nur noch 1 Stück am Lager. Danach versandfertig innerhalb einer Woche (soweit verfügbar beim Lieferanten)
EUR 12,99*
Versandkosten
The story of John Adams is a truly American one. Raised in Massachusetts and trained as a composer at Harvard, at the age of 24 he headed west to San Francisco in order to distance himself from his neo-European upbringing. Shaker Loops, written in the heyday of American minimalism, helped to earn him a place as one of the most famous living composers. It borrows the technique of looping fragments of melody from Steve Reich's early tape experiments, and continues to be one of Adams' most frequently performed works. Also included on this disc is Short Ride in a Fast Machine, four minutes of pure aural adrenaline, and The Wound- Dresser, a pensive adaptation of Walt Whitman's poem about his experiences as a nurse during the civil war.