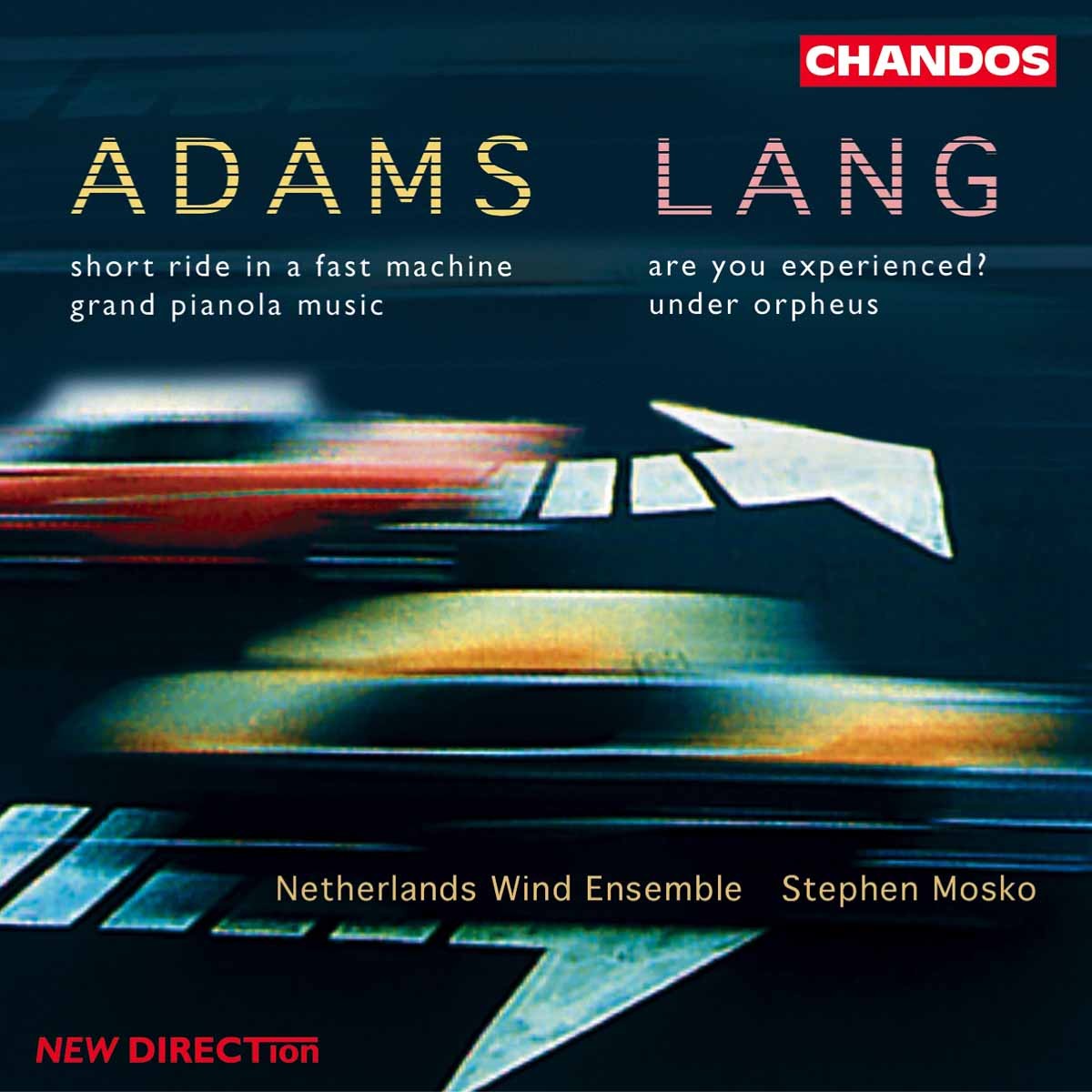 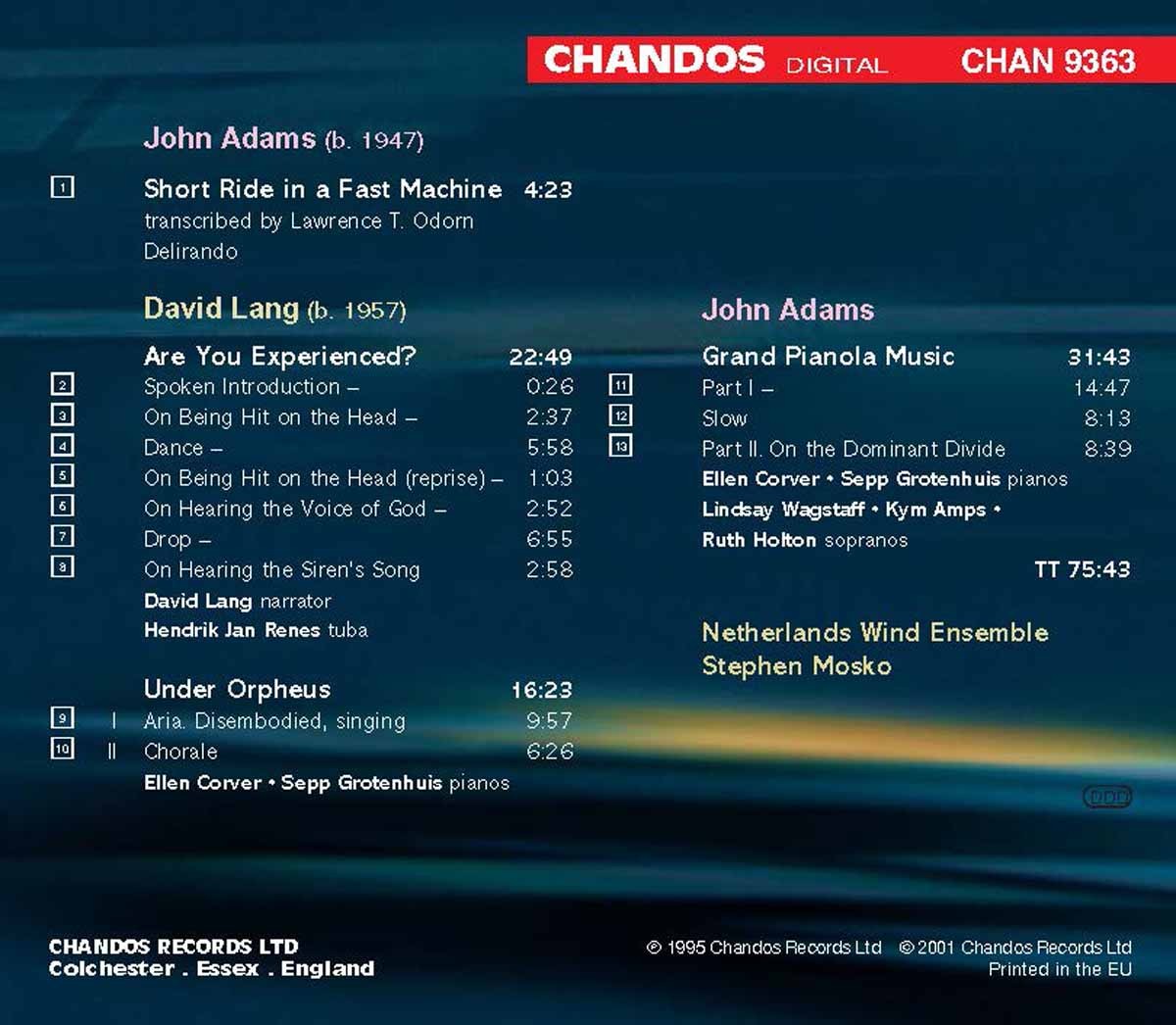 Famous particularly for his operas Nixon in China and The Death of Klinghoffer , John Adams has become a leading figure among those composers inspired by the pioneers of musical minimalism.

Davis Lang is concerned with further exploration of minimalism and ‘how you solve the language and structure problems that minimalism tries to avoid’. Lang has acted as a focal point for the latest developments in the downtown New York musical scene.

A persistent woodblock ostinato generates both the rhythm and the wild manner of Adam’s four-minute composition, Short Ride in a Fast Machine (1986). The composer explains the work’s title: ‘You know how it is when someone asks you to ride in a terrific sports car, and then you wish you hadn’t?” Originally written for large orchestra, the piece is here performed in Lawrence T Odorn’s transcription for band.

Lang’s Are You Experienced? (1990) draws its inspiration from the song (and Album) of the same name by Jimi Hendrix. It takes an instrumental line-up familiar in new music – single woodwind, brass and strings (though no violins), electric guitar, keyboard and synthesizer, perussion-and adds two unusual elements: a solo electric tuba, and a narrator (here the composer himself) who acts as a guide through the work.

In Lang’s Under Orpheus (1989-94) two pianos play single-note tremolos in the first of the composition’s two movements, and two-note tremolos in the second. In ‘Aria’, these instruments lead a pair of almost identical ensembles, mainly woodwind and brass players, which take up their own pianos’ pitches, sustaining and gradually extending them.
Adam’s Grand Pianola Music (1982), scored for two pianos, three sopranos and an ensemble of woodwind, brass and percussion, was inspired by that most American of modern icons, the automobile. The work brings minimalist repetition into a glorious alliance with various elements of the composer’s heritage – Beethoven, Rachmaninov, the American marching band and gospel music – and represents the emotional and parodistic aspects of Adam’s style at their most outrageous.