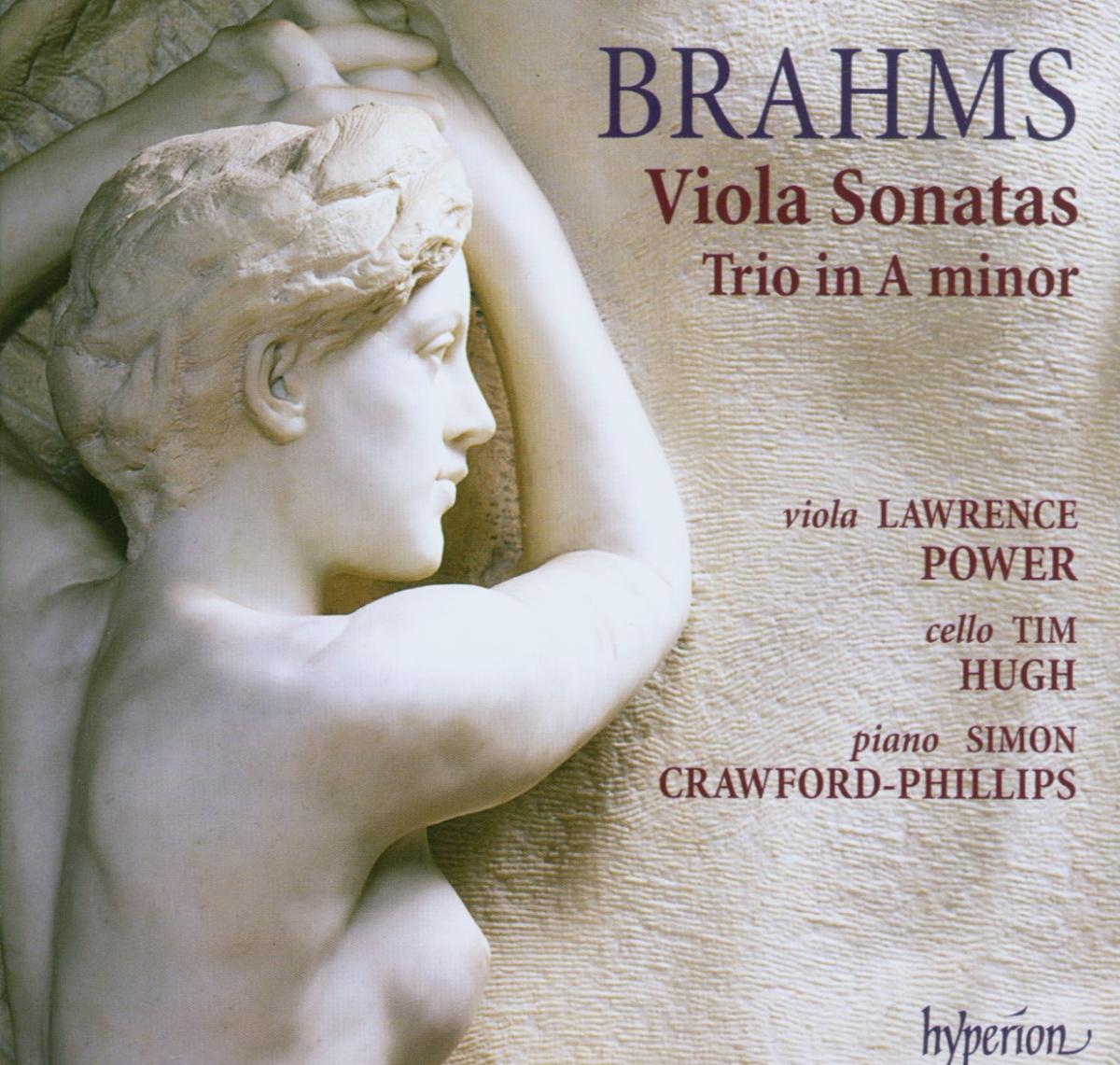 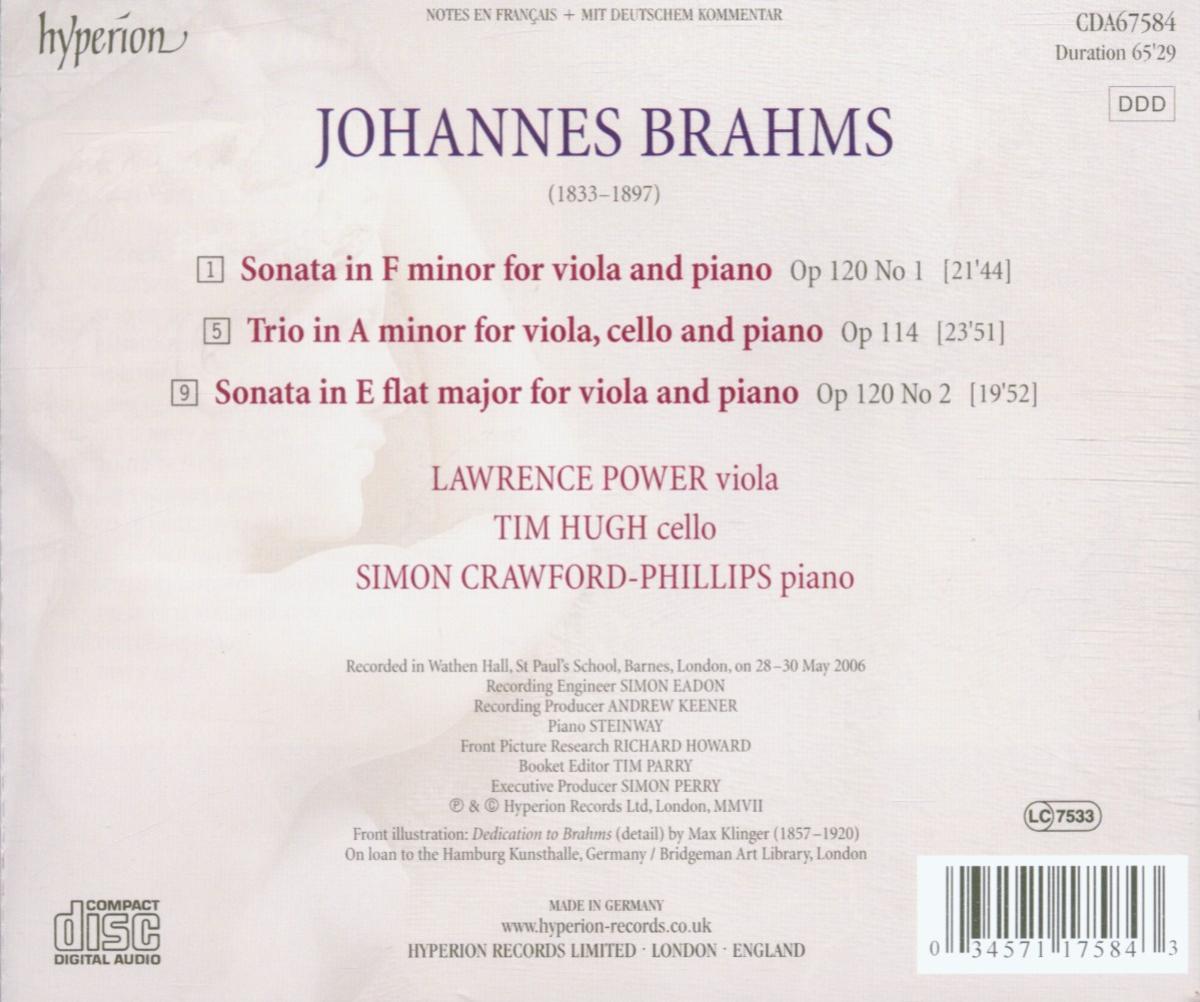 Without the least need to fall back on any ‘viola jokes’, it remains the case that much of repertoire of the ‘by-product of the violin’ is second hand. Brahms’s most important contribution to the viola repertoire were originally conceived for the clarinet, his masterful creations being inspired by the artistry of Richard Mühlfeld, principal clarinettist in Meiningen during the composer’s close relationship with the city’s orchestra in the last years of the nineteenth century. The viola’s unique timbre instills a greater sense of intimacy to these wonderful chamber works, where the clarinet is more obviously soloistic, and Brahms’s pioneering treatment of his chamber instruments as equal contributors to a sublime whole makes the possibility of alternative instrumentations all the more reasonable—versions of the Sonatas were also prepared by the composer for violin and piano, while the viola and piano versions recorded here have rightly won for themselves a popular following. Lawrence Power is rapidly establishing himself as one of the most thrilling young performers around. Acclaimed for his recordings of York Bowen and Cecil Forsyth concertos, he now turns to these cornerstones of the viola repertoire. Brahms’s magnificent craftsmanship and expression of deep feeling are superbly demonstrated by the players in performances of great intimacy.

'Power draws a smooth honeyed tone from his uncredited viola … These are excellent performances, no question, and Hyperion achieves an ideal balance between the instruments' (Fanfare, USA)

'Lawrence Power is such a superlative artist … [his] playing is so full of imagination, sensitivity and gorgeously ample phrasing' (The Guardian)

'The best tonal contrasts come in the revamped Trio, Op 114, with its subtle interplay between Power’s viola, Tim Hugh’s cello and the piano of Simon Crawford-Phillips. Musically and emotionally, it treads a claustrophobic path; but the musicianship lights the sky' (The Times)

'… Power makes a convincing case for these as arrangements - more so than other recommended versions. His tone is strong, never whiny (as violas can be) but capable of some variety in colour and expression. Power's musical relationship with Simon Crawford-Phillips, and especially with Tim Hugh in the trio, gives a lot of pleasure' (BBC Music Magazine)