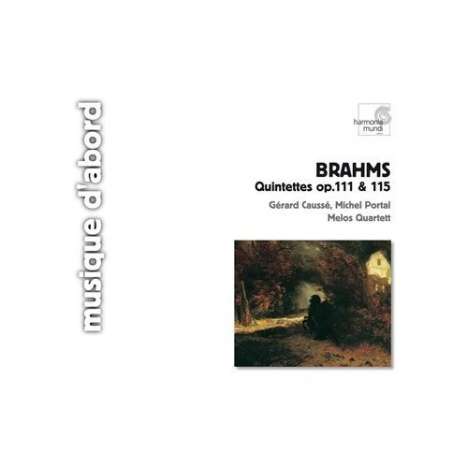 Johannes Brahms (1833-1897)
Klarinettenquintett op.115
CD
EUR 15,99*
When he wrote his second String Quintet, op. 111, in 1890, Brahms thought, strangely enough, that it would be his artistic testament, to be followed by some glorious farniente, a little time between life and death". But this serene work, which disconcerted the composer's friends by its complexity and by the importance it gives to the viola, was to be succeeded by another quintet, this time with clarinet, which was inspired by Brahms's fascination with the playing of the clarinettist Richard Mühlfeld. The supreme masterpiece among his chamber works featuring the clarinet, this sublime opus 115 is undoubtedly one of the composer's most popular works.

This title was released for the first time in 1990."